A diabetic is twice as likely to have depression as someone without diabetes. And that fact is prompting some doctors to rethink how they provide care.
Listen now to WTOP News WTOP.com | Alexa | Google Home | WTOP App | 103.5 FM

WASHINGTON — A diabetic is twice as likely to have depression as someone without diabetes. And that fact is prompting some doctors to rethink how they provide care.

More and more, doctors are looking for the depression-diabetes link in their patients, and they are shifting to new comprehensive models of treatment.

“It is very holistic and very patient-centered,” said Dr. Sherita Golden, a professor at the Johns Hopkins University School of Medicine.

Golden is an expert in diabetes management who learned early on in her career about the dangers of the diabetes-depression connection.

“This patient of mine was so distressed with having diabetes for so long that it reached the point of wanting to commit suicide,” Golden recalled, adding that it sparked her interest in treating both the mental and the physical aspects together in one setting.

Golden says patients have known all along about the link.

“They will say to their physician, ‘When I am going through a more stressful period I notice that my blood sugar is more elevated,'” she said.

It’s a bit of a chicken-or-the-egg phenomenon. The demands of being a diabetic can lead to depression, and people with depressive symptoms produce a fair amount of the stress hormone cortisol, which can result in insulin resistance and lead to diabetes.

And Golden cites one other part of the link: “The high glucose that is associated with diabetes can impact areas of the brain that control how we feel and how we think.”

Research on this mind-body connection is still underway and there remain many unanswered questions.

Some of those studies are being conducted at Johns Hopkins, where diabetics arriving at Golden’s clinic are routinely screened for depression.

“About 20 percent of our clinic population with Type 2 diabetes screens positive for depressive symptoms,” she said, noting that follow-up psychiatric evaluations reveal about 17 percent actually have a major depression.

Golden said that most patients do best when they are treated in a familiar setting, getting needed mental health services in conjunction with a clinic or office where they get primary care.

“You are in a group setting so there is a psychiatrist, a primary care physician who is usually an internist, and like a nurse case manager,” she said, adding that kind of comprehensive treatment not only improves depression, but can keep blood glucose levels in check, as well.

The American Diabetes Association has tips for spotting depression on its website, and urges diabetics who have several of these symptoms, or who have been feeling depressed for two weeks or more, to seek professional help. 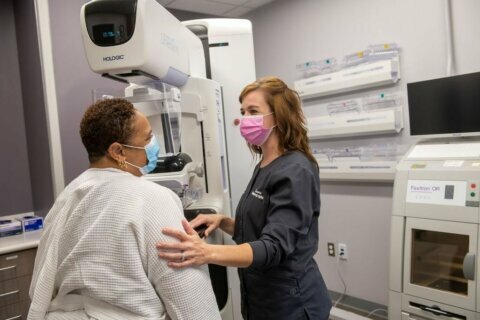