Secret to a long life could be retirement age

Want to live a long and happy life? The secret might have to do with when you stop working.
Listen now to WTOP News WTOP.com | Alexa | Google Home | WTOP App | 103.5 FM

WASHINGTON — Working beyond age 65 could lead to a longer life. That’s the big takeaway from a new report by researchers at Oregon State University.

The research team examined data collected by the National Healthy Retirement Study, which followed 12,000 American adults from 1992 to 2010.

They focused on about 3,000 participants who retired during the study period.

Those who worked until age 66 had a much lower mortality rate than those who took an early retirement — even when researchers adjusted for the health of the retirees at the time they left the daily grind.

The researchers say they are not sure why, but they say the social and economic benefits of working may have something to do with longevity.

A grant from the National Institutes on Aging supported the research, which was published in the Journal of Epidemiology and Community Health. 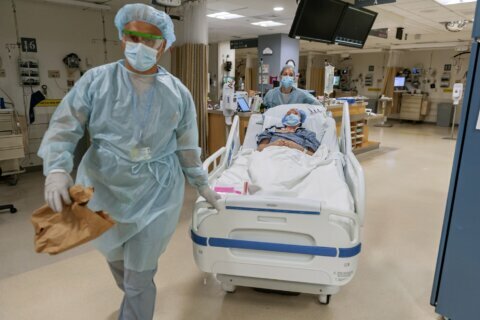 Playing with bubbles for science: WashU researchers are developing a noninvasive way to diagnose brain cancer