Study: Teen e-smokers more likely to move on to the real thing

WASHINGTON — One of the arguments in favor of electronic cigarettes: they’re an effective, harmless substitute for real tobacco. But…

WASHINGTON — One of the arguments in favor of electronic cigarettes: they’re an effective, harmless substitute for real tobacco. But a new study may put a dent in that concept, at least among teenagers.

A study of Los Angeles high schoolers, to be published in the Journal of the American Medical Association, finds that teenagers who used e-cigarettes were about four times as likely to take up regular tobacco in the next six months (31 percent to eight percent) than those who didn’t.

“These data provide new evidence that e-cigarette use is prospectively associated with increased risk of combustible tobacco use initiation during early adolescence,” the authors write.

They concede, however, that they haven’t yet proved that e-cigarette use actually causes tobacco use. However, “this is the largest study of its kind that observes that there is this link,” CBS News correspondent Barry Bagnato tells WTOP. There hasn’t really been enough scientific evidence to support regulation of e-cigarettes, he adds, but that could be changing.

A few factors complicate the drive to regulate e-cigarettes, Bagnato says. For one thing, they do provide benefits for those who are trying to quit tobacco, though as Bagnato points out, those are mostly adults. “Not so much the young people who haven’t started cigarette smoking yet,” he says.

Bagnato says he’s spoken with Robin Koval, of the anti-smoking group Truth Campaign, who believes the study should push regulators to limit the product’s accessibility to kids.

Still, without a definite link, it’s going to be very difficult to push lawmakers and regulators to make rules regarding e-cigarettes, Bagnato says. Researchers are still working out whether e-cigarettes are actually harmful to the general public, or to specific groups, such as teenagers, whose bodies are still developing.

Until that happens, he says, regulation of e-cigarettes, even to adolescents, is a long way coming. 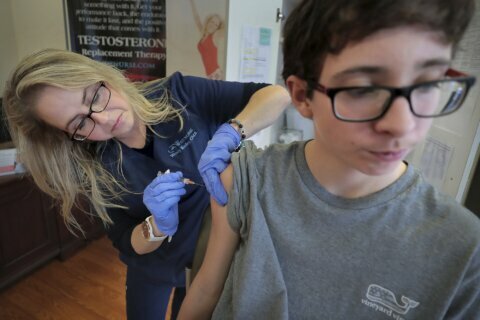 List of sports events affected by the coronavirus outbreak