The reporter who broke the news that University of Virginia murderer Jesse Matthew Jr. has cancer and was being transferred from a "supermax" prison to get treatment describes how she got the story.
Listen now to WTOP News WTOP.com | Alexa | Google Home | WTOP App | 103.5 FM

News that the man serving life in prison for the murders of Hannah Graham and Morgan Harrington had cancer and was being transferred from a “supermax” prison to receive treatment came as a surprise to most people, but not to Richmond, Virginia, television reporter Laura French.

French had conducted two telephone interviews with Matthew — the first since he was sentenced to four life sentences in 2015 for the 2014 murder of University of Virginia student Hannah Graham and the 2009 murder of Virginia Tech student Morgan Harrington.

In addition, Matthew was sentenced to three life sentences for the 2005 rape and attempted murder of a woman in Fairfax, Virginia.

Graham, of Fairfax County, and Harrington were each abducted in Charlottesville and buried in neighboring Albemarle County.

“I had been writing Jesse Matthew since the day he entered a plea deal on the Hannah Graham and Morgan Harrington cases,” French said. She is in her fifth year with Richmond’s CBS affiliate WTVR, after working and living for a decade in Charlottesville.

“It was a one-way relationship, where I was writing him constantly in prison,” French said. The only time she received any response was about a year ago. “A Virginia Department of Corrections official contacted me to say he acknowledged my letters, and he would think about my request for an interview, but would have to discuss it with his family and attorney,” French said.

“In the first week of May, I received an email from the Department of Corrections saying, ‘Jesse Matthew has accepted your request for an interview, when would you like to set this up,’” French said. “I, of course, was completely in shock. I didn’t think that day would ever come.”

French knew there was no chance of an in-person, on-camera interview with Matthew.

“Red Onion State Prison does not allow any recording devices. It’s a ‘supermax’ facility and that was just not an option,” French said. “Just to go tour it inside, so I could tell viewers what it was like, they had turned every request down.”

French set up a telephone interview, to speak with Matthew on Wednesday, May 8, at 1:15 p.m.

In the CBS 6 studio, technicians set up cameras to record French’s questions and reactions, and Matthew’s answers.

“He was the first to talk. He said, ‘Hello.’ I said, ‘Hello, Mr. Matthew, thank you for the opportunity to interview you.'” But when Matthew started speaking, French could barely hear him.

“Our technical people were saying, ‘We can’t understand him,'” French said. “I asked if he could get closer to the phone, but I knew we really didn’t have much control (of the technical situation) over there.”

While French sat in her studio, Matthew’s setup was very different.

“He’s in this 8-by-10 cell. There’s a little slat in the door of that cell. They put the offender phone through that slat, and that’s how he talked to me. He was still in his cell. This was not an opportunity to stretch out a little and get a break from his cell. They stick the offender phone through the cell, and that was his means of communicating with me.”

As French began to immediately delve into her questions, Matthew wasn’t ready for that.

“He said, ‘I really don’t know anything about you. I’d like to get to know you. Where are you from?'”

French ticked off her credentials as an investigative reporter, and experiences in Richmond and Charlottesville. She was a consultant on CBS News “48 Hours” broadcast about the Hannah Graham and Morgan Harrington murders. (Editor’s Note: WTOP’s Neal Augenstein was a consultant on the same broadcast)

“He kind of made small talk, like, ‘I’m going to have to get to know you,'” French recalled. “He used the word rapport. ‘We’re going to have to develop a rapport before I answer all your questions.'”

Matthew asked French what she intended to do with the interview.

“I told him the reason I have reached out to you all these years, and written all these letters, is because I made a promise to one of your victims, the family of Morgan Harrington, that I would never give up trying to speak to you,” French said. “They feel you hold information that could prevent future crimes, and they’ve made it their mission, through this nonprofit, to help save the next girl.”

Shortly after their daughter’s murder, Gil and Dan Harrington established Help Save the Next Girl — a personal safety advocacy group.

French said she was hoping to secure a series of interviews to use in a documentary.

Toward the end of the May 8 interview, Matthew dropped a bombshell: “I just now found out that I have cancer,” he told her.

With the poor quality of the phone connection, French made sure she had heard correctly, asking Matthew, “Jesse, did you just say that you have cancer?” He confirmed it.

French asked what kind of cancer, and what his prognosis was, but Matthew was evasive.

French thought perhaps Matthew was trying to get sympathy.

“He said, ‘I just learned and until I get more information, I’m not going to be talking about this,'” French said. “So, to me, I didn’t know that I could trust he was being truthful about his diagnosis.”

One week later, during their second interview on May 15, Matthew continued to avoid answering many questions directly.

Asked if he was sorry, Matthew responded, “I don’t know if I can answer that question right now, truthfully. Maybe in another interview.”

Matthew said he was a religious man. “Even though I didn’t practice the way I should have been practicing,” he told French, adding that he “stepped away from Christ for a while.”

French was perplexed about Matthew’s answers.

“I don’t know how he thinks. What do you have to lose by showing remorse, if you even have it,” French said. “You’re never getting out. Nothing’s going to change. Even if you’re dying. To me — a normal human being, who doesn’t break the law — why not say you’re sorry? Why not show remorse? I don’t know.”

Still, French wasn’t planning on reporting that Matthew said he had cancer, or that he was granting his first interviews ever.

But several people knew what story she was working on.

“I’d contacted both families involved. I contacted law enforcement. Because I wanted to see whose blessings I had” in conducting the interviews, she said. “I had everyone’s blessings, except for the family of Hannah Graham.”

And, it was a text from Gil that changed Laura French’s plans on when to report about her interview with Matthew.

“She’d been told he had stage 4 colon cancer, and was being transferred out of Red Onion to another prison to get treatment,” French said.

French confirmed Matthew had been transferred from Red Onion to Sussex One State Prison in Waverly, Virginia, about an hour south of Richmond.

“When we found out he had cancer and had been transferred out of a supermax facility for treatment, we knew we had to go with it,” French said. “That was pushing our hand to go forward with what we had.”

French’s exclusive quickly spread — the notorious killer of two college students who was serving the rest of his life in prison was seriously ill and had been moved out of the state’s highest security prison for treatment.

Some people weren’t interested in hearing what Jesse Matthew had to say.

“I’ve had some hateful comments. I get it. He did some horrific things and he terrorized the community for more than a decade,” French said.

Still, French knew she had a job to do — both for her viewers, and in her mind, the Harrington family.

“I knew I was going to get some backlash because any time you give a voice to someone convicted of horrific crimes, there are going to be some people who disagree with it. I respect that.”

French believes she will have another chance to speak with Matthew.

“The last thing he said is he had more to say, and he’d be in touch by phone or email.” 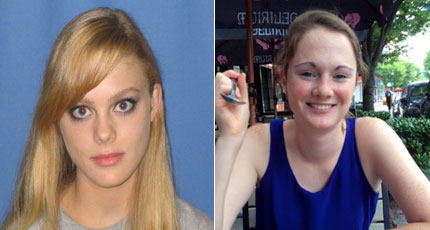 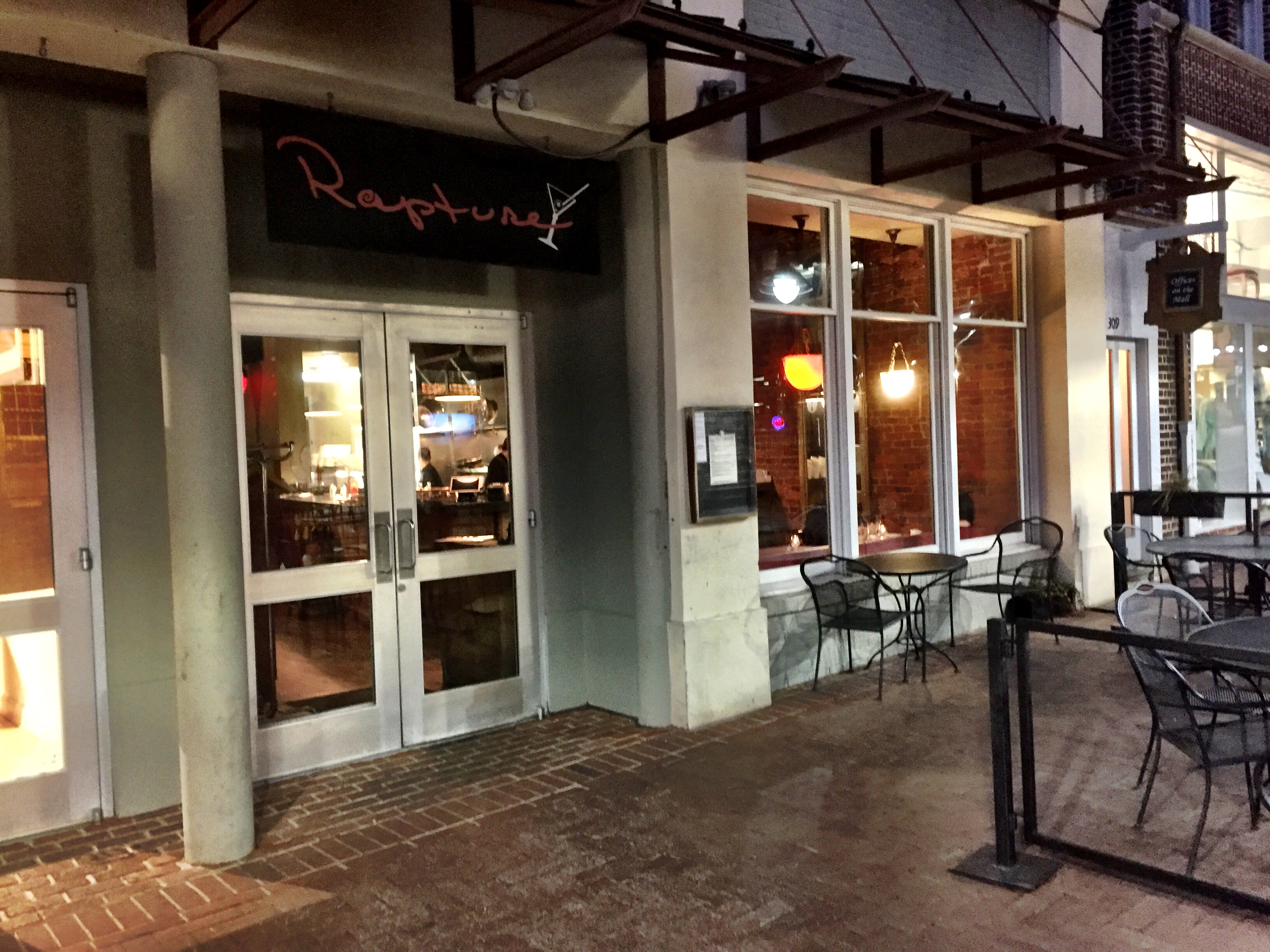