Sure, the District itself is open for business, but as the term “Federal City” implies, most federally funded locations are shuttered during the government shutdown. Here's what you need to know.
Listen now to WTOP News WTOP.com | Alexa | Google Home | WTOP App | 103.5 FM

WASHINGTON — Sure, the District itself is open for business, but as the term “Federal City” implies, most federally funded locations are shuttered during the government shutdown, which has been in effect since Dec. 22.

Not even the National Park Service website is being updated.

“During the federal government shutdown, this website will not be updated and may not reflect current conditions. Some national parks may remain accessible to visitors; however, access may change without notice. Some parks are closed completely. Some visitor services may be available when provided by concessioners or other entities. For most parks, there will be no National Park Service-provided visitor services, such as restrooms, trash collection, facilities, or road maintenance.”

WTOP has an FAQ about what to expect during the shutdown.

The Zoo’s famous panda cam has also been turned off, but the animals are still being fed and cared for, reports NBC Washington.

As of Tuesday morning, WTOP’s Alejandro Alvarez reports that it’s mostly news crews outside the National Zoo and tourists who are confused about why it’s not open.

Aside from a handful of tourists muttering “this sucks” and “what the hell” at the shuttered National Zoo this morning, there was this boy who came back twice, as if he expected the gates to suddenly open again. @WTOP #GovernmentShutdown pic.twitter.com/KyJYRcndy9

One local business owner, Yael Krigman of Baked by Yael across from the National Zoo, told WTOP the shutdown is hurting operations.

“I rely on the zoo visitors, staff and volunteers who will be kept away if the shutdown persists,” Krigman said in a statement.

She also said her company support federal workers during the shutdown.

“We’re doing what we can to add some joy to a very stressful time for many people,” Krigman explained.

At least one WTOP reader/listener said they were unable to get their marriage license due to the shutdown. D.C. courts confirmed on their website that the marriage bureau is closed. 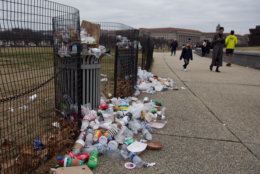 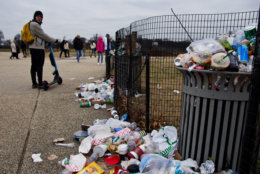 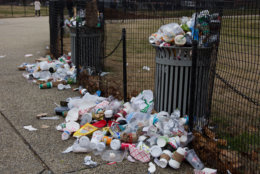 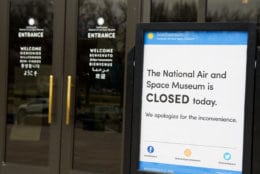 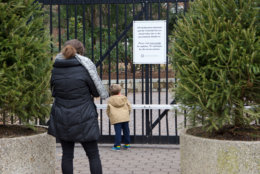 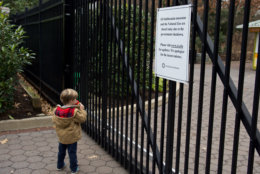 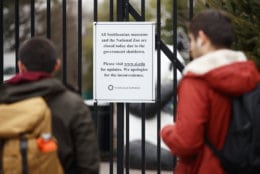 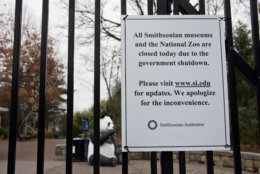 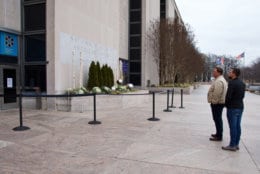 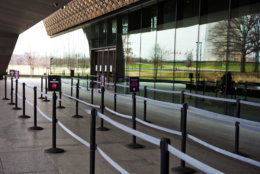 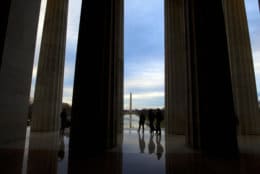 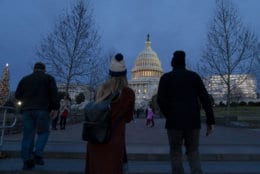 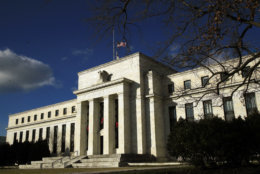 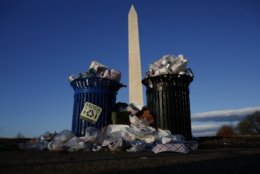 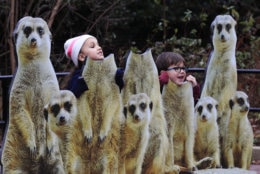 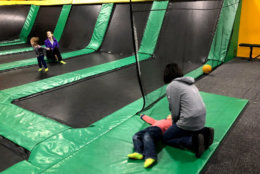 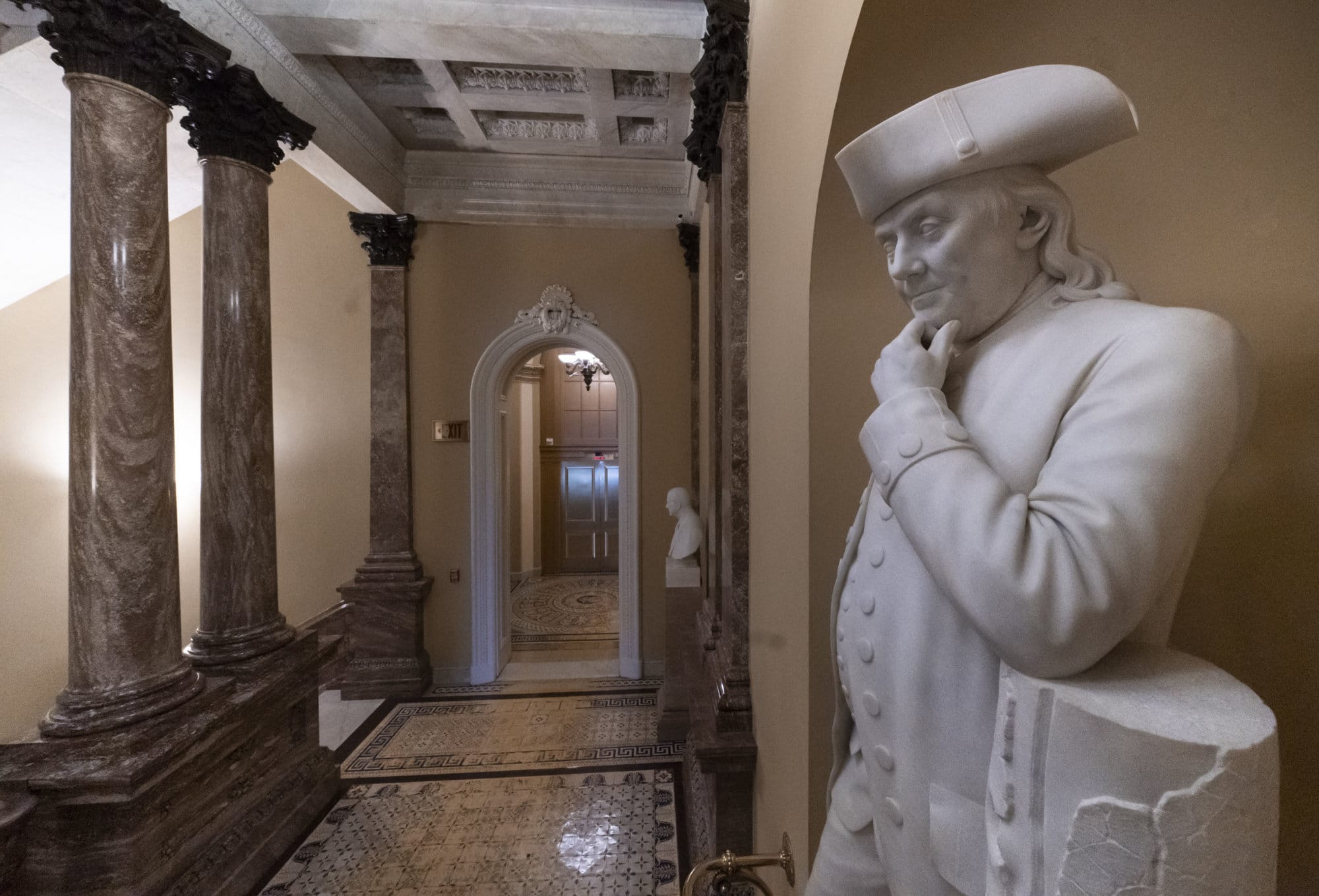 So what’s open and closed?

The National Gallery of Art will close on Jan. 3.

Memorials on the National Mall remain open to visitors but are unstaffed. No tours, no Rangers.

If you’re looking for restrooms, they can be found at the World War II Memorial, the Lincoln Memorial (on the south side) and the Thomas Jefferson Memorial.

Unlike the Smithsonian sites, most of the private museums and attractions (which charge entrance fees) are open, including the National Geographic Museum, the Newseum, the Phillips Collection and Madame Tussauds.

Other sites still open include, but are not limited to the following:

People will still be able to see the city’s monuments and memorials and the National Mall, but visitor centers and park ranger talks won’t be available.

“You’ll still have access to the those things. You’ll still have an opportunity to get on a Segway, get on a bicycle or walk through the city,” said Elliott Ferguson, president and CEO of Destination DC, the city’s official tourism organization.

The winter months tend to be a slow period for major conventions and meetings in the nation’s capital, but Ferguson could not rule out the possibility that some visitors to D.C. may have postponed trips because of the partial shutdown.

“We’re keeping our fingers crossed that this government shutdown will be a short-term thing, and we’ll be able to get back to business as usual,” Ferguson said.

Of course, D.C.’s bars remain a bastion for those so motivated.

And WTOP has a list of shutdown specials for furloughed government workers. 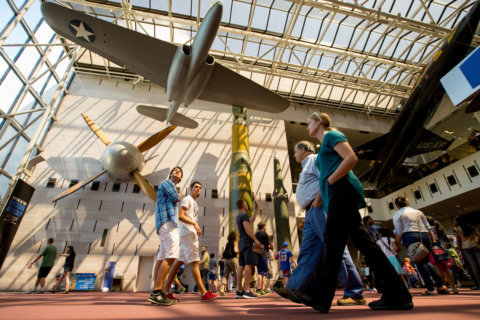 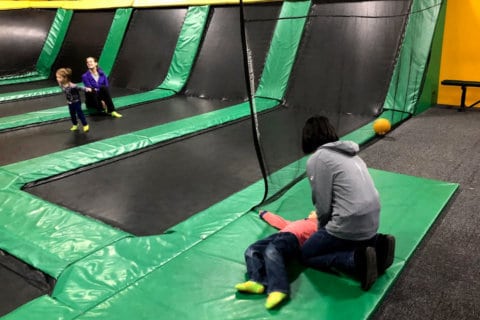