It opened just after midnight with one right lane of southbound traffic on South Capitol Street.

WTOP Traffic Reporter Dave Dildine said Interim Director of the District Department of Transportation Everett Lott was in one of the lead cars to first get on the new bridge, as the rest of the traffic followed.

While Lott drove, DDOT Chief of Staff Ronnie Dampier biked across the bridge on the new wide sidewalks.

On Sunday at approximately 3 a.m., northbound traffic on South Capitol Street will be shifted onto the new bridge. All travel lanes will be open in both directions by Sunday morning, DDOT said.

The old bridge will be decommissioned and closed permanently once the new bridge is completely open.

The city held a ceremonial ribbon-cutting Tuesday attended by elected leaders and people with ties to the bridge’s namesake.

See photos of the bridge’s opening. 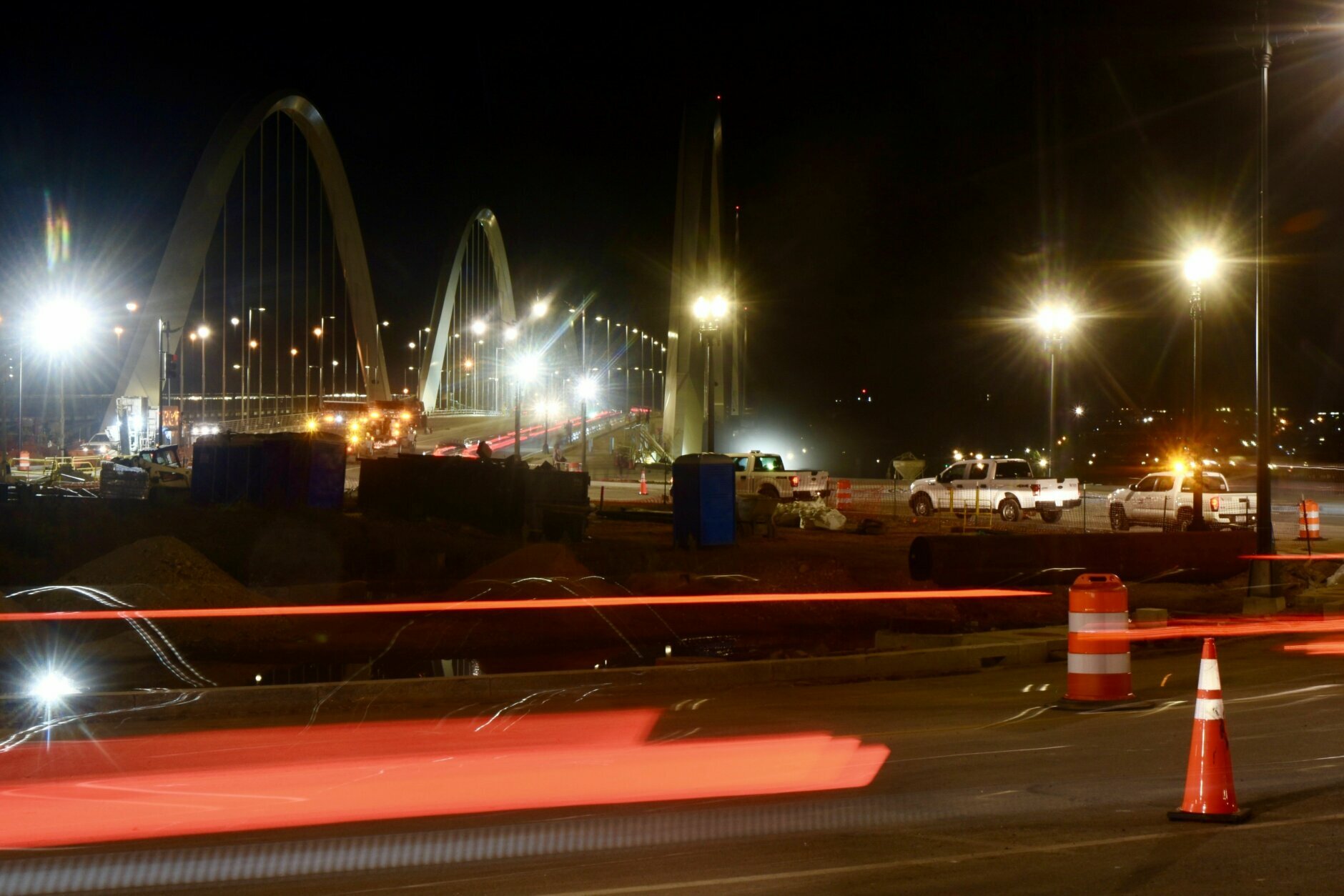 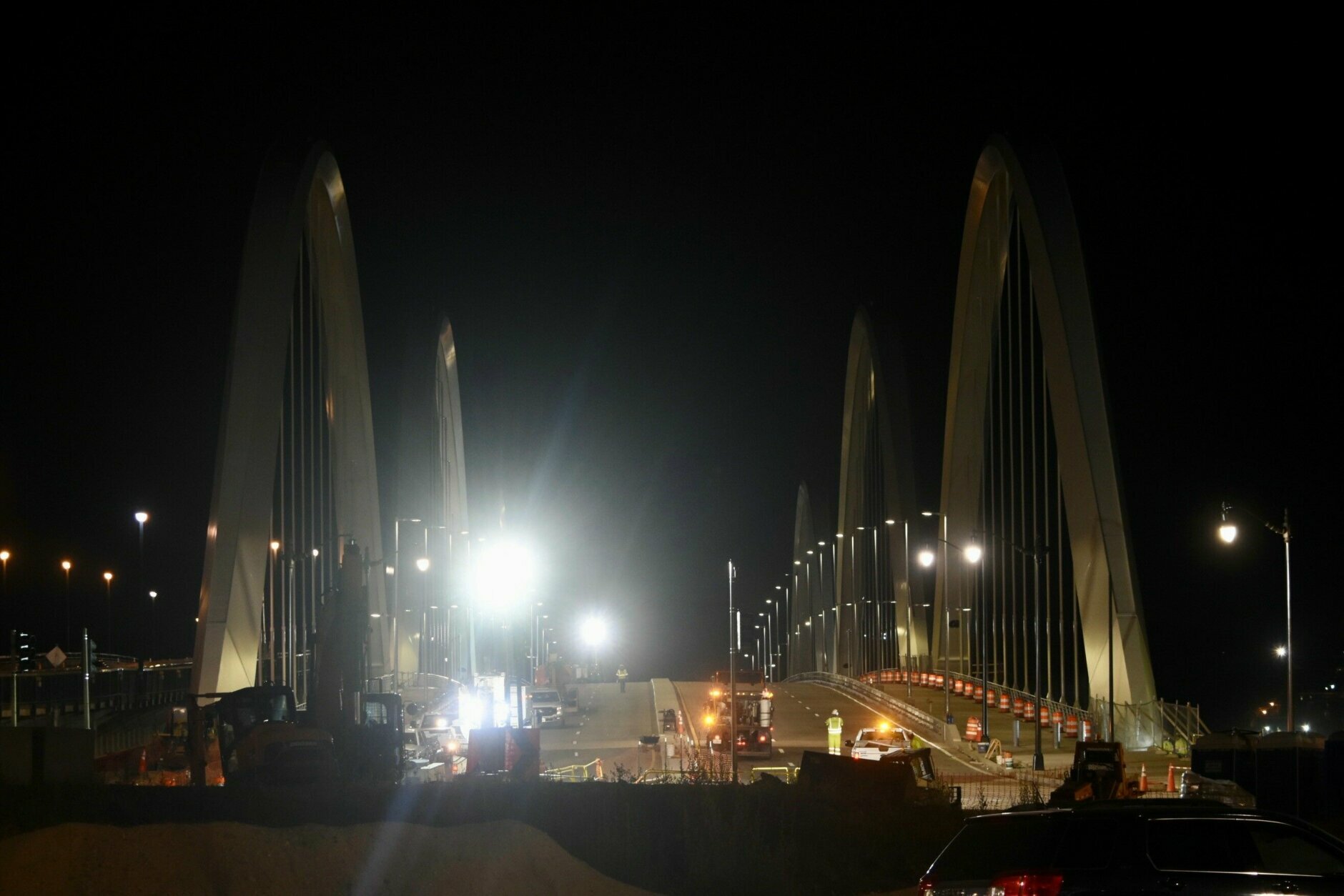 2/6
The new Frederick Douglass Memorial Bridge in D.C. is set to open this weekend. (WTOP/Dave Dildine) 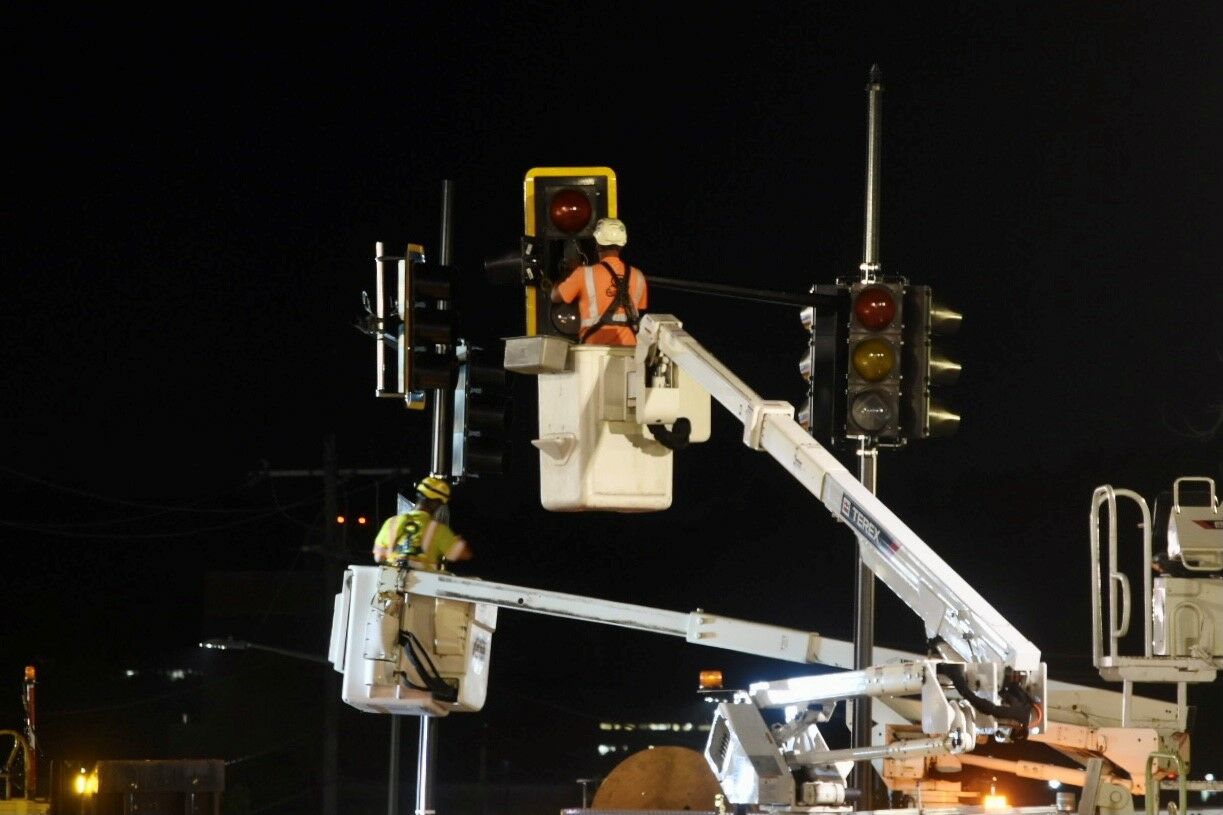 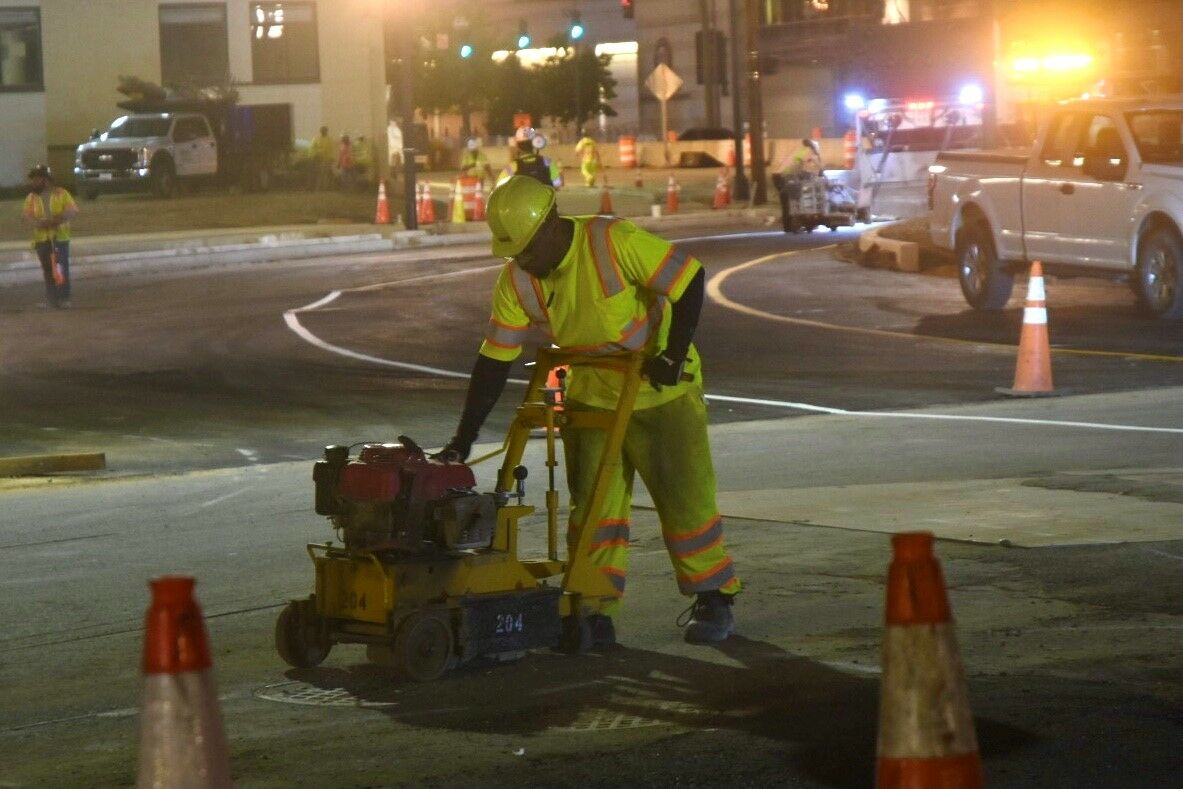 4/6
Crew work on the new Frederick Douglass Memorial Bridge ahead of its opening this weekend. (WTOP/Dave Dildine) 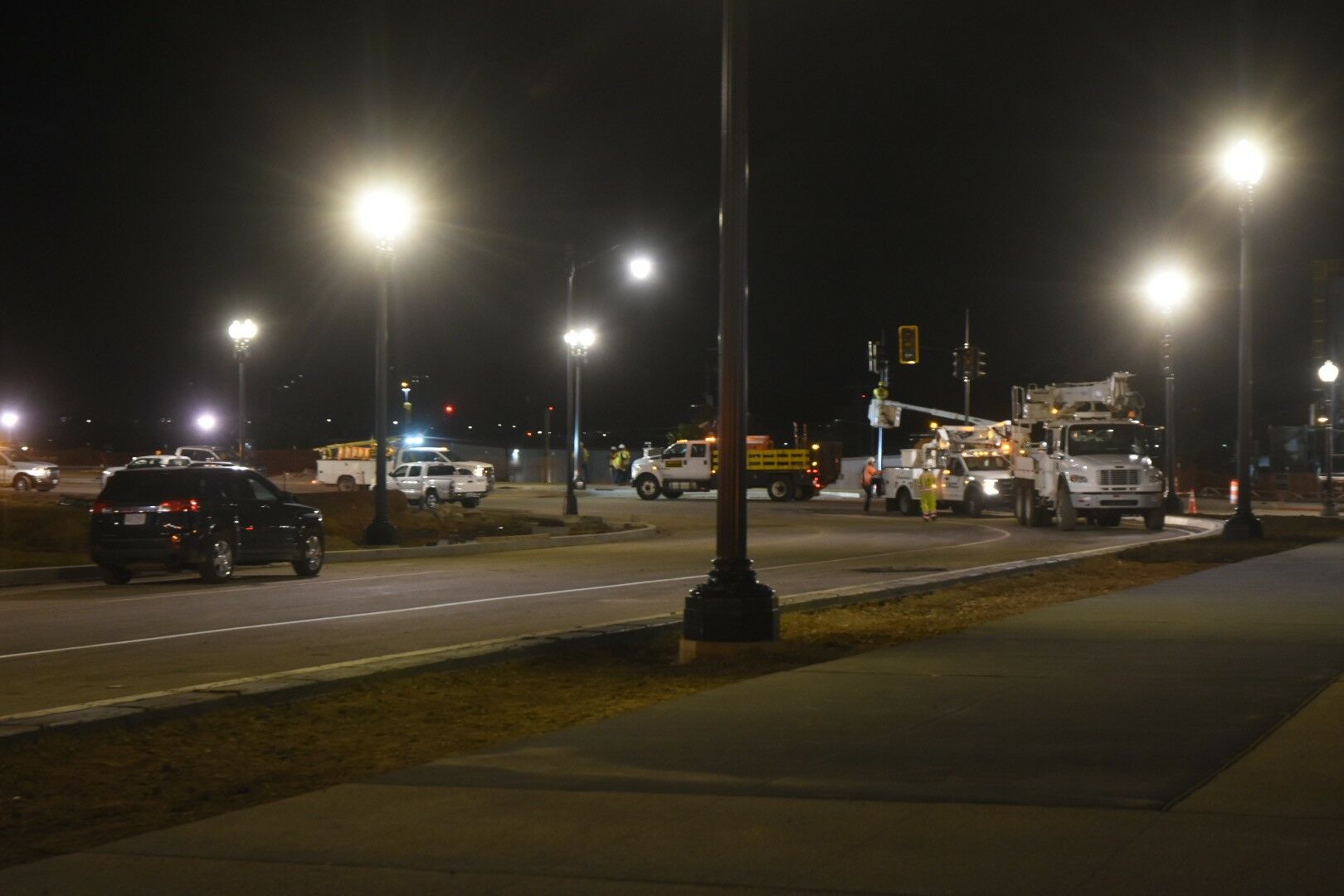 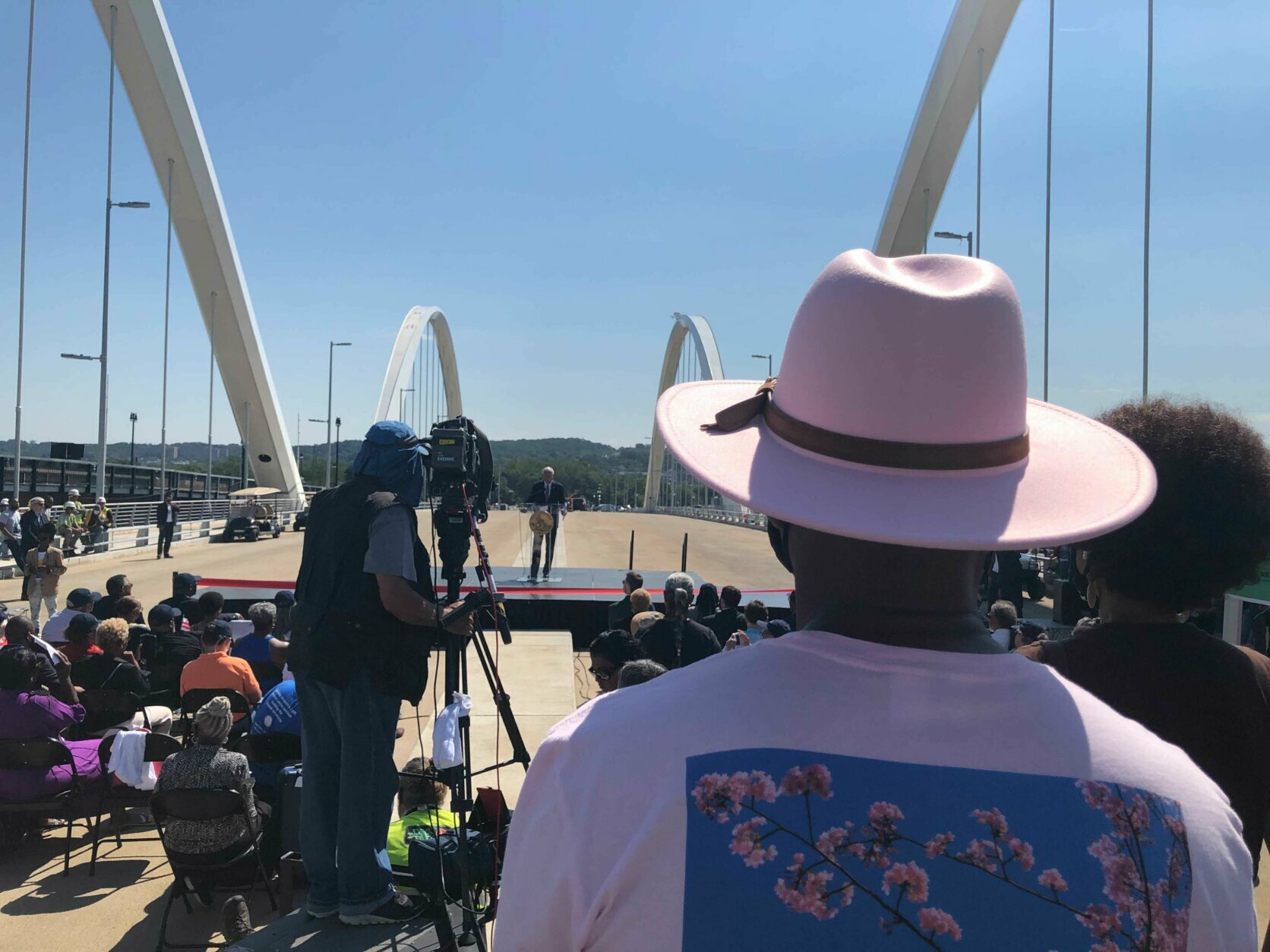