The impromptu celebration by thousands of people near the White House upon hearing the news that former Vice President Joe Biden had become President-elect on Saturday was well-documented on social media by many who rushed to be part of the historic event.

Beer and Champagne flowed and music wafted in the air during the revelry, not just in D.C. but in cities across the U.S.

Many people took “I-was-there” selfies and shared their mark in history on social media platforms Facebook, Instagram and Twitter. But award-winning Maryland street photographer Chris Suspect wanted to document the momentous event in a different way. 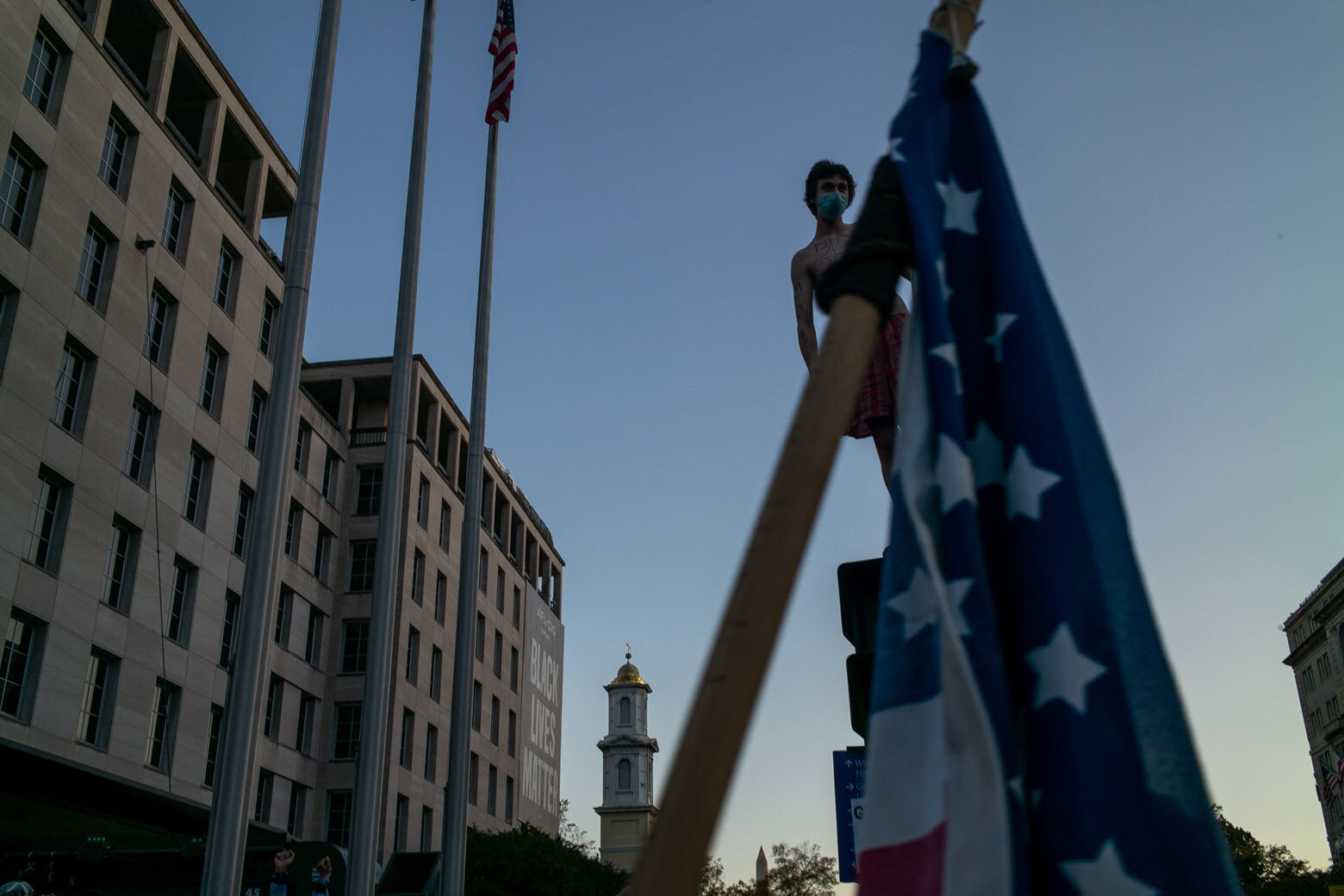 “If you’re asking me what I’m seeing through my viewfinder, I don’t particularly focus on peoples’ faces or body language,” Suspect said. “What I’m really looking for is how to tell a story of the day in a single frame.”

After more than 10 hours of shooting Saturday, Suspect was asked early Sunday morning what equipment he used to capture the images. 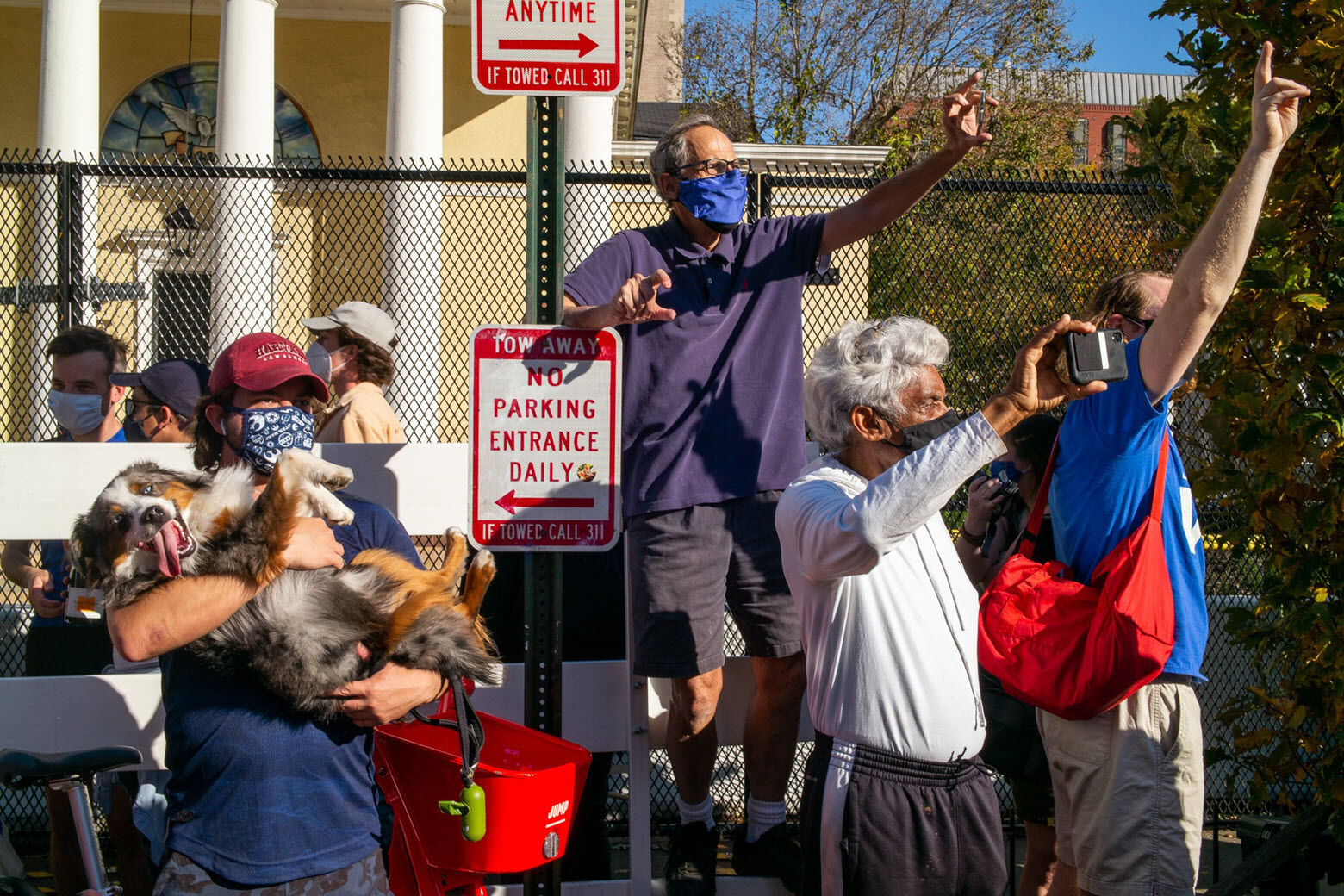 Crowds gathered Saturday near Lafayette Square Park in D.C. This is the area where law enforcement forcefully cleared protesters on June 1, shortly before President Donald Trump walked to St. John’s Church to pose for photographs.

“I try to encompass it all into a single frame, to try to tell a fuller story instead of just a singular detail,” Suspect said. 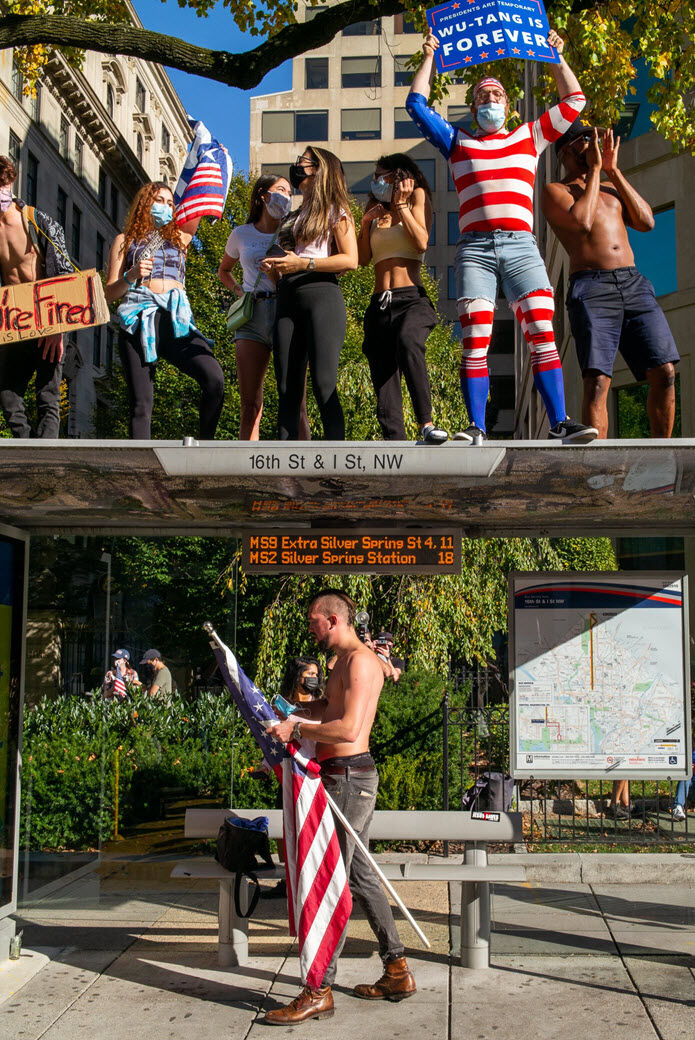 Many of the people celebrating are doing things they might not normally do — drinking in public, scaling flagpoles and standing on the roofs of bus stops.

“I actually never ask anybody to take their photos in public,” Suspect said. “I’m in public now, so it’s a legal thing to do.” 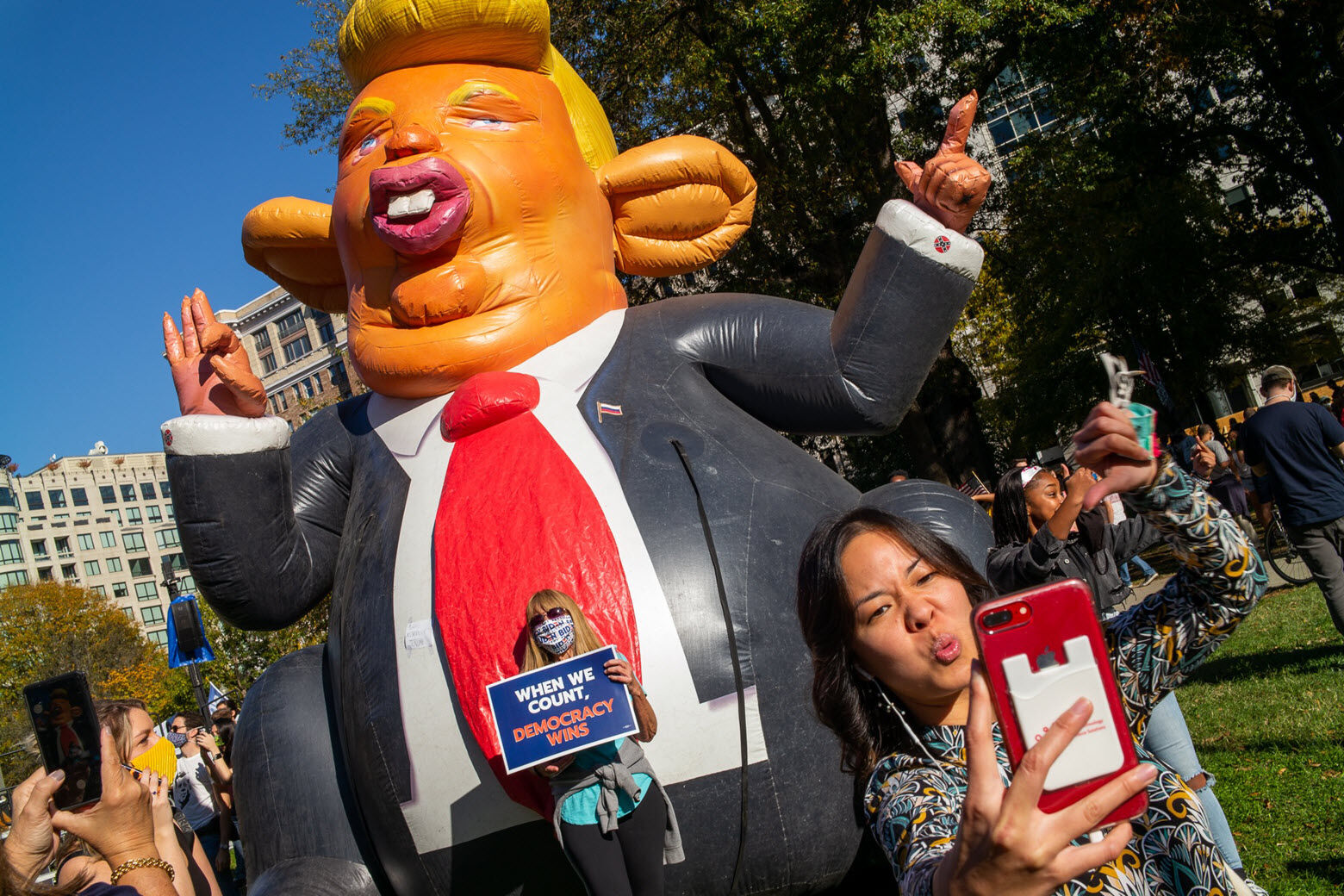 4/6
The street photographer attempts to snag lightning in a bottle. (Courtesy Chris Suspect)

Suspect, whose photo books sometimes capture the seamy side of life, said when he arrives on a scene to document an event, he doesn’t think about how the photographs will eventually be displayed. 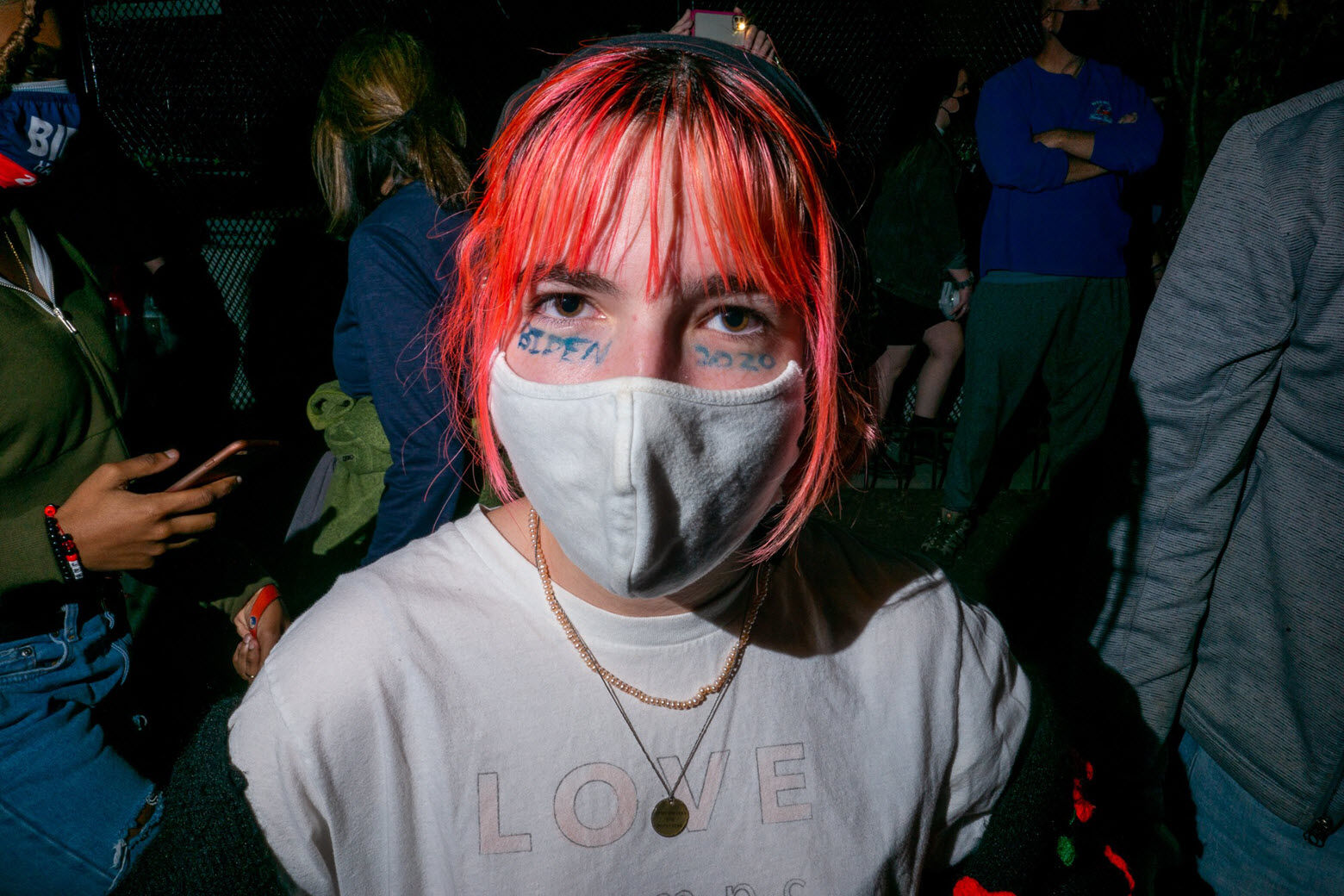 5/6
The subjects of his photos often don’t know they are being photographed. (Courtesy Chris Suspect)

While people who snap photos to post on social media can choose whether to delete an image in which they don’t like the way they are portrayed, a documentary photographer’s work memorializes a moment that any person could observe in public.

Suspect said the people he photographs often ask where they can see the images.

“Everyone here is willing to be documented having fun and having a good time,” Suspect said. 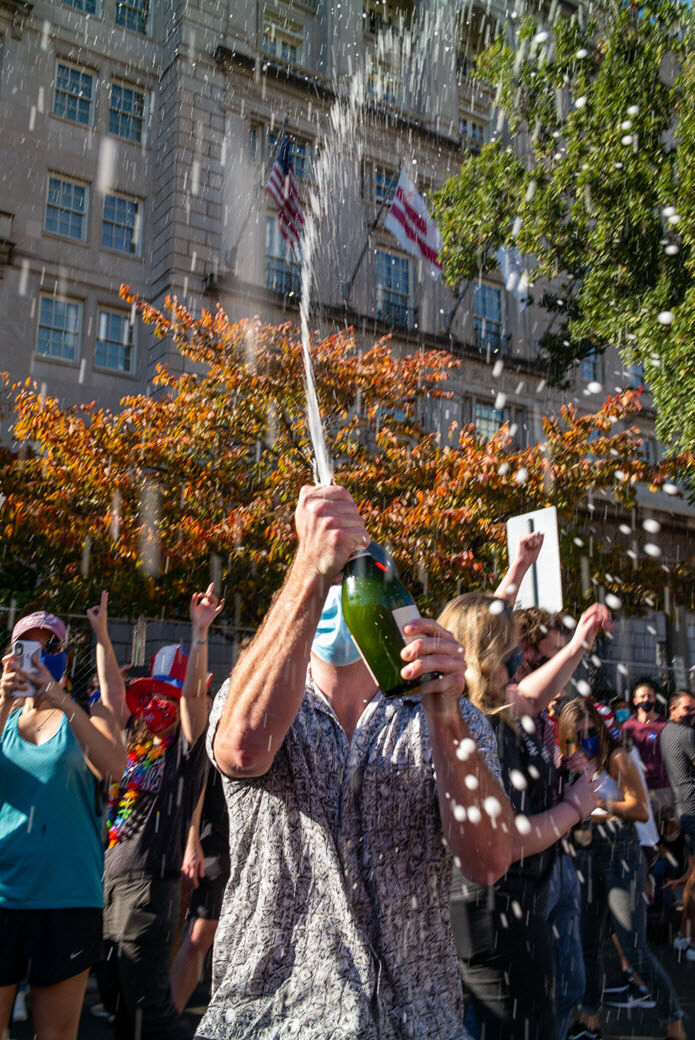 “Who knows what will become of these photos? It’s a moment in time. It’s a historic moment. This is something that matters right now,” Suspect said. “And 20 years from now, these photos could also be very important.”

Like history, the future of Suspect’s images is still to be determined.

“These are all my little babies — hopefully they’ll stand the test of time, like a really good wine.”