Dog on the ice: The newest member of the Capitals might need extra skates

Monumental Sports Entertainment, which owns the Capitals, announced that Scout, an 8-week-old Labrador retriever, will live with and be raised by the company while he trains to become a service dog for a veteran or a first responder with disabilities. 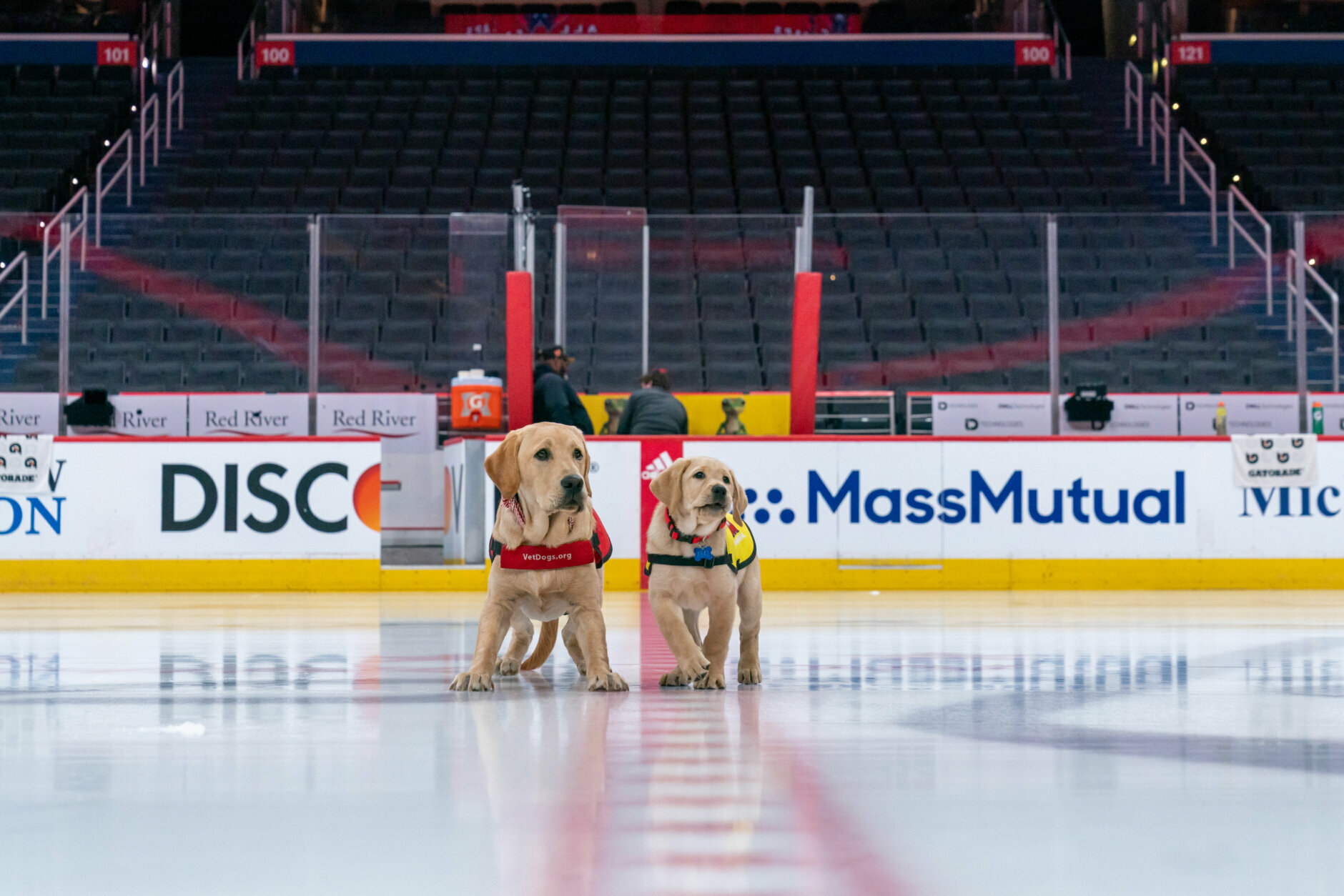 Captain and Scout at the Capital One Arena. (Washington Capitals/Jess Rapfogel)

The newest member of the Washington Capitals doesn’t have a lot of experience, but is showing tremendous potential. 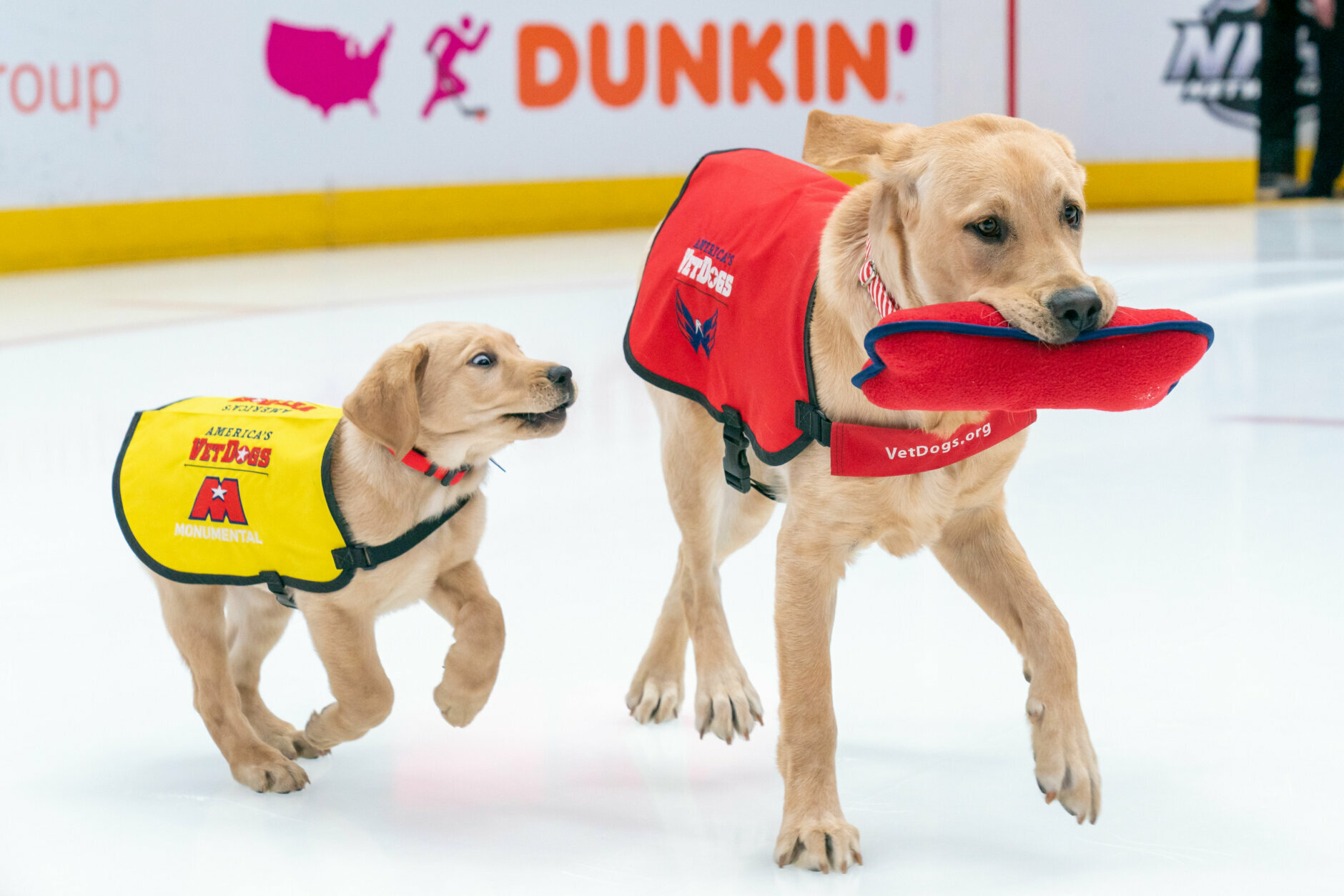 Scout joined Captain, who became part of the team last October, for the Caps’ game Wednesday night against the Nashville Predators.

The dogs will attend some home games at the Capital One Arena, as well as Monumental events in the community. 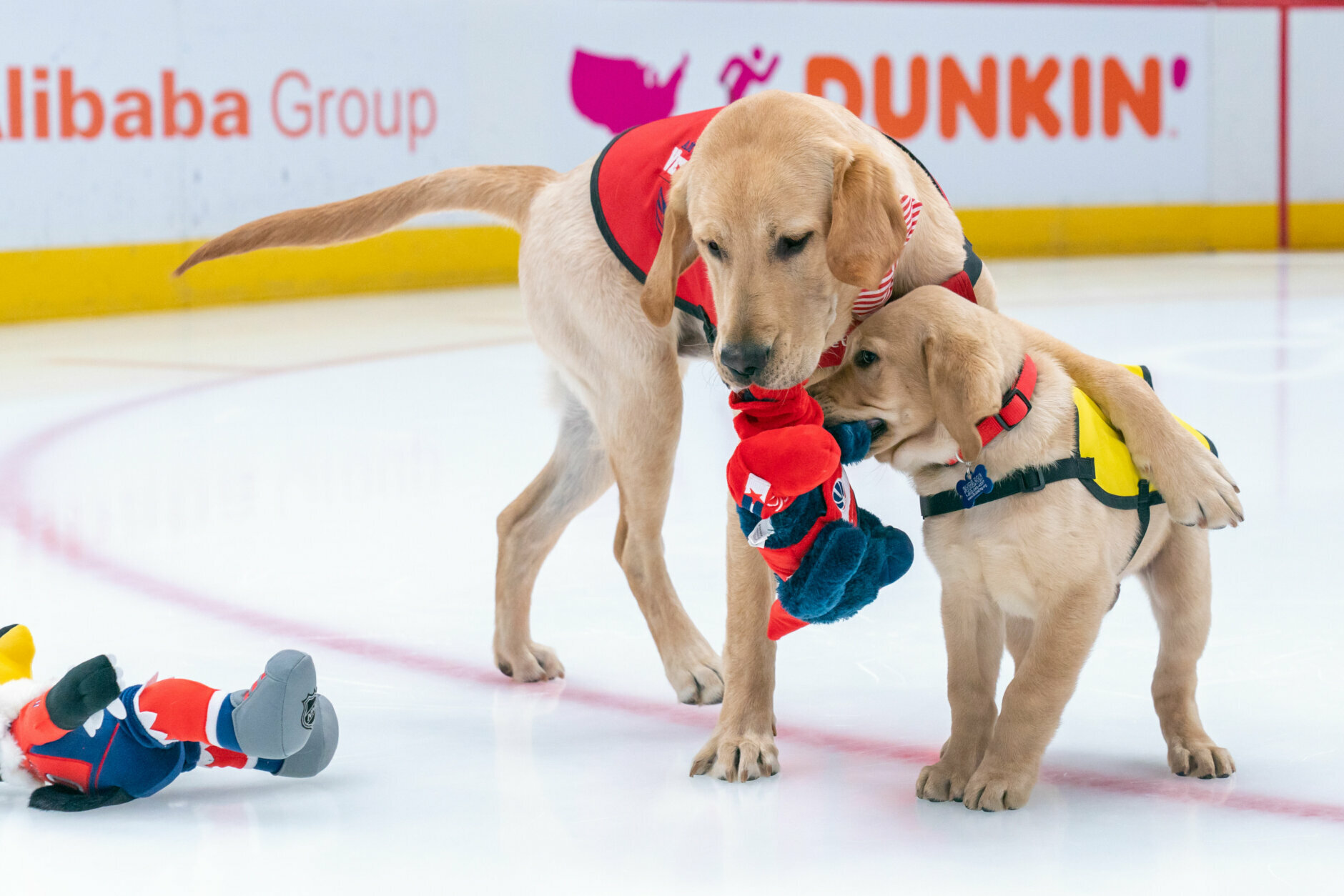 Scout and Captain tussle at the Capital One Arena. (Washington Capitals/Jess Rapfogel)

The training process, run by America’s VetDogs, takes 14 to 16 months, during which time Scout will undergo basic training and socialization. After that, he (and Captain, when his basic training is over) will head to New York for advanced training before he’s matched up with a human. 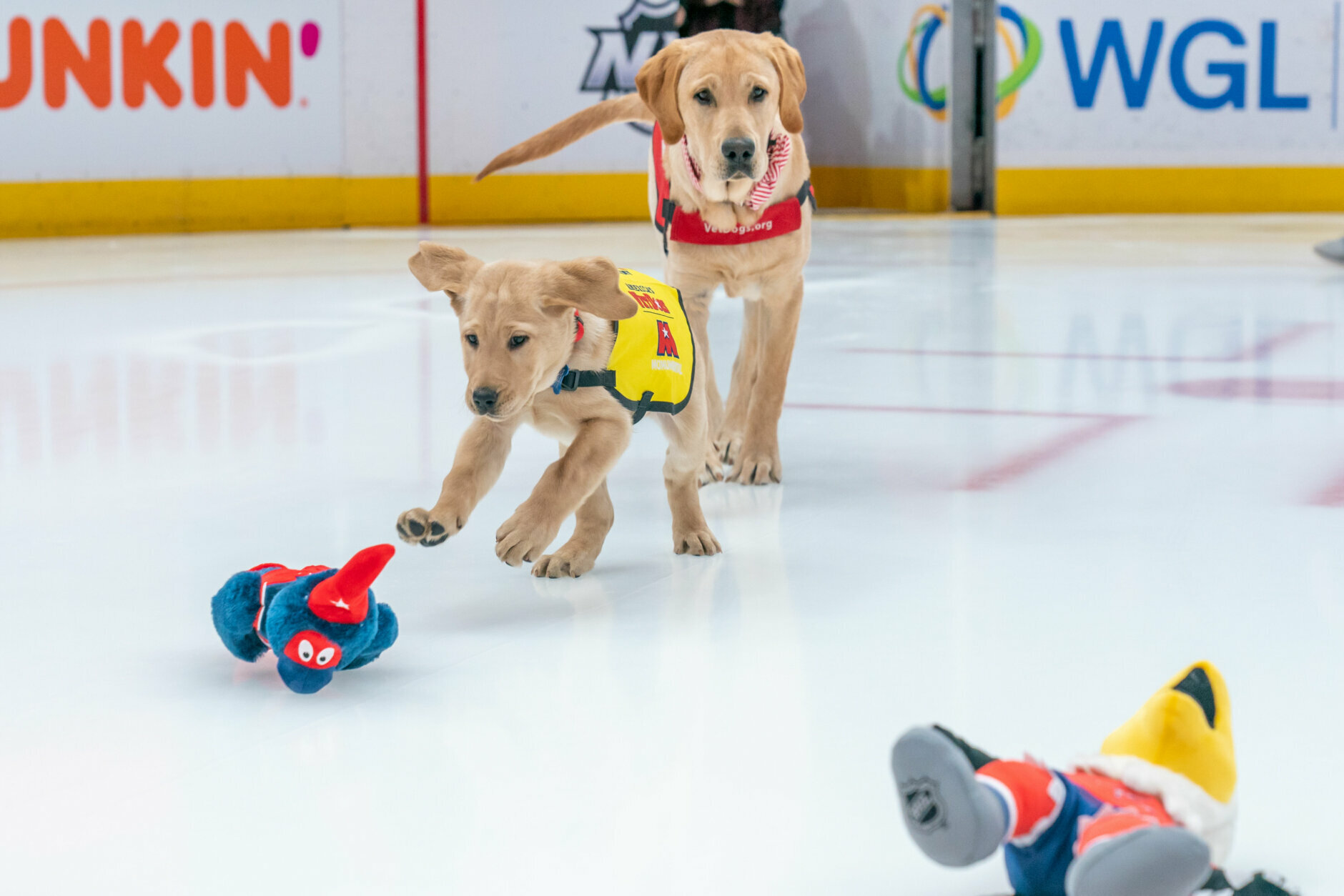 Scout gets the jump on Captain in the battle for — well, the dog equivalent of a rebound. (Washington Capitals/Jess Rapfogel)

“We are thankful to the entire MSE organization for supporting the VetDogs mission,” said John Miller, the group’s president and CEO, in a statement issued by the team, “but also for joining our dedicated group of volunteer puppy raisers to provide Scout with a unique and enriching environment that will ultimately mold him into a confident and well-socialized service dog.” 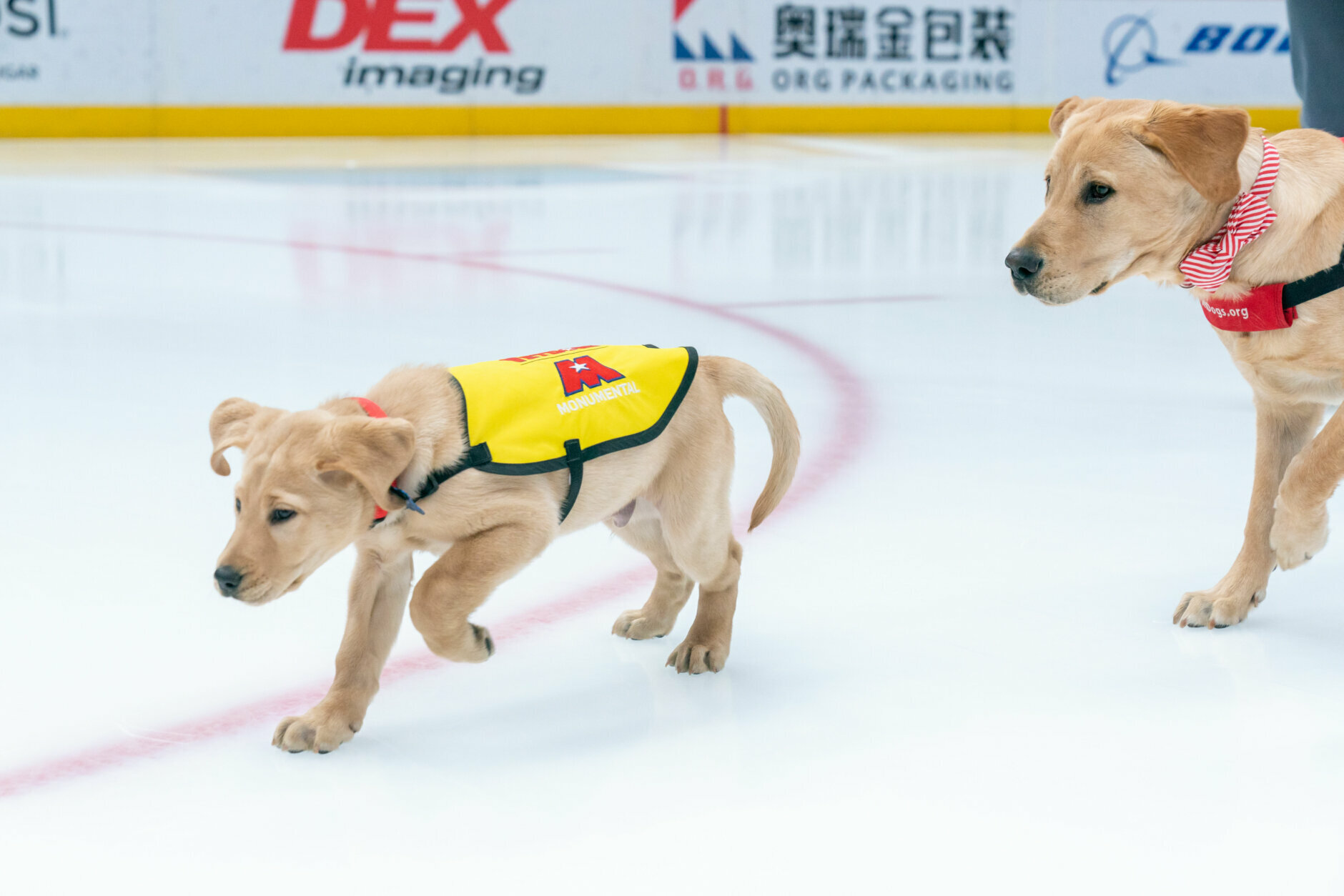 Scout isn’t on social media yet, but Captain is.

And so is America’s VetDogs, who also recently placed a dog with Atlanta’s MLS team. Just in case these guys aren’t adorable enough on their own.