CORONAVIRUS NEWS: Virus relief up in the air | Latest coronavirus test results and trends | Parenting in a pandemic

As far as I can tell, this top-of-the-line Lincoln Nautilus Black Label consists mainly of four stunning, huge wheels, a surprisingly powerful engine and a parade of burgundy. 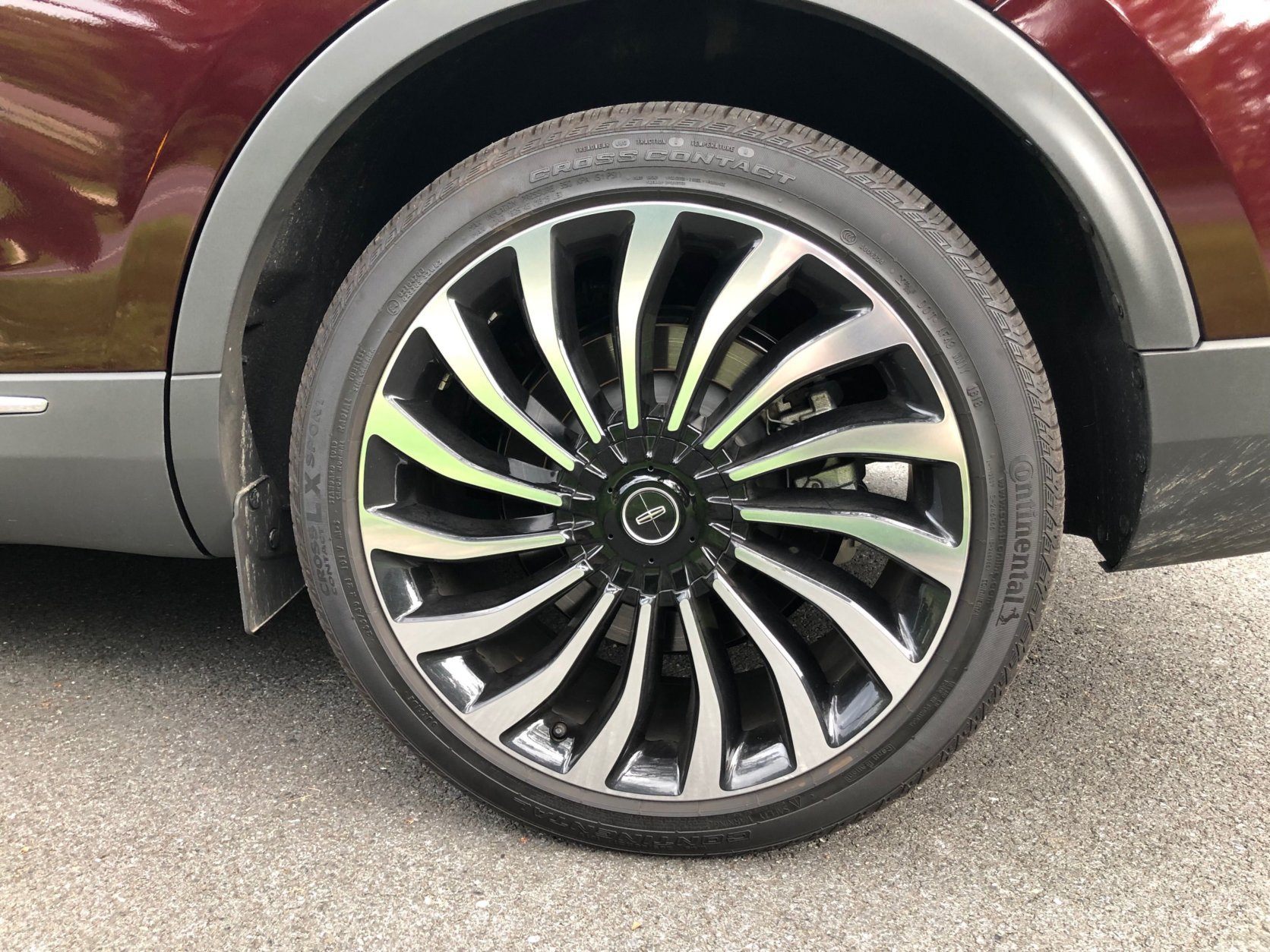 1/6
Lincoln Nautilus Black Label has massive, 21-inch wheels. The rims spiral just like the spiral of the creature that shares the car’s name.

Those wheels – massive 21-inchers, with spokes slightly swirled – give this midsize SUV an imposing presence. Importantly, the ride was smooth and compliant despite the big rims. (For those of you who stumbled here from a local crime story: larger rims usually pair with slimmer tires, and slimmer tires are less effective at soaking up bumps.)

The wheels’ gently curved spokes also evoke the shell spiral of the creature that shares the model’s name. This is about the extent of the Lincoln’s similarities to the marine animal, which is actually a pretty bizarre little thing, complete with tentacles and a beak. The Nautilus-car was previously known as the MKX. 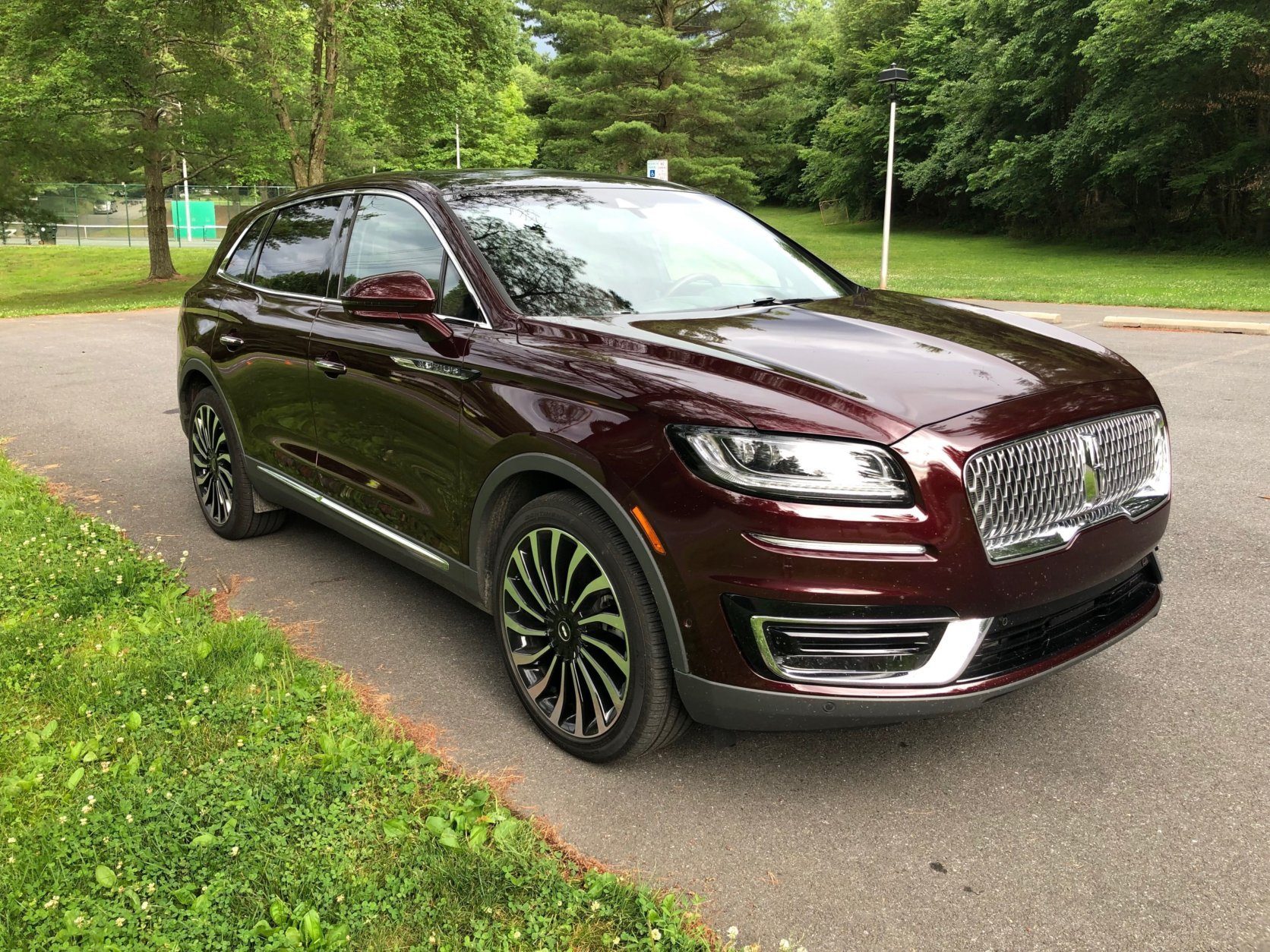 2/6
Aaron said the wheels and rims complement the SUV’s grille and body lines.

The rolling bling is complemented by a flashy grille and crisp body lines that look similar to an Audi Q5. 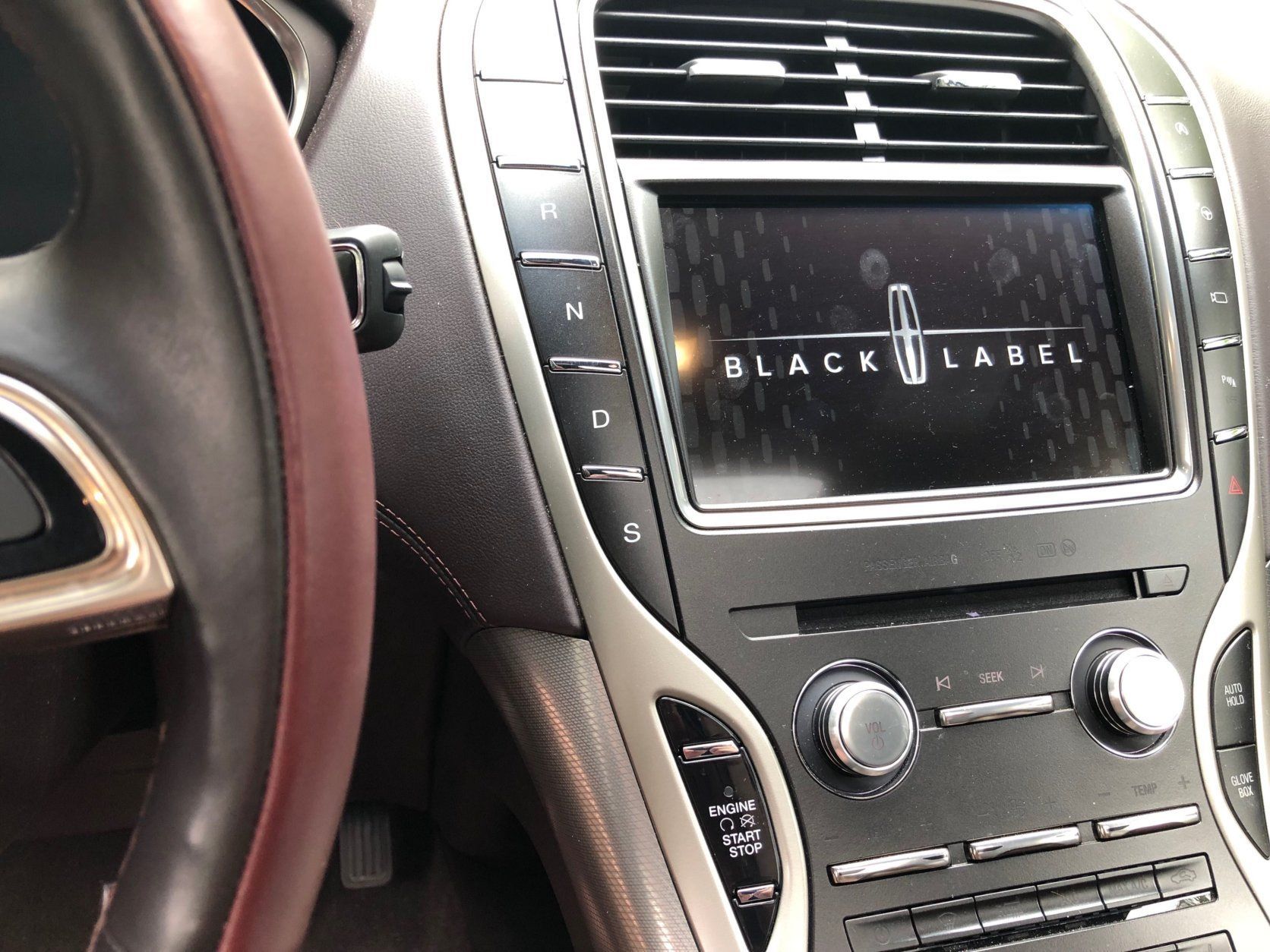 The Nautilus’ varying shades of purplish-red (paint, leather seats, steering wheel, dash) come in part from the SUV’s interior “theme,” in this case called Gala, which Lincoln says “evokes the sparkle and mystique of a prestigious cosmopolitan event.” My glamorous outings included hauling a coffee table, which my ritzy sea monster excelled at. Other themes include “Thoroughbred” (brown and black) and “Chalet” (white). 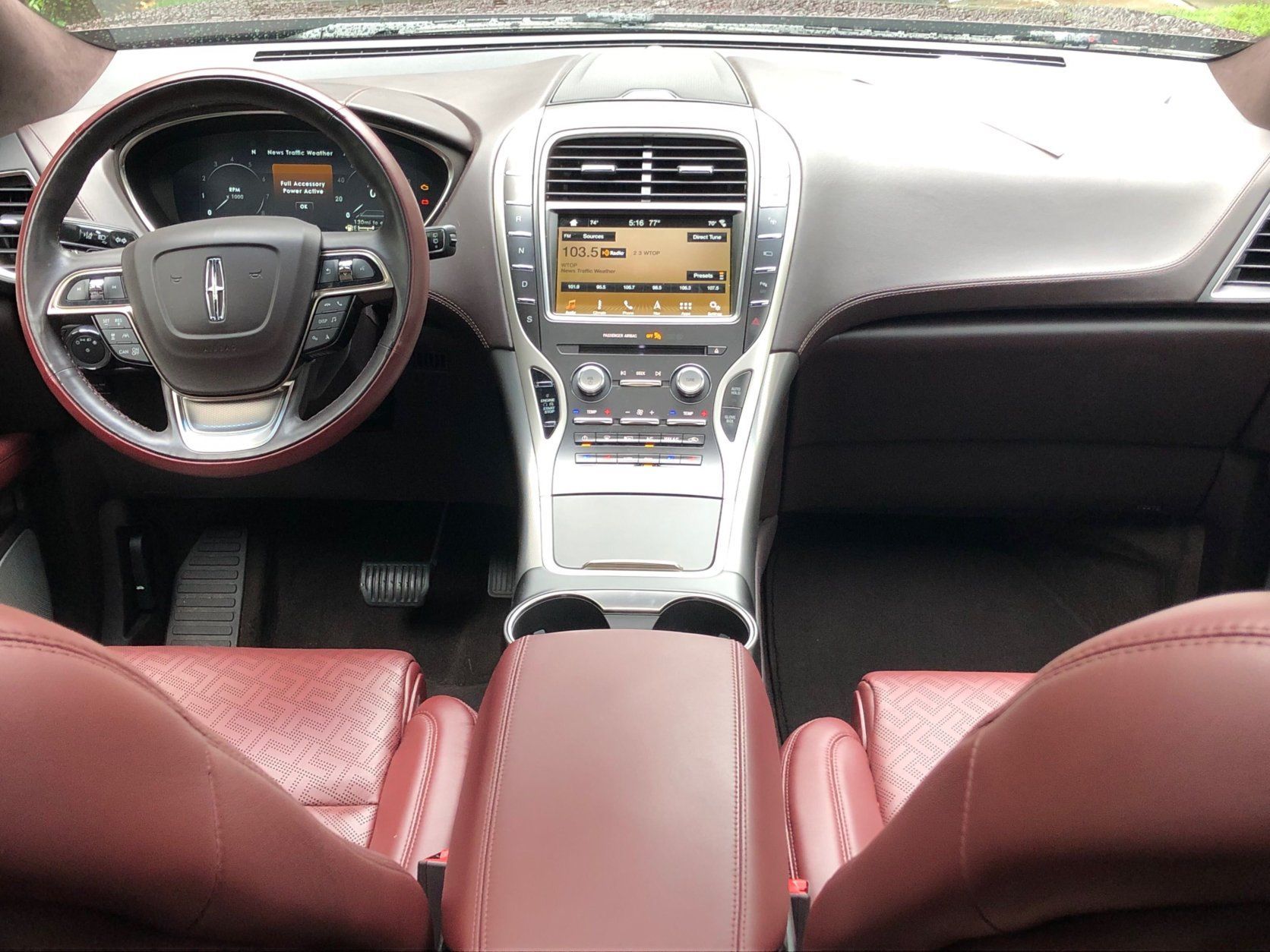 4/6
The Nautilus’ interior, which includes heated and ventilated front seats.

Once you’ve settled on your theme, it’s crucial to check the box for the twin-turbo V-6, which is a $2,070 option. Its abundant torque is what made driving the hefty SUV such a pleasure. 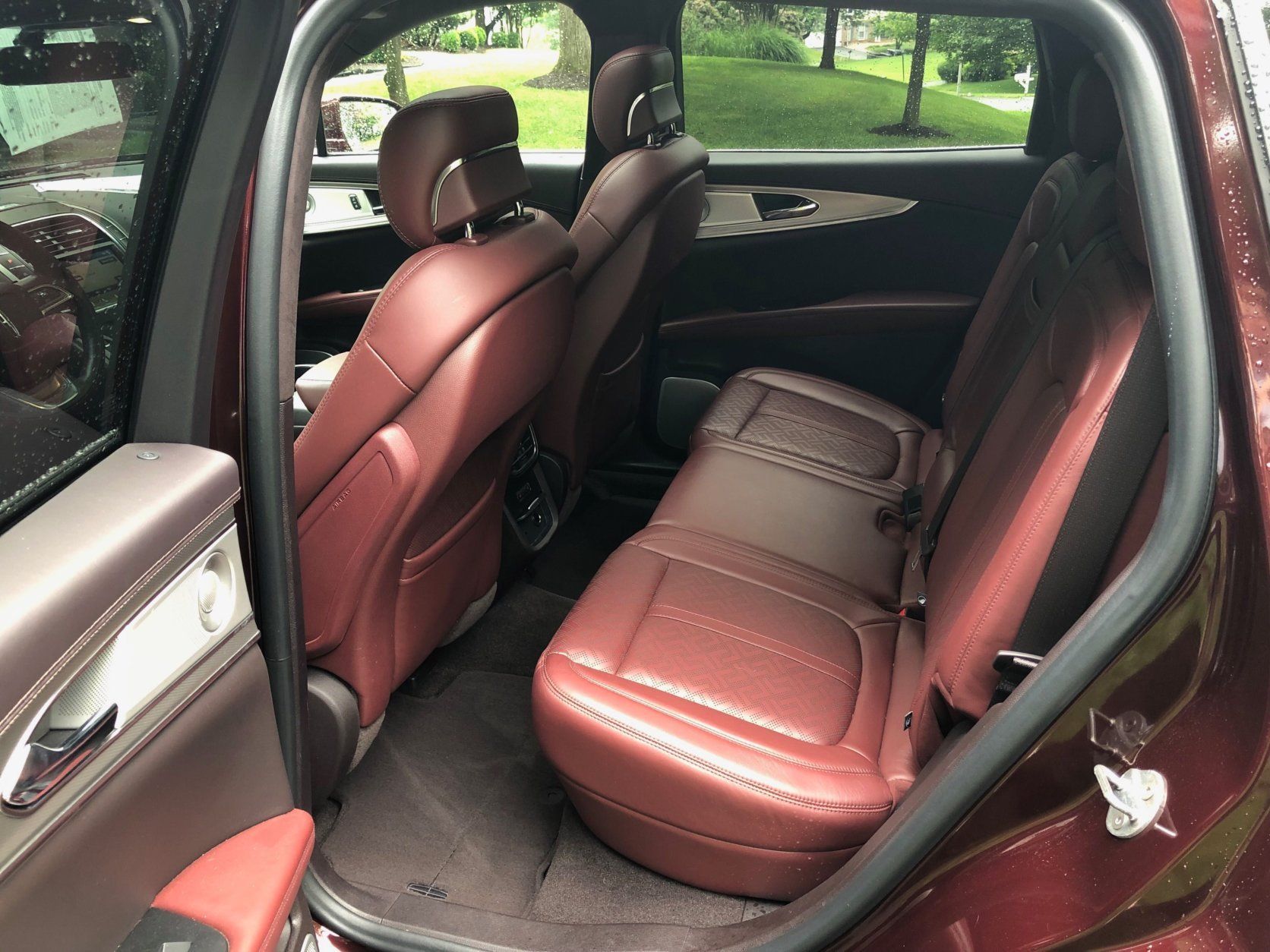 5/6
The theme that Aaron chose for his tester had a glamorous feel to it. The rear seats are also heated, he said.

It had plenty else going for it too, including a deathly-silent interior that featured heated and ventilated front seats and a heated rear seat. 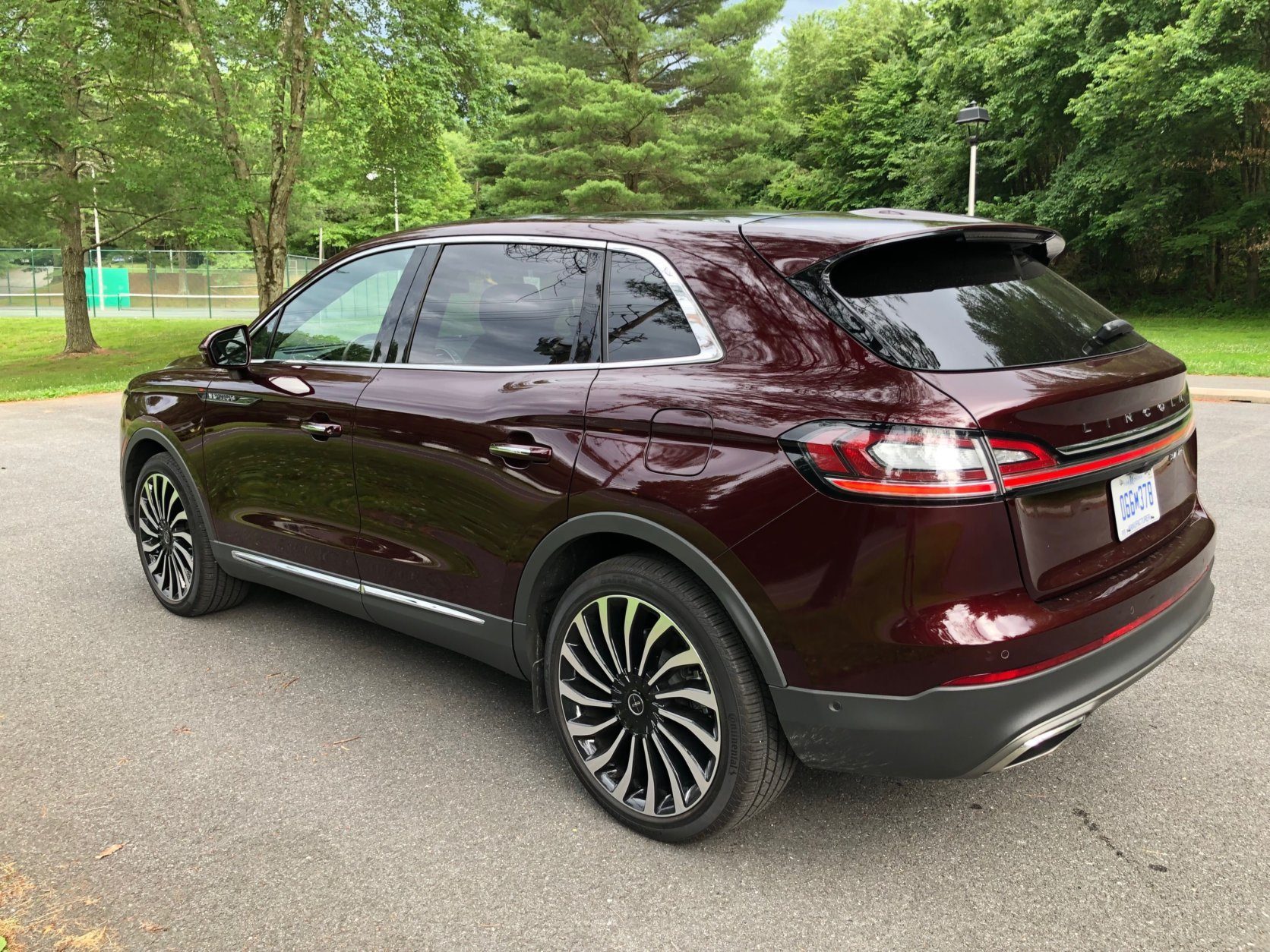 Drawbacks included a push-button shifter on the dashboard, which I never really got used to.

The base Nautilus has a starting suggested retail price of $40,340.

The Nautilus I drove also made a strong case for its Ford sibling: the Edge ST, which gives you access to the Nautilus’ comfortable platform and available V-6, at a base suggested retail price of $42,355.

Still, that would lack the Nautilus Black Label’s opulence, something the SUV brings in buckets, along with the burgundy.