D.C.’s long-awaited memorial honoring president and World War II commanding general Dwight D. Eisenhower will be dedicated Thursday and opened to the public a day later, after a delay due to the COVID-19 pandemic.

The new memorial to the nation’s 34th president was originally slated for dedication on May 8 — exactly 75 years after the end of World War II in Europe. With the emergence of the coronavirus, this week’s rescheduled dedication has been scaled back to follow Centers for Disease Control guidelines for public gatherings.

The $150 million structure is situated in a large, newly created park along eastbound Independence Avenue, across from the Smithsonian National Air and Space Museum, south of the National Mall. 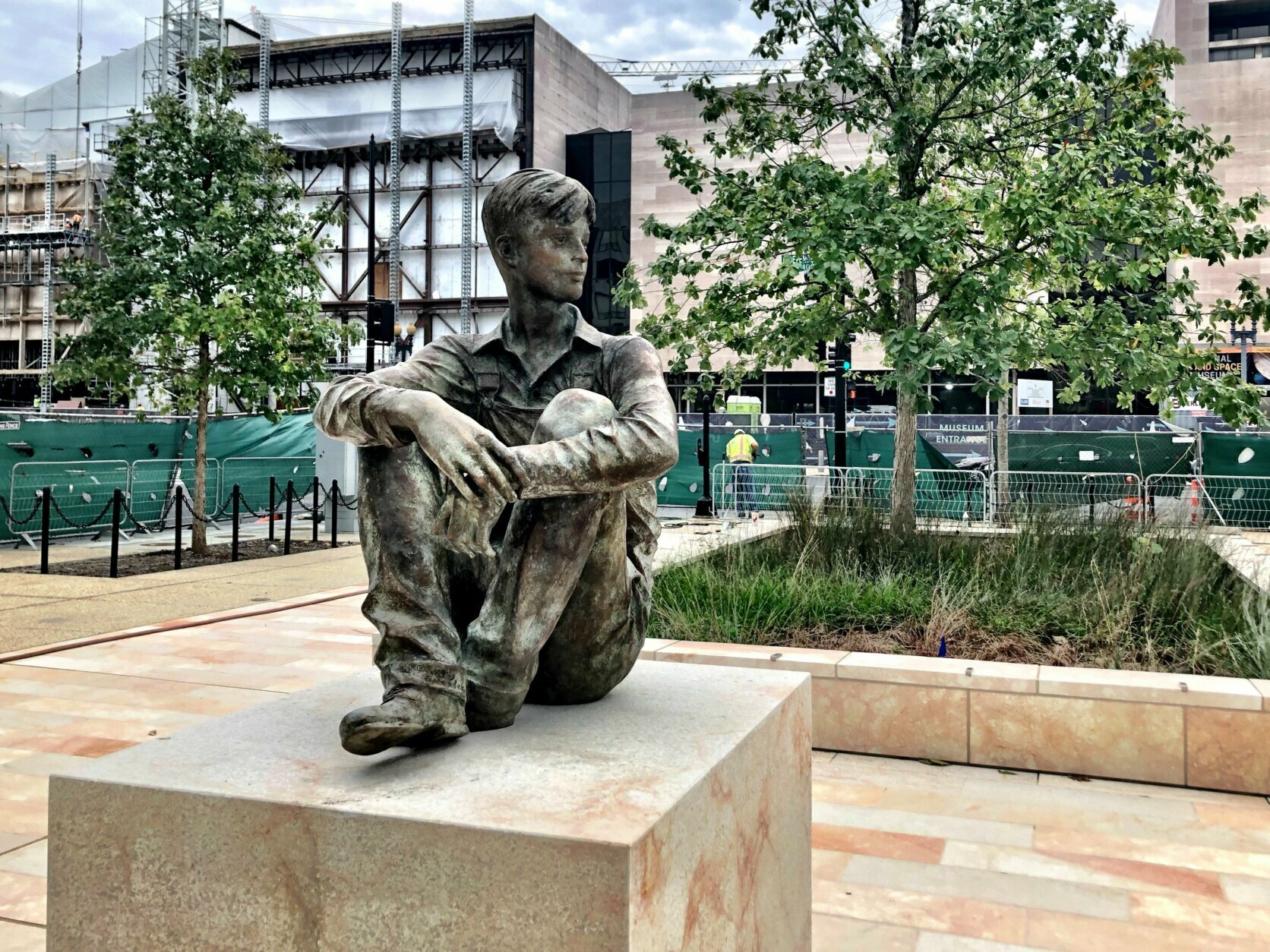 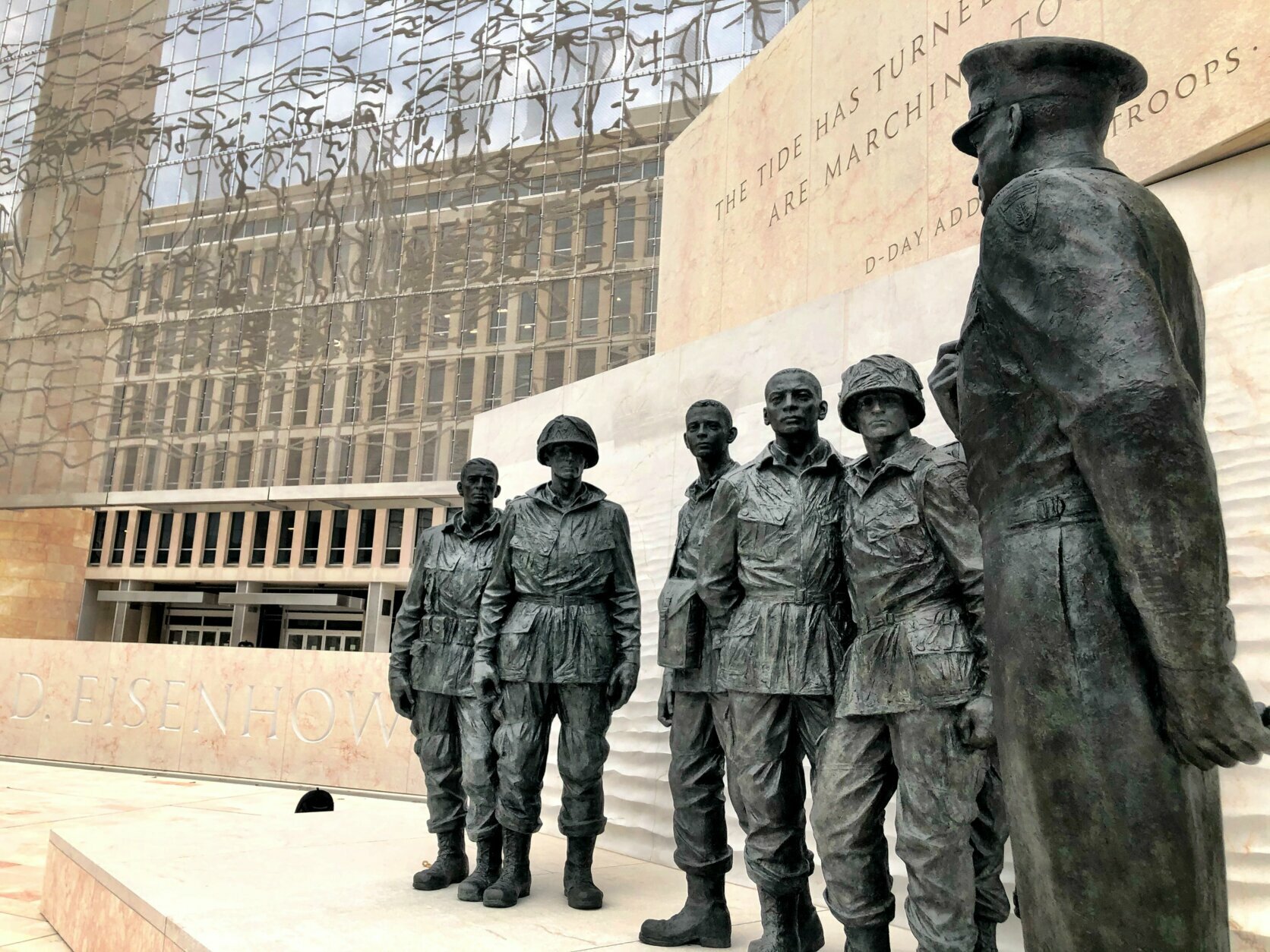 As Commander of the Allied Expeditionary Force in World War II, Eisenhower led the invasion of Normandy, a turning point in the war. (WTOP/Neal Augenstein) 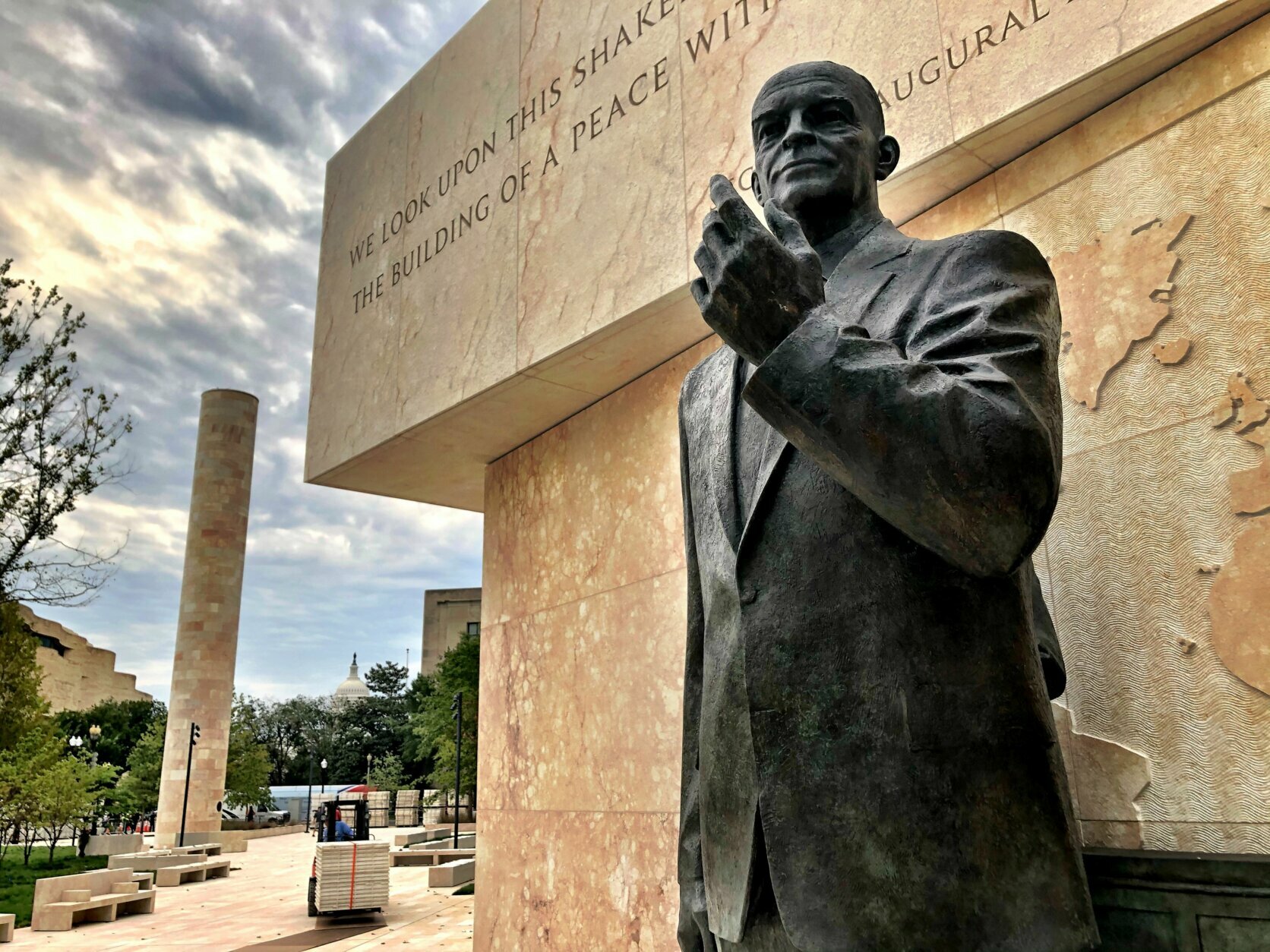 4/6
Eisenhower was the 34th president

In his two terms as 34th president of the United States, Eisenhower is credited with spurring advances in education, transportation and exploration. (WTOP/Neal Augenstein) 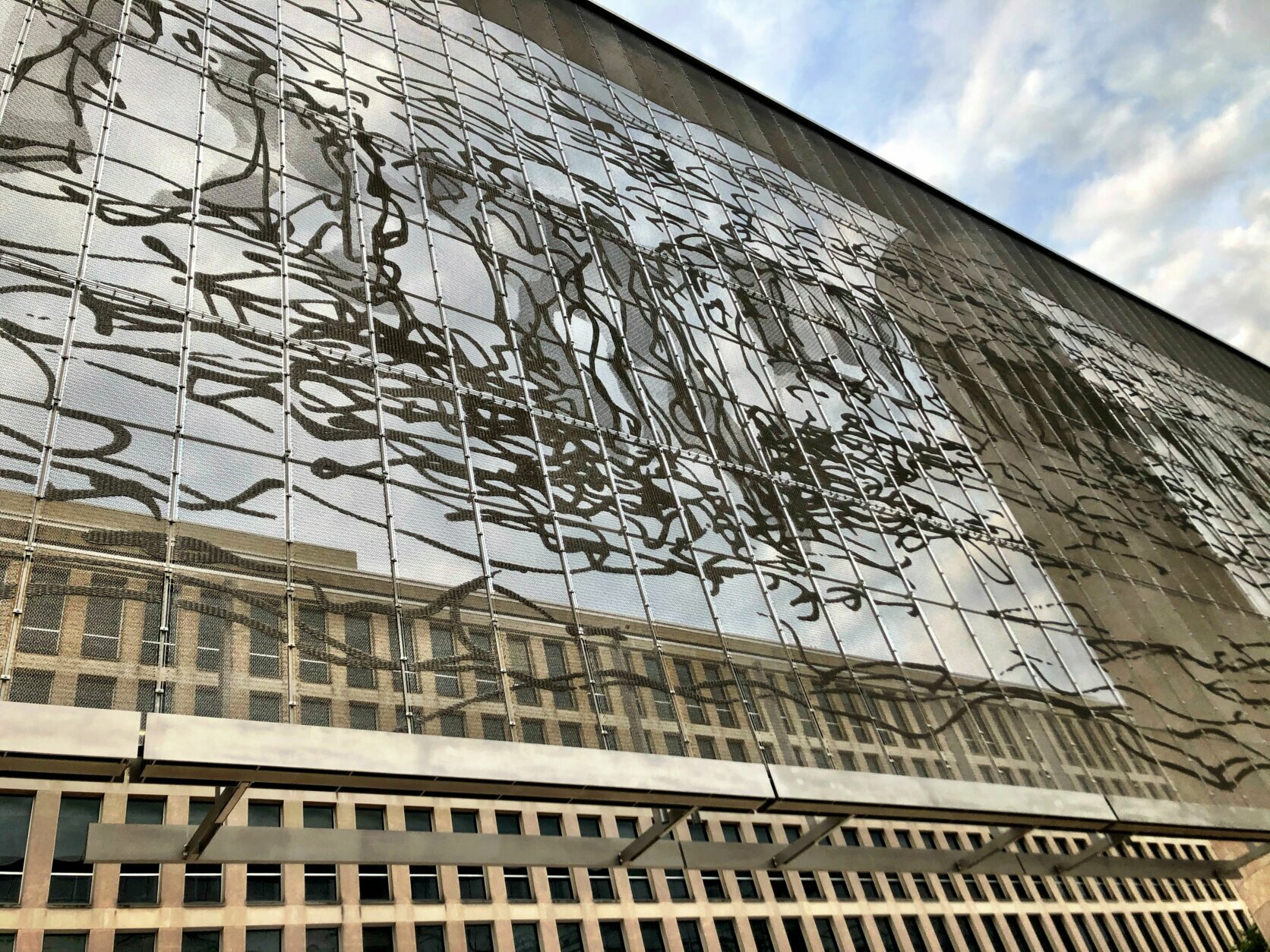 Perhaps most notable is a stainless steel woven tapestry framing the memorial by artist Tomas Osinski, which depicts the cliffs of Point du Hoc on the Normandy coastline in peacetime. (WTOP/Neal Augenstein) 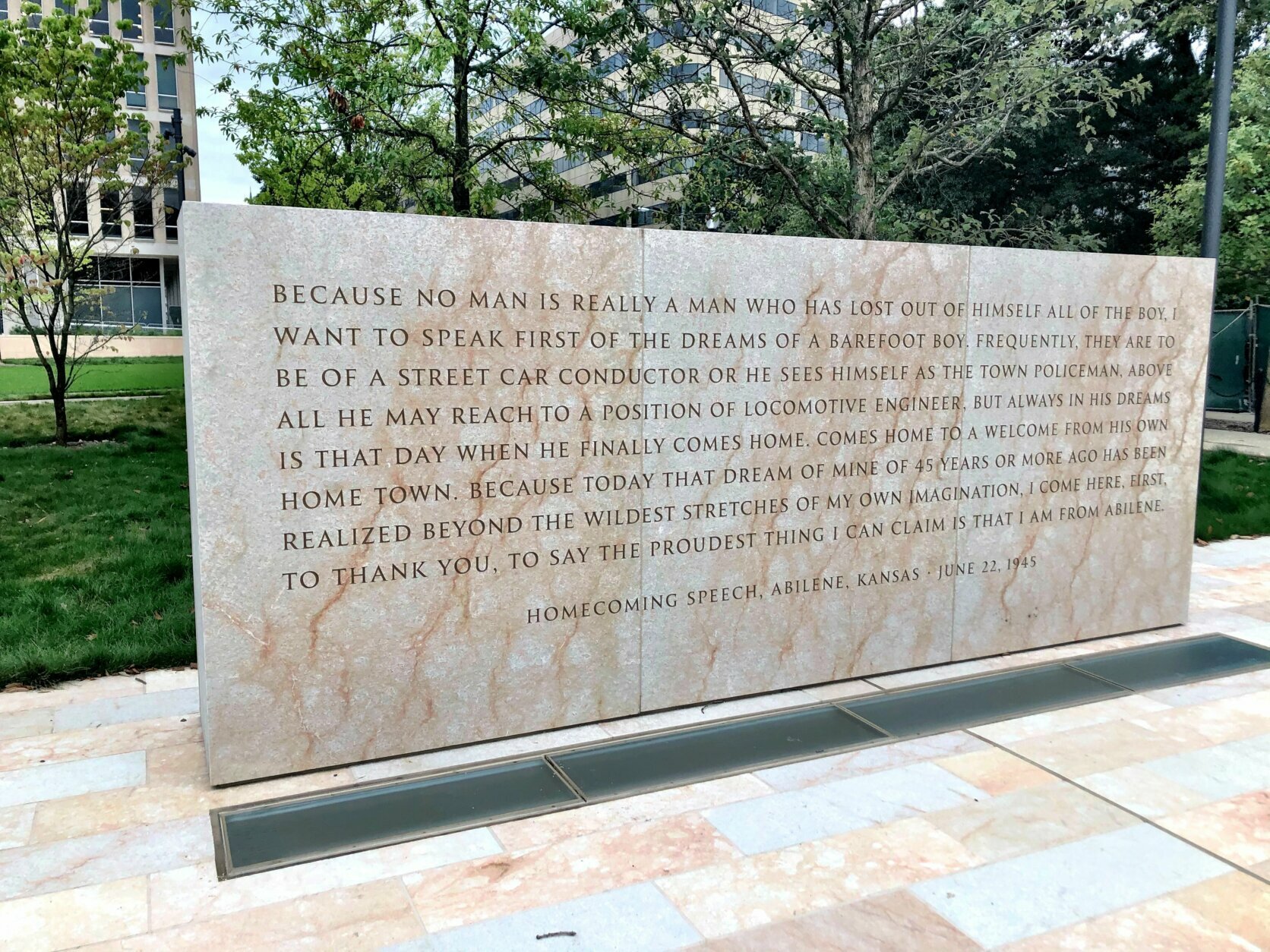 6/6
The memorial will be open to the public Friday

The memorial was commissioned by Congress in 1999 and built by the Eisenhower Memorial Commission. Among guests invited to Thursday’s ceremony include President Donald Trump, current and former members of Congress, Cabinet members, military leaders, and the Eisenhower family.

The National Park Service will operate the memorial once it opens to the public on Friday. The dedication ceremony will be livestreamed on Facebook.