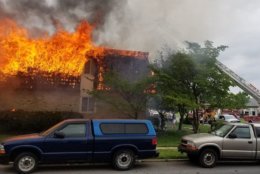 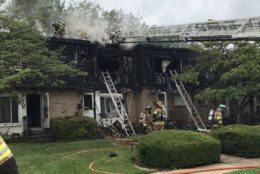 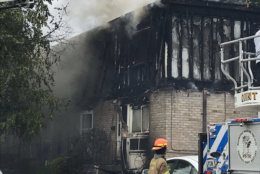 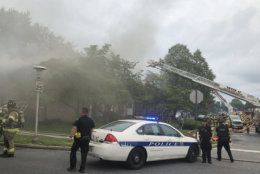 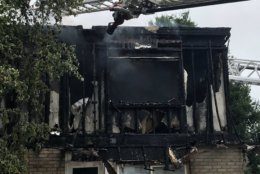 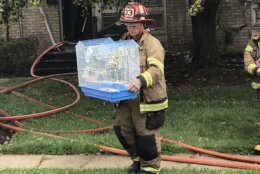 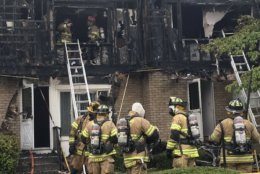 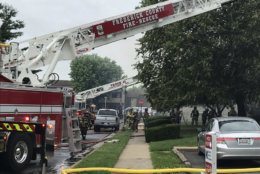 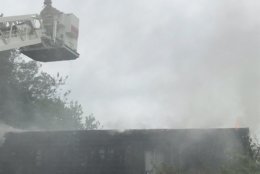 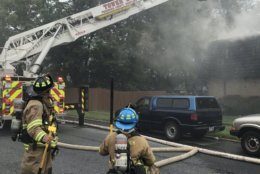 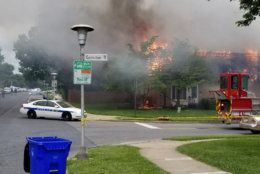 A large fire that impacted a seven-unit townhome in Frederick, Maryland, has been contained.

A fire on the 500 block of Carrollton Drive started just before 9 a.m., the Frederick County, Maryland Division of Fire and Rescue Services tweeted, and it grew rapidly to engulf all seven of the townhouse’s units.

Images from fire crews and law enforcement on social media showed flames towering into the sky from the two-story residential building on the corner of Carrollton Drive and Prospect Boulevard.

Seventy-five firefighters responded to the three-alarm fire, which spread quickly due to the building’s age and primarily wooden frame, leading to a partial collapse on the second floor.

Fox said residents of all seven of the building’s units self-evacuated to safety. An initial search found no residents left inside, though at least one pet bird was rescued and reunited with its owner.

First responders are still working to determine the exact number of residents displaced, though Fox deemed the building a “total loss.” Red Cross assistance has been requested.

Frederick Police Act. Sgt. Kacie Strong comforts a family that escaped a fire next to them on Carrollton Drive in Frederick. The 3 alarm fire began shortly before 9 a.m. and about 75 firefighters were on the scene. Seven units on the building were damaged by fire. @frednewspost pic.twitter.com/oJzp6sOLs1

A bright moment from today’s townhomes fire. “Blue” was thought to have perished in the fire but somehow she survived. Her owner was beyond thankful to Officer Palmer, Officer Gerand, and DFRS for not giving up on Blue. pic.twitter.com/rawRD94VJT

Frederick Police are asking the public to avoid the area of Center Street, Prospect Boulevard, Jefferson Street and Megan Court.

An investigation is ongoing to determine a cause.

A family reunification center has been established at the nearby South End Baptist Church at 506 Carrollton Drive. 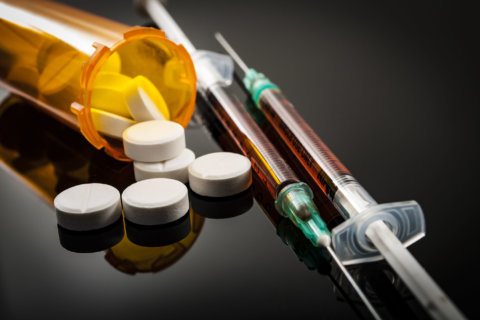