Investigators in Frederick, Maryland, are charging two teens and looking for a third they say took part in the abduction and rape of a high school classmate earlier this month.
Listen now to WTOP News WTOP.com | Alexa | Google Home | WTOP App | 103.5 FM

WASHINGTON — Investigators in Frederick, Maryland, are charging two teens and looking for a third they say took part in the abduction and rape of a high school classmate earlier this month.

The teenage girl told Frederick police she was kidnapped while walking home after midnight on Sept. 2. She said she was forced into a car where the suspects pushed a rag into her mouth, and cut her chest. The victim told police she recognized two of the suspects from school. She said they took her to an apartment and raped her over a period of hours, investigators said.

“During that captivity, two of the subjects raped her numerous times. While the third subject assisted and overwatched while using a video to capture the event,” said Lt. Clark Pennington, commander of the Frederick Police Department’s criminal investigations division.

The victim told investigators the third person wore a mask during the attack and a younger female was also involved.

“We’ve recovered messages on a social media site where there is conversation between the suspects and this other juvenile — communication before and after the assault. We do believe there is some level of conspiracy between these individuals,” Lt. Pennington said. However he said investigators are still working on determining a motive.

As first reported by the Frederick News Post, 19-year-old Victor Antonio Gonzalez-Guttierres and 17-year-old Edgar Natanal Chicas-Hernandez are charged with multiple crimes as adults, including rape and assault. They were arrested and charged Sept. 12 and Sept. 13.

“We do still have a third person out there that we are attempting to identify and ultimately interview, and then we do anticipate additional charges being placed in this case,” Pennington said.

It is still under investigation whether gang activity played a part in the crime.

Police chase ends in Frederick Co. with 1 suspect killed, another in custody 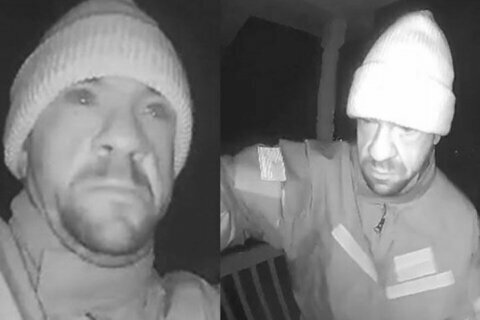