A Catoctin High School student faces felony charges for what investigators called a detailed plot to carry out a mass shooting at the school. Her father tipped authorities to the alleged plot, which included a timeline, phases of the attack and a target date, as well as a gun and potential bomb-making materials.
Listen now to WTOP News WTOP.com | Alexa | Google Home | WTOP App | 103.5 FM
(1/3) 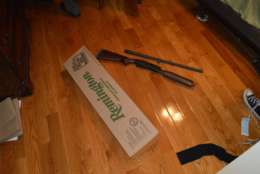 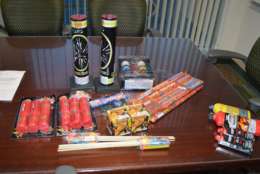 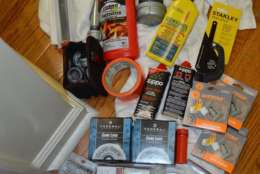 FREDERICK COUNTY, Md. — An 18-year-old woman faces felony charges for what investigators called a detailed plot to carry out a mass shooting at her high school.

“There is no doubt in our minds that we averted a disaster out there,” said Frederick County Sheriff Charles Jenkins, comparing the possible destruction to the deadly attacks on Columbine High and Sandy Hook Elementary.

It was Nicole Cevario’s father who alerted investigators to her plans, which, Jenkins said, were outlined in detail in her diary. Entries dating back to mid-December spell out a timeline and phases of a planned attack on Catoctin High School, in Thurmont, Maryland, set for April 5, he said.

Investigators quickly determined Cevario was acting alone and that no weapons or explosives had been on school grounds, said Maj. Tim Clarke, with the sheriff’s department.

However, Cevario had been gathering intelligence on emergency procedures at the school during drills and asking questions about the school resource deputy, asking, for example, how deputies were armed when they responded to a school emergency, Jenkins said.

“It was all in her preplanning in her mind, how she was going to carry this out. She looked at the patterns of the deputies; she looked at the entrance and exits of the school, how the school was secured,” Jenkins said.

Beyond the plans in Cevario’s journal entries, Jenkins told reporters in a news conference Monday it was also clear the teen was suffering from mental health issues. However, Jenkins was unaware of any previous knowledge from the school that the teen was suffering and could not say whether she had a disciplinary record. But when investigators went to her home, they found enough evidence to show “obvious intent was there,” Jenkins said.

“The evidence that we got from her home revealed that she was taking steps, active steps, acquiring the materials. including the purchase of a shotgun, the construction of pipe bombs and other explosives,” he said.

As an adult, Cevario legally purchased the firearm as well as ammunition, pipes with end caps, shrapnel, fireworks and fuse material, Jenkins said. Most of the materials were meant for bomb construction, he said; however, no materials had yet been assembled into an explosive.

Recognizing Cevario posed a threat to herself, other students and the school community, Jenkins said she was pulled out of class Thursday and committed involuntarily to a hospital for a mental health evaluation. He said that happened shortly after learning from her father there could be a threat, but could not offer a timeline of events.

Editor’s note: This story has been updated to reflect the correct spelling of Nicole Cevario’s name.

Car strikes, kills woman on I-70 in Frederick