What are the fireworks laws in DC, Maryland and Virginia?

The nation has been largely faithful to a founding father's advice to celebrate the Declaration of Independence with "bells, bonfires and illuminations." But what are the laws around personal fireworks around the D.C. area?
Listen now to WTOP News WTOP.com | Alexa | Google Home | WTOP App | 103.5 FM

WASHINGTON — John Adams, who would become the second U.S. president, wrote to his wife Abigail on July 3, 1776 about the final draft of the Declaration of Independence: ” … It ought to be solemnized with … Bells, Bonfires and Illuminations …” 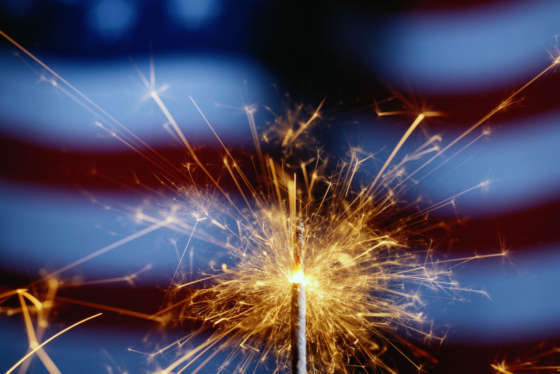 Avoid the traffic, enjoy the show: Fireworks displays in Md. and Va.

Many would rather not brave the traffic around the National Mall on July 4 — but it doesn’t necessarily mean missing out on fireworks. Here are some selected shows in Maryland and Virginia.

The nation has been largely faithful to the Founding Father’s advice.

There are legally approved professional fireworks displays throughout the D.C. area but personal use of most fireworks is illegal throughout the national capital area. Violations can draw a fine of up to $2,500 and up to a year in jail.

Here’s a list that highlights the fireworks laws in various areas around the District.

Illegal: Firecrackers of any kind, any firework that explodes — such as cherry bombs, salutes and Roman candles — and sparklers longer than 20 inches. See the full list on the Metro Police Department site here.

Any firework that explodes or launches a projectile in the air or moves on the ground is illegal in Maryland, including firecrackers, cherry bombs, black cats and M-80s.