Labor Day has come and gone, which means the unofficial end of summer — but that doesn't mean it's time to put away your grill or smoker.
Listen now to WTOP News WTOP.com | Alexa | Google Home | WTOP App | 103.5 FM
(1/3) 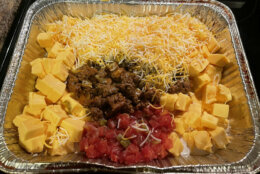 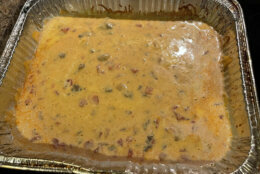 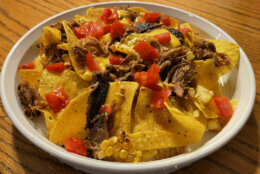 The summer is upon us, and grills and smokers all over the DMV are heating up as well. For the series “Fired Up with Jake and John,” WTOP’s Mike Jakaitis and John Domen talk with some of the region’s best pit masters about their methods, with the goal of helping you level up your barbecue game.

Labor Day has come and gone, which means the unofficial end of summer — but that doesn’t mean it’s time to put away your grill or smoker.

It’s football season, so it’s still prime time barbecue season. The first full week of the college season is in the books, and the pros kick off this week. That means tailgating or football gatherings over the next several months.

There’s nothing wrong with your basic hamburger or hot dog, but if you want to enhance the game day food experience, there are some things you can do that will impress your friends or family.

And speaking of nachos, Darnielle has this suggestion to impress the hungry crowd: “You can smoke queso. Smoking your own queso to have a giant make-your-own nacho bar, that’s something that’s really cool and it’s going to have that little bit of something that somebody else can’t do.”

“You get pork belly, cut them up into cube. When you render those down, those are some of the things people go crazy for.”

“You have to have them on game day.”

He brines and smokes whole wings before cutting them.

“By keeping them whole, they smoke better and I can keep them in a little bit longer.”

Darnielle smokes his wings for about an hour-and-a-half at 250 degrees using hickory wood before flash-frying for about a minute to crisp up the skin.

“If they were cut in half, if I had flats and drums, then it would only take about 45 minutes.”

And speaking of time, the “Winningest Man in BBQ” has this suggestion so you don’t miss the game or pregame festivities because you are cooking,

“I would pick proteins that are a short cook,” Myron Mixon said, from his self-named restaurant in Old Town Alexandria. “You want to do things that cook fast, like pork loin cooking in an hour and 45 minutes, ribs in two-and-a-half hours … bacon wrapped tenderloins, you can do those in an hour and 15 minutes.”

Mixon says by picking things that cook fast, you’ll have more time to have fun.

“You don’t want everybody eating up your food, drinking your liquor while you’re manning the pit all day.”

Listen and subscribe to the “Fired Up with Jake and John” podcast on Podcast One. 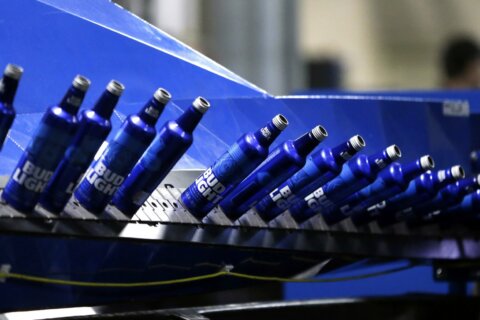 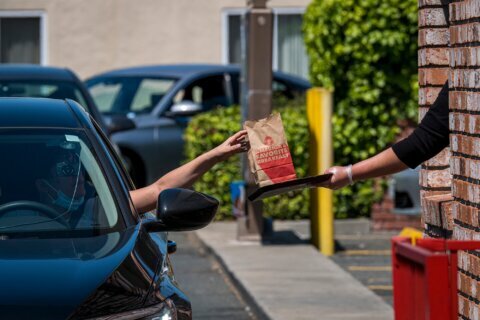