‘Dinner and a show’ is not an unusual concept — in fact, it’s a pretty common one. But on May 23, experts will go one step further to explore the notion of food as theater in a multicourse meal and discussion at the Smithsonian’s National Museum of American History.
Listen now to WTOP News WTOP.com | Alexa | Google Home | WTOP App | 103.5 FM
download audio
Discussing the drama that surrounds dinner (WTOP's Rachel Nania)

WASHINGTON — When guests step into the dining room at the Inn at Little Washington, they’re transported to a world where excess knows no bounds.

Markers of modern restaurants — sleek booths, subway tiles and Mason jars — are nonexistent. Instead, floral-printed drapes hang from wallpapered ceilings; red fringe chandeliers hover above patterned rugs; and the cheese cart, a cow named Faira, moos as she is pushed past diners. 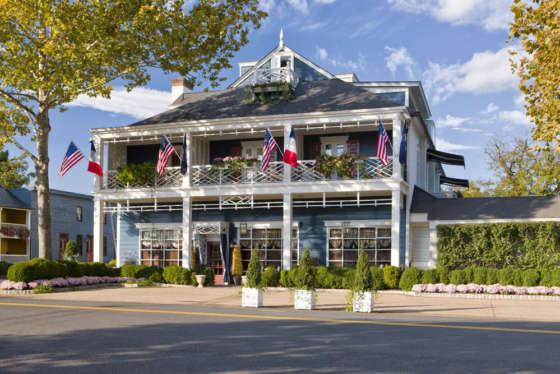 From rural garage to great restaurant: The history of the Inn at Little Washington

“What Patrick (O’Connell, chef and proprietor of the Inn at Little Washington) has done is create a theater in which you are a participant and you are also getting great food,” said Michael Kahn, director of the Shakespeare Theatre Company.

“The curtain goes up at the Inn at Little Washington, obviously, when you come into that town in the middle of nowhere … It is a whole theater experience.”

‘Dinner and a show’ is not an unusual concept — in fact, it’s a pretty common one. But on May 23, experts will go one step further to explore the notion of food as theater in a multicourse meal and discussion at the Smithsonian’s National Museum of American History.

For the event, “The Restaurant as Living Theater,” O’Connell will serve dishes such as lobster grapefruit spoons, beef bourguignon, spring four pea soup and chocolate pot de crème, to name a few, while fielding questions from Kahn on where performance meets the plate. (The Washington Post food critic Tom Sietsema will give the evening’s introduction.)

The intersection of eating and entertainment is constantly evolving. These days, more movie theaters are trading in popcorn and soda for craft cocktails and upscale food offerings.

Writers and directors are constructing storylines around food — look at Broadway’s “Waitress” and the acrobatics show “Cuisine & Confessions” — plus, popular movies “Chef” and “Burnt” take on the topic.

Kahn said during a recent performance of “Taming of the Shrew” at his theater, the director invited audience members on stage for cake and Champagne left over from the play’s wedding.

Even culinary awards recognize more than just the chef. The James Beard Foundation has a dedicated category for restaurant design.

“I think people talk about restaurants now as they used to talk about plays and movies. They criticize it, they critique it; you have to go to the new place because it’s selling you something different,” Kahn said.

“I think it’s about combining pleasures, and eating, of course, is a great pleasure, but also being in a surrounding that is surprising and different and already puts you in a different world, which is what you hope a theater or a movie does.”

Tickets for “The Restaurant as Living Theater” are $225. The event is a fundraiser for the museum’s FOOD: Transforming the American Table exhibition refresh. 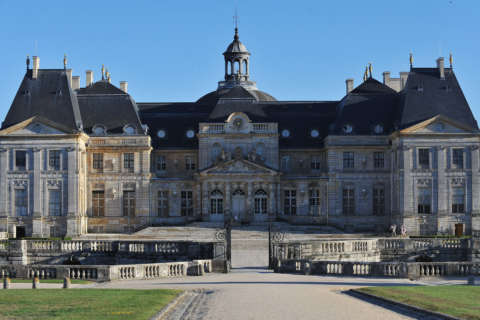 How your mind, not tongue, chooses the foods you eat