Make a healthy, delicious lunch for $1? Students prove it can be done

It’s not easy to make an appetizing meal for around $1. It’s even more difficult to do so with sodium, calorie and ingredient restrictions in place for an entree and two sides. But 21 teens prove it can be done. (Photos)
Listen now to WTOP News WTOP.com | Alexa | Google Home | WTOP App | 103.5 FM
download audio
November 29, 2021 | Challenging teens to create healthy school lunches (WTOP's Rachel Nania)

WASHINGTON — It’s not easy to make an appetizing meal for around $1.

It’s even more difficult to do so with sodium, calorie and ingredient restrictions in place for an entrée and two sides. But for a handful of teenagers, the challenge is all part of the fun.

On Monday, June 12, 21 high school students from across the country convened at the Department of Education in Washington, D.C., for the Cooking Up Change national finals. The participants flew in for the culinary battle after winning the competition’s preliminary rounds in their respective school districts. 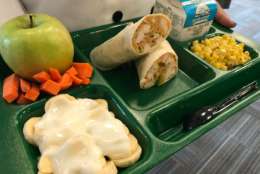 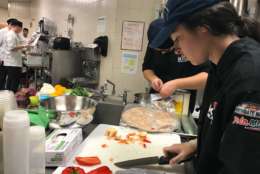 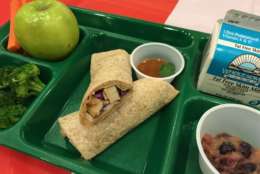 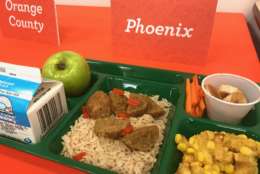 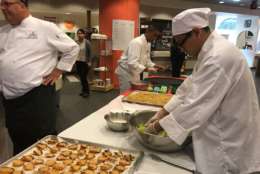 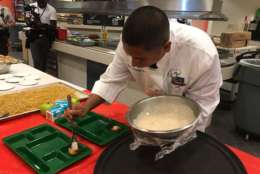 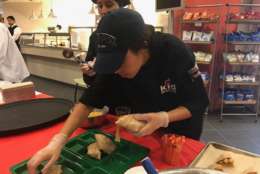 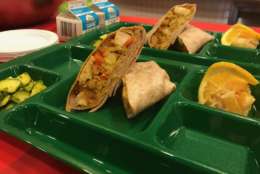 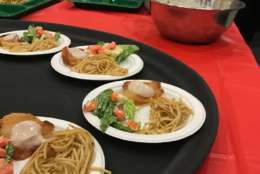 Rochelle Davis, president and CEO of the Healthy Schools Campaign, which organizes the competition, said the goal of the annual event is to include students in the ever-evolving dialogue on healthy school lunches.

“First of all, they are the customer. They are the ones who are eating these meals every day,” Davis said.

The students were given two hours of time to prep and cook their meals in the building’s cafeteria before presenting the plates to a panel of 14 judges that included local chef and restaurateur Cathal Armstrong and a number of professionals in the fields of education and food and nutrition.

Dishes were required to adhere to the current school lunch standards, which means they had to include a grain, a meat or meat alternative, a fruit and a vegetable. They also had to clock in around 500-600 calories, stay under sodium limits, cost no more than $1.25 a person and be easy to replicate on a large scale, in real school kitchens.

Jaye Poindexter, 18, flew in from Oakland, California, to whip up her creation of Thai chicken roll-ups with a side of pepper broccoli and cranberry-spiced applesauce. It’s a dish she’s been working on with her partner, Jimmy Saliphan, since the beginning of the school year.

“It’s not like everyone else’s. It just comes from two different people who didn’t know each other and then they came together and just worked hard and made a dish that they liked,” Poindexter said.

Kyle Davis, 18, from Frederick Douglass High School in Detroit, Michigan, found inspiration for his team’s dish in his garden. He doesn’t consider himself to be much of a chef, but wanted to turn what he grows in the ground into a meal, and at the same time, spice up the “bland” options served in his school cafeteria. He’s hoping his team’s zesty chicken rice bowl with tomato lime cucumber wheels and yogurt splash will do just that.

“I would like to see more nutritious meals in schools, overall — having healthier options for students,” he added.

Perhaps most encouraging is that the students in the competition aren’t just advocating for change — they get to be a part of it. When school starts back up in the fall, many of their items will be worked into their school’s lunch menu. Poindexter and her partner even get to cook breakfast and lunch for their classmates when they return home.

The Healthy Schools Campaign’s Davis said the competing students get so much more than a chance to flex their culinary and creative capabilities with this program; they get to sharpen some real life skills as well. Following the competition, the 21 students head to Capitol Hill to meet with policymakers to share their perspectives on serving delicious and nutritious school lunches.

Poindexter is ready to respond to those who argue that healthy food doesn’t appeal to kids.

The Healthy Schools Campaign’s Davis adds, “It can be done, and these kids prove it, and only in both the innocence and arrogance of a teenager.” Foods that hold up well in your child’s summer lunch 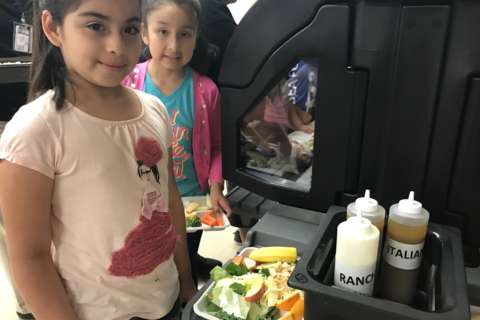