Will small craft beer get too big? Samuel Adams’ Jim Koch on the future of the industry

Walk into any bar and you’re bound to find more than a couple of craft beers — but it wasn’t always that way. The father of the craft beer movement speaks on the future of the industry in the D.C. area and nationwide.
Listen now to WTOP News WTOP.com | Alexa | Google Home | WTOP App | 103.5 FM
(1/4) 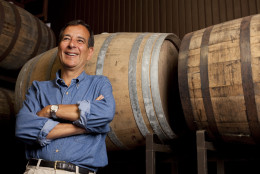 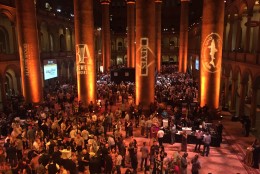 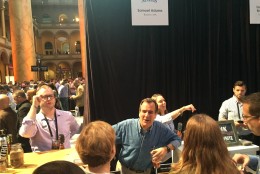 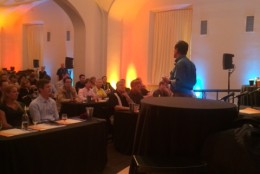 WASHINGTON — Walk into any bar and you’re bound to find more than a couple of craft beers — but it wasn’t always that way.

Thirty years ago, if you wanted a premium beer at an average bar, you had to buy a European beer. But that all changed when Jim Koch, founder of The Boston Beer Company, started showing up at bars in Georgetown and Adams Morgan with a beer called Samuel Adams.

D.C. was the second market in which Koch tried to sell after founding the company in 1984.

“I started in Boston, and it took a few years to get any kind of breakthrough because nobody knew what good American beer was. Craft beer hadn’t been invented yet, but Sam Adams had started to get a following in Boston and New England,” Koch told WTOP over a beer — a Sam Adams Boston Lager, of course.

Koch picked the District for his second city in part because it just felt right, and because a small distributor was willing to work with him.

Koch went bar-to-bar to get more people to try his beer. Some of his first customers were Clyde’s of Georgetown and Sign of the Whale. Adams Morgan bars also started selling his beer early on.

Things are very different now. The Brewers Association says there are more than 4,400 breweries in the United States. More than 70 of them, including the Boston Beer Company and several D.C. area breweries, were at SAVOR, a craft beer festival at the National Building Museum June 3 and 4.

In the past 10 years, the D.C. area has seen an explosion in craft breweries. In Northern Virginia, there’s Port City in Alexandria, and Mad Fox in Falls Church. DC Brau and Three Stars reside in the District, and Maryland is home to Silver Spring-based Denizens and Jailbreak in Laurel, just to name a few.

Growth within the industry is sweeping the state of Virginia, with breweries becoming part of what Virginia Gov. Terry McAuliffe calls the “New Virginia Economy.” Supporting local breweries is just a small part of the governor’s plan. It also means bringing larger, already established craft breweries into Virginia.

Bill Butcher, founder of Port City, says there’s no better salesman for Virginia beer than McAuliffe, and he has no problem with West Coast breweries, like Green Flash or Deschutes, opening East Coast facilities in Virginia.

Stone Brewing Company, which opened 20 years ago in San Diego, California, launched a brewery in Richmond earlier this year, not far from Richmond’s own Hardywood Park Craft Brewery.

Hardywood co-founder Patrick Murtaugh is happy to have Stone as a neighbor.

“We haven’t seen any loss in sales, and they’re a great partner in the brewing industry. I think it brings people to the state,” Murtaugh said.

“I still don’t think we’ve gotten to saturation. My belief is that in the next five years, there will be another 5,000 breweries in the United States.”

But not all brewers think this way. Chris Ray, co-founder of the Ashland, Virginia- based Center of the Universe Brewing Company, says he doesn’t want to see tax dollars go to foreign-owned companies that move into Virginia.

He cites state money going toward Ballast Point Brewing and Spirits, which is owned by Constellation Brands, opening a brewery in Botetourt County, Virginia.

“I believe my tax dollars, and my community’s tax dollars should be spent either on companies that are grown locally or ones that ownership exists within the United States,” Ray said.

Other brewers do see a troubling sign in craft breweries being purchased by conglomerates like Constellation Brands. Earlier this year, Anheuser-Busch InBev, makers of Budweiser and Stella Artois, bought Lexington, Virginia-based brewery Devils Backbone. That was the eighth small brewery bought by the global brand in the past five years.

He adds that large companies also create the illusion of choice at the bar and in the store.

“I think it would be sad if the American craft brewing movement gets taken over by these big brewing conglomerates,” Koch said.

He’s not looking forward to the day when you go to a bar, see 10 different breweries and have the consumer not realize that all of the beers are owned by the same company, he says.

“Ultimately, it’s something the consumer will have to decide.”

One sign of this is at Nationals Park, where Anheuser-Busch InBev replaced MillerCoors as the beer sponsors and kicked out a Samuel Adams beer stand that had been there since the park opened. Koch says he heard from one person who canceled his season tickets because of it.

7 ways to snack better during the pandemic