RUSSIA-UKRAINE WAR: Live updates | Russia slams sanctions | Russian oligarchs buy out of sanctions? | Ukrainian boy and a killing | US to leverage Russia-Ukraine bloc against China
Home » Food & Restaurant News » How to pair your…

How to pair your Girl Scout cookies with cocktails

If you're looking for a creative way to mix your cookie jar with your liquor cabinet, local cocktail expert Derek Brown put together some pairings that might surprise you.
Listen now to WTOP News WTOP.com | Alexa | Google Home | WTOP App | 103.5 FM
(1/6) 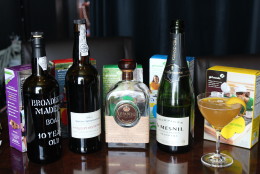 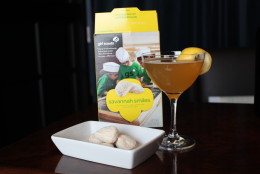 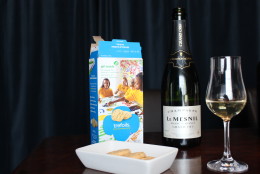 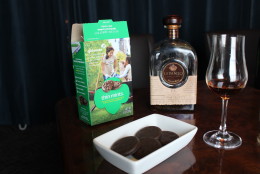 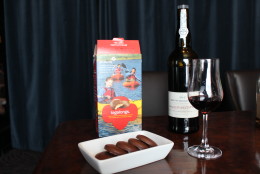 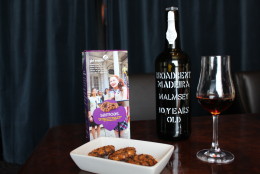 WASHINGTON — Girl Scout cookie season is here, and those brightly-colored boxes are everywhere. If you’re looking for a creative way to mix your cookie jar with your liquor cabinet, local cocktail expert Derek Brown put together some pairings that might surprise you.

Taste-tested by Brown and his team at Columbia Room, these five matchups are sure to please.

It’s not going to be an instant hit, but there will be an “a-ha” moment, says Brown.

“Remember that when you’re tasting, you just need to get going. You drink it, you eat and then you drink again,” he says. “It’s usually the ‘leave’ or the finish of the drink that you consider to be the pairing.”

Derek and his team sampled them all in one afternoon, one after the other. A few days later, Derek revisited the pairings and sent along his notes and new ideas.

Initial thoughts: The general consensus was that it was a good, but not great pairing. What was missing? Sugar, the tasting panel agreed. Brown found the Champagne brought out the flavor in the cookie.

“I love the bubbles, the way they interact with the breadiness of the cookie. You get this very buttery finish. There’s something in that cookie and the bubbles heighten that,” he says.

Derek’s reflection: “This Champagne has notes of yeast, toast, honey and lemon. Seems perfect. I would’ve enjoyed a little more sweetness but for those who want to keep it on the drier side, this is perfect.”

So what is it?

“It is a Lepanto Pedro Ximenez, or PX, sherry-cask brandy,” he says. “The key with this one is that it’s brandy, so it’s richer, stronger, but it’s aged in sherry casks, which gives it some sweetness, an almost raisiny character. I get almost a bitter finish, with a bit of mint. I have this feeling that PX and chocolate go together well, and then with that little bitter note, it’s a nice connection.”

The rest of the tasting panel wasn’t so sure. One Columbia Room employee expressed his distaste for Thin Mints in general, so his feedback may or may not be helpful. Another said he got hints of chocolate covered raisin, adding “this pairing isn’t for everybody.”

Derek’s reflection: “The brandy shows notes of figs, mint and toffee and definitely is sweet but has many layers. It transforms the Thin Mints from being a childhood treat into something much more complex. I loved this pairing.”

“This next one I feel like I’m cheating,” says Brown. “It’s Port and Tagalongs, aka peanut butter and jelly. That’s the dream pairing. Both of them work together so seamlessly.”

This pairing got the most love from the Columbia Room judges. Three out of three panelists agree, Port and Tagalongs tastes like an old-fashioned crusts-cut-off PB&J. With alcohol.

Derek’s reflection: “We all agreed that this was the best pairing of the day. The Port is rich and sweet with spice, plum and cherry notes. It worked perfectly together, like peanut butter and jelly. If you try only one of these pairings!”

After the grand success of the Port and Tagalongs, this next pairing came as a bit of a disappointment to some of the tasters. Brown, on the other hand, was sold.

“There’s this intersection where you’re not sure if it’s going to work,” he says, “but at the end that caramel smacks you on the back of the head and you’re like, ‘OK, that worked.'”

According to one of the taste-testers, “It doesn’t nail it but it’s pretty interesting.”

Make of that what you will.

Derek’s reflection: “The rich honey and toffee matches the sweetness of the cookies but the orange/citrus finish makes it a very clean, refreshing pairing. It worked. And they were sort of funky together, in a good way. I also might try sugary dark rums in the future.”

“For the most part I would be happy with any of these pairings,” he says. “Some of them nailed it and some of them are pretty damn close. All of them made the cookies seem more sophisticated to me. And all the cookies made the spirits taste better.” 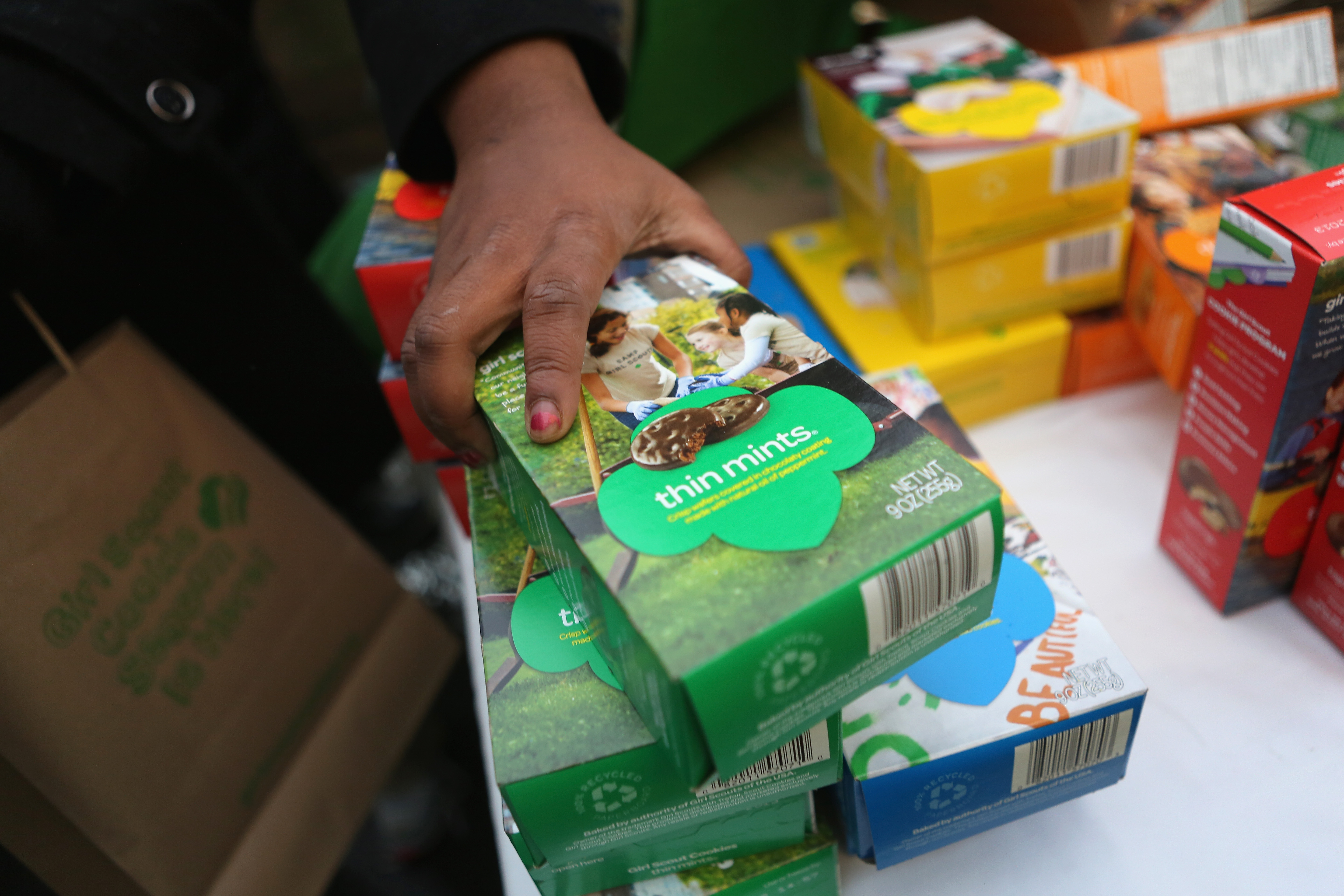 Guide: How to pair wine with Girl Scout cookies