What you need to know about farm-raised vs. wild-caught fish

WASHINGTON — Fish has become the darling food of nutritionists and home cooks in search of a quick and healthy meal. It’s high in protein, low in calories and packed with vitamins, minerals and healthy fats that help to lower the risk of heart disease and improve cognitive ability.

And while plates piled with more pink salmon and less red meat may make hearts healthier, the world’s oceans, lakes and rivers have felt the strain as nature inches closer to its limitations.

Overfished waters and a dwindling supply of some species have led to a rise in farm fishing. How does farm-raised fish stack up to wild-caught? Mary Ellen Camire, professor of food science and human nutrition at the University of Maine’s School of Food and Agriculture, explains the differences.

The difference between wild-caught and farm-raised fish

The difference between farm-raised fish and wild-caught fish is simple, says Camire, who is also the president at the Institute of Food Technologists. Farm-raised fish are grown in pens that are often submerged in ponds, lakes and salt water. (These pens can also be on land, but more on that later.)

Wild-caught fish, on the other hand, are caught in their natural environments by fisherman.

Some fish can be both wild-caught and farm-raised.

“Sometimes they just take the wild fish as babies and they grow them in a pen and fatten them up and then sell them at market, so there’s virtually no difference,” Camire says.

More than 50 percent of all seafood produced for human consumption is farm-raised, and this number is only expected to increase. By 2030 the World Bank estimates that nearly two-thirds of seafood will be farm-raised.

Is farm-raised or wild-caught fish better for the environment?

There is a lot of debate on whether wild-caught or farm-raised is better for the environment. Both types of fish come with their pros and cons.

Camire says a lot of species are overfished in their natural environments, and so there are a number of movements to halt traditional fishing methods among these species.

Sustainability also is a concern with traditional fishing.

“You have to send the fishing boats out into the ocean, they catch the fish and then have to come back, then take their truck to market, so [wild-caught fish] are not very carbon-footprint friendly,” Camire says.

Farm fisheries, or aquacultures, on the other hand, can be built closer to cities so less transport is required from the farm to the market.

“You can take something like an abandoned factory or a shopping center that is no longer functioning and convert that into an aquaculture facility,” Camire says.

Some aquacultures are even located in urban environments. Chicago’s The Plant experiments with aquaponics — or a hybrid of hydroponics (growing plants without soil) and aquaculture — in a 7,000-square-foot basement. The farm raises tilapia and uses the water system to grow salads, greens and herbs for the local restaurant industry and the city’s farmers market.

But not all aquacultures are good. Reports indicate that some aquacultures have had a negative impact on the environment. For example, shrimp farming is thought to be responsible for more than half of all mangrove loss.

Feeding farm-raised fish is another concern in matters of sustainability. Most farm-raised salmon are fed a food that’s made from ground-up fish.

“Fishing boats go out to sea, capture all these little fish, bring them back, process them and turn them into fish food, which is not sustainable,”Camire says, explaining that there is a way around this practice.

“We can do that now more sustainably by growing worms and other insects. They have that good protein, add that with the algae for the omega-3s and make a fish food out of that.”

A frequently cited study also reports high levels of PCBs, a potentially carcinogenic chemical, in farm-raised fish. Also common, although not in the U.S., is the use of antibiotics and pesticides in farm-raised fishing methods. Camire says some aquacultures in China don’t treat the fish waste properly, leading to water contamination. However, the industry in the U.S. has gotten much better.

Camire says aquaculturists in the U.S. are “very concerned with environmental issues,” and see a lot of advantages in adopting sustainable practices. In 2004, the World Wildlife Fund started to develop detailed standards, and in 2013, the Aquaculture Stewardship Council released its own set of standards, The Washington Post reports.

That’s not to say wild-caught fish are cleaner, however. Many are exposed to toxins and metals found in their natural food sources.

Is there a difference in taste and health benefits between the two?

Camire says similar to wild game or wild poultry, there may be a slight difference in taste between the two varieties.

“A wild turkey tastes very different from a farm turkey. Farm fish tend to have a little bit more fat in their diet, so they might be a little more tender or softer, compared to a wild-caught fish which might be a little leaner,” says Camire, although she says this depends on the fish.

Many fish are high in omega-3 fatty acids, which essentially comes from algae.

“These fish accumulate the omega-3s by eating lots of little fish who eat the algae who produce the omega-3s.”

Since farm-raised fish are exposed to fewer smaller fish than their wild-caught peers, some reports indicate they are not as rich in omega-3s. However, Camire says the aquaculture industry is cutting out the middleman and growing algae in ponds to harvest as fish food. This is a more sustainable and healthier method.

“People were concerned because there were a few studies that showed that the wild had higher levels of omega-3s, so they said, ‘We have a simple solution for that.’ In fact, a lot of humans are getting their DHA from algae now because they’re vegan or they don’t like fish,” she says.

So you’re at the store: What should you buy?

Many consumer guides say that regardless of how it is raised, some fish is better than no fish. In other words, don’t stop eating fish just because it is farm-raised or wild-caught.

However, Camire does strongly advise that consumers be leery of some international farm-raised products, mostly because other countries have different standards.

“Just because they have different practices,” she says. “There were some concerns in China, for example, they were putting the fish ponds next to pig farms and the pig manure was going into the water, and so the fish and the pig were picking up the bacteria from the pigs, so that was not a good situation,” she says, adding that to calm that scare, the farmers used antibiotics.

“And you certainly don’t want antibiotics in the food supply.”

Most stores label whether a fish is farm-raised or wild-caught, and Camire says fish should also be labeled by country of origin.

If you’re buying shrimp, expect farm-raised. She says most the shrimp you see today is grown in aquacultures. Regardless of its origin, there is not much of a difference in cost between farm-raised and wild-caught. She says the same goes for other varieties.

“More and more aquaculture is being done for mussels and oysters and I don’t think there’s that big of a difference in price between them,” she says.

However, similar to the World Bank’s prediction, Camire says to start getting more comfortable with the farm-raised labels you see at the store. You can only expect to see more of them.

“To give [the population] a good-quality protein, we’re going to have to rely more on aquaculture,” she says.

“I think we’re going to be seeing a greater variety of farmed fish. And not to displace the fisherman on our coastlines, but the stocks are depleting and we can’t keep taking without replenishing. I think the seafood industry is going to change.” 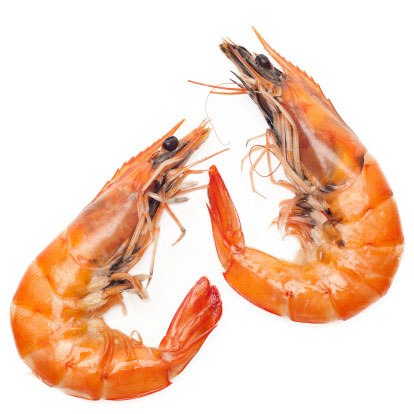 How to buy safe shrimp without going broke 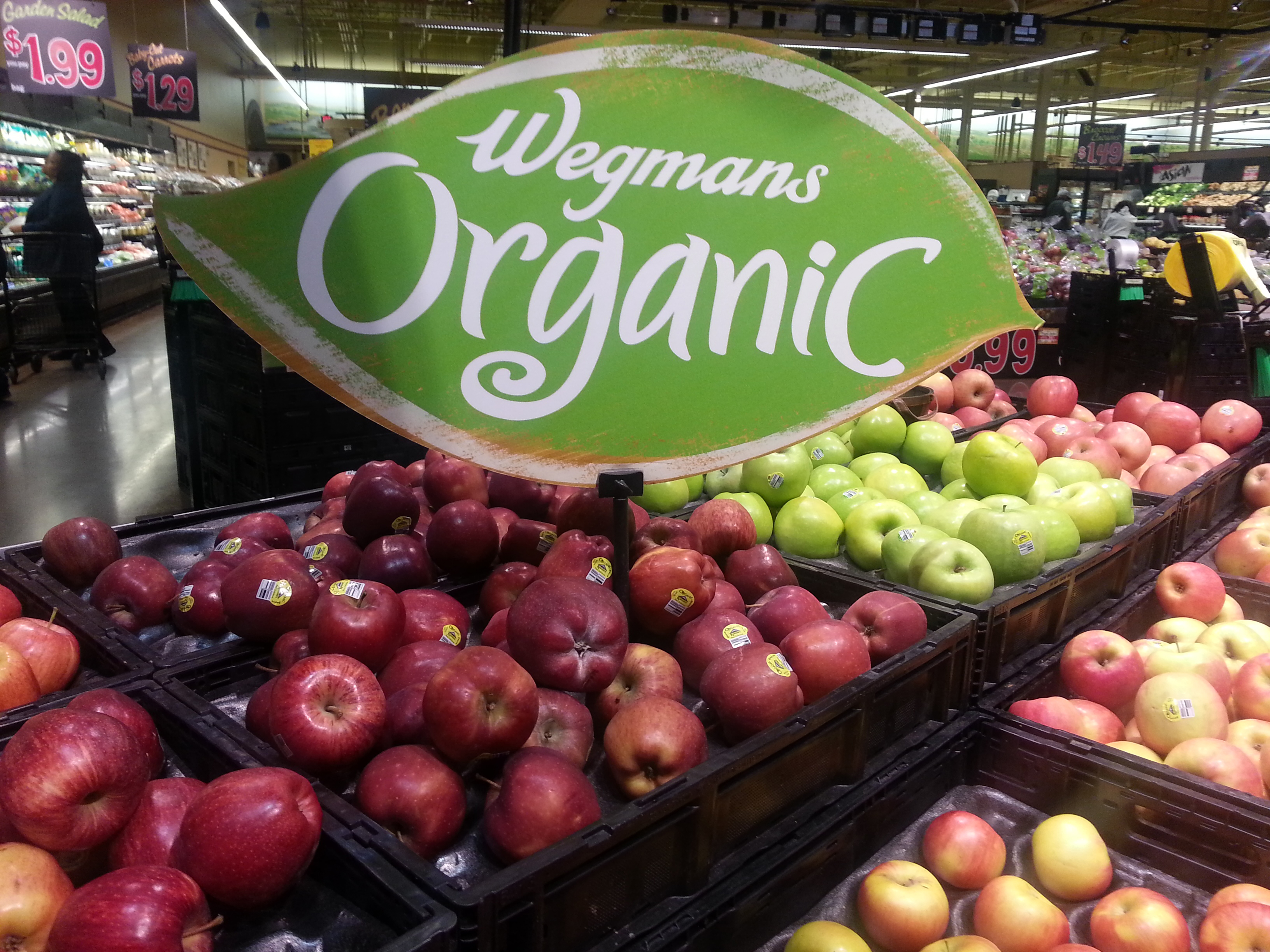