WASHINGTON — Five years ago, Silver Diner co-founders Ype Von Hengst and Robert Giaimo decided to revamp the menu of their regional chain restaurant to include fresh and locally sourced ingredients — and they didn’t stop there.

“If you start fresh and local, a whole bunch of other things come out of that,” Von Hengst says.

The gradual change eventually hit one section of any restaurant’s menu that’s traditionally reserved for fried, fattening and preservative-laden food: the children’s menu.

“When I see kids that have mobility issues, that saddens me,” says Von Hengst, who is the restaurant’s executive chef.

“We can absolutely get rid of this obesity issue that we have in the world if we all want to put a little bit more effort into it and serve them healthier options.”

To develop the new-and-improved children’s menu, Von Hengst decided to go straight to the source. He invited 20 kids and their parents to the Rockville, Maryland Silver Diner location for a taste test. The lessons learned, he says, were invaluable. And one dish, in particular, produced eye-opening results.

Von Hengst came out of the kitchen with a “plate of beautiful brown rice and steamed veggies and a low-sodium teriyaki sauce over a beautiful piece of salmon” to a sea of skeptical parents.

But the kids dug in.

“A lot of kids said, ‘Oh my gosh I love this. I wish that mom would serve me this.’ So there were a lot of lessons learned for both parties,” Von Hengst says.

Dishes — such as grilled bison sliders made with bison from Maryland’s Gunpowder Farms; a chicken pizza quesadilla, made using a multigrain tortilla, low-fat cheddar cheese, chicken and vegetables; and Pennsylvania-raised turkey with cranberry, orange and ginger sauce, potatoes and mixed vegetables — hit the menu. And of course, the reduced-sodium teriyaki salmon with brown rice and vegetables made the cut as well.

In addition to adding items to the children’s menu, Silver Diner took a few things off. In 2012, french fries, sweet potato fries and home fries were removed from the menu’s list of sides and extras. Sodas and lemonade also were eliminated. (Although, parents can still request these unlisted items for no extra charge.)

“We’re living in a free country, so if you want them, we have them for you,” Von Hengst says.

Researchers at Tufts University’s ChildObesity180 heard about the changes instituted at Silver Diner. They reached out to the restaurant and asked to study its impact.

The researchers obtained the restaurant’s sales data from six months before the menu changes, and data detailing six months of sales after the changes — about 350,000 children’s meals were ordered in that time.

“The results were really impressive,” says Christina Economos, director ChildObesity180. “After the menu changes, nearly half of the children’s entrees ordered were from the healthier kids’ options, compared to 3 percent before the changes.”

Orders of french fries dropped from 57 percent to 22 percent, and orders of strawberries jumped from 29 percent to 63 percent.

Economos says the data, recently published in the journal Obesity, shows what needs to be done to help reverse the trend of childhood obesity.

“We know for a fact that a pretty large percentage of children eat out on a daily basis — about 30 percent. And we also know that when children eat out, they tend to over-consume calories. … Children who consume quick-serve food, compared to those who don’t, are consuming 130 calories more per day if they’re between the ages of 9 and 13,” she says.

“Given that kids eat out a lot, they’re over-consuming calories, any changes we can make to reduce that consumption is important.”

“They’re really pioneers and I think they’re setting a great example in the industry, and our hope is that consumers continue to buy these foods and that shows a demand, and then we can see the supply change accordingly,” she says.

Silver Diner Chef Von Hengst isn’t surprised that his healthy food generated more business. He says customers are always asking for healthier options, and he’s constantly trying to satisfy their demands — even at a traditional diner.

“We are a place where you get pancakes and where you get scrambled eggs, but we’re serving Amish eggs and if you want to have pancakes, they’re made fresh with unbleached flour,” he says.

Von Hengst says he also hopes other businesses join him in the movement to makeover restaurants menus.

“For the longest time, we wanted to get this convenient food, and I’m glad that day has passed, that day is over, and we need to all be held accountable as restaurateurs to serve our kids and to serve our guests healthy and better food,” he says.

“We all have this moral obligation to feed our kids better and to give them better food because they are the next generation.”

Editor’s Note: Silver Diner is a paid advertiser on WTOP. 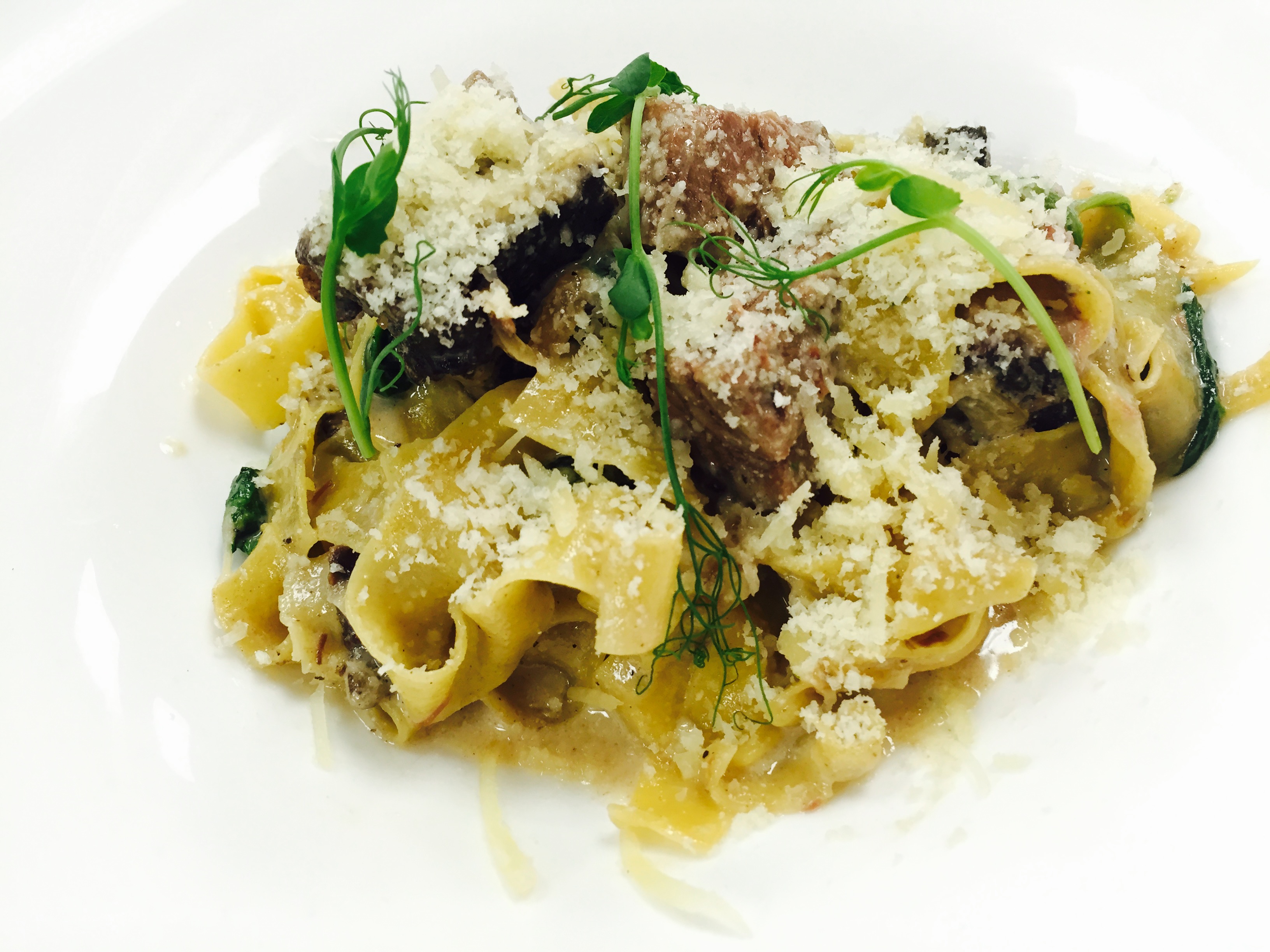