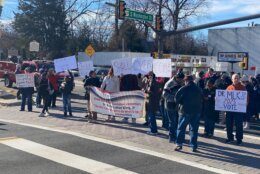 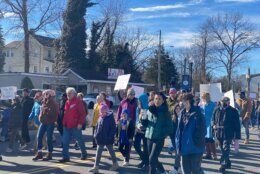 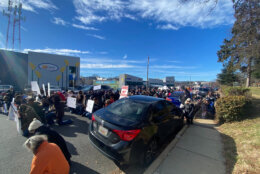 “I believe that putting feet on the ground is the way to honor Martin Luther King,” Edwin Bancroft Henderson II, founder of the Tinner Hill Heritage Foundation, told WTOP.

He and others began this march and day of action in 2017. The march always start at the Tinner Hill Monument, on the corner of Tinner Hill Street and South Washington Street.

“Tinner Hill is where the meeting took place to create the first rule branch of the NAACP in the country,” said Henderson, whose own grandparents were part of the group.

They were formed in 1915 to fight against a new ordinance that would have segregated housing and made Black residents move to one small section of the town.

“This honors the brave people of Falls Church who put their lives and their livelihoods on the line to stand up to injustice and were triumphant,” Henderson said.

Just years later, many lost their homes, including Henderson’s great-grandparent, to make room for Lee Highway. As they marched down the street, signs marked where their houses had once stood.

The crowd ended their march at Falls Church Episcopal and knelt in a moment of silence in honor of Martin Luther King Jr.