The man charged in a string of indecent exposures along the Washington and Old Dominion Trail in Fairfax County is suspected of exposing himself and grabbing women on the trail nearly two dozen times in the past two months, police said Monday.
Listen now to WTOP News WTOP.com | Alexa | Google Home | WTOP App | 103.5 FM

The man charged in a string of indecent exposures along the Washington and Old Dominion Trail in Fairfax County, Virginia, is suspected of exposing himself and grabbing women on the trail nearly two dozen times in the past two months, police said Monday.

Juan Rodriguez Alfaro, 42, of Herndon, was arrested last week and, so far, has been charged with eight counts of indecent exposure and other charges, police said at a news conference Monday and in a news release.

Overall, Rodriguez Alfaro is suspected in 13 indecent exposure cases in Fairfax County since July 15, said Ryan Lazisky, assistant commander of the Fairfax County Police Department’s Violent Crimes Division. He is also suspected in eight incidents in the town of Herndon, where the 45-mile trail also runs.

“Fairfax County and the town of Herndon are safer communities today than they were just a few days ago,” Lazisky said. “Over the last few months, a predator victimized over a dozen people and shook an entire community.”

In addition, Rodriguez Alfaro has an outstanding warrant for a November 2021 attempted rape and sexual assault out of Suffolk County, New York, which police said helped lead to his arrest in the Fairfax County assaults.

At the news conference, police provided few details of how they linked Rodriguez Alfaro to the trail assaults. In a news release, police said detectives learned of the outstanding warrant against Rodriguez Alfaro, who has been living in Herndon since January.

After Rodriguez Alfaro was arrested Sept. 8 on the outstanding New York warrant but the following day, a “very good tip” from a Fairfax County victim led to his first charges here, Lazisky said.

After detectives obtained a search warrant for his Herndon home, police said investigators collected additional evidence connecting him to additional incidents that occurred on July 20 on Monaghan Drive; on Aug. 14 on Centre Park Circle; and on Aug. 18 on the W&OD trail over the Fairfax County Parkway.

In each case, police said Rodriguez Alfaro was seen naked and then ran away.

In addition to indecent exposure, Rodriguez Alfaro has been charged with peeping, unlawful entry and two counts of obscene sexual display.

Police had spent weeks handing out flyers, canvassing the area of the trail and talking with members of the community.

“It feels good for us to be able to say that you can feel safe again walking that path,” Lazisky said.

Police are urging any other victims to come forward.

“We believe there is information out there that could lead to additional charges,” Lazisky said.

Anyone with information that might help the investigation is asked to call detectives at 703-246-7800 and select option three. Tips can also be submitted anonymously through our crime solvers tip line at 866-411-8477 (TIPS). 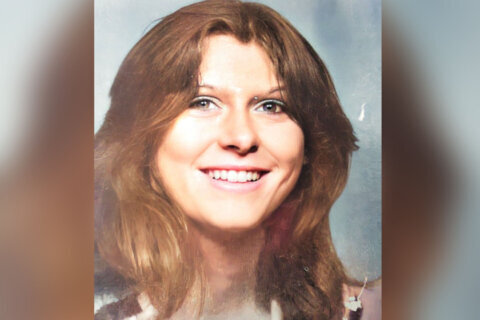