How ‘innovation hour’ at a Fairfax Co. elementary school has boosted student initiative 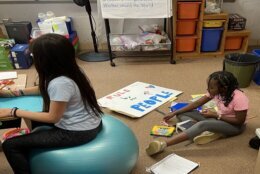 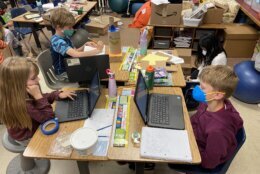 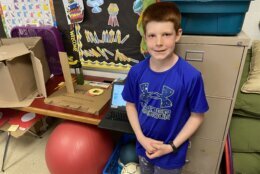 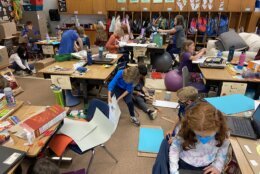 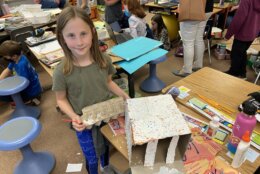 On a Friday afternoon early in the school year, Fairfax County, Virginia, third grader Tanner Williams crafted a survey to distribute in class.

He kept it simple, with questions about what pets and colors his peers at Wakefield Forest Elementary enjoyed. For the school’s weekly Innovation Hour, Williams just wanted to get to know his classmates.

But as the school year progressed, Williams’ weekly tasks became more advanced. One week, he brainstormed plans for a fundraiser aimed at keeping trash out of the ocean. It raised more than $700, he said.

Students at Wakefield Forest have come to look forward to innovation hour every Friday afternoon. Launched when Sharyn Prindle became principal in 2016, the last hour of Friday classes for kindergarten through fourth grade is devoted to allowing students to work on a project of their choice. There’s little direction, and the project can be different every week.

The initiative, Prindle said, has helped improve student attendance. Students look forward to this hour of freedom. In fact, plans are now made around it.

“I live in an amazing community that does lots of fun things and travel,” Prindle said. “I really was looking to keep kids coming in all the way through the whole week, through Friday.”

The excitement is evident on Friday mornings when students arrive, Prindle said. Many exit their parents’ cars in the morning with boxes and other recyclable materials to use for that day’s project.

But not all of the projects result in a physical display of creativity.

Several students are working to create a Rainbow Club, an organization to support the school’s LGBTQ+ community. Prindle advised those students to create a proposal.

Because fiber art seemed popular among some students, the school invited a fiber artist to discuss their process. Another group honed in on fashion design.

Another student used styrofoam balls to make a model of the solar system. One is writing a play about a girl and her dad getting into a fight over a mermaid.

“If you look around the classroom, you see that they’re in conversation, right?” Marucchi said. “This is not a time for me to say, ‘Oh, don’t talk to one another, you have to concentrate on your work.’ They’re focused on what they’re doing, but they’re having authentic conversations and they’re enjoying themselves.”

On a recent Friday, students in Marucchi’s class were tasked with creating something to symbolize ancient Greece’s biggest contributions to today’s society. Students are rarely given a topic during the hour, but the Greece assignment came in lieu of a test.

In a corner of the classroom, Williams worked with cardboard to create a stand holding the Olympic rings. He also plans to submit a presentation explaining their significance.

At a different group of desks, Wolf, who called architecture the Greeks’ most notable contribution, used a cereal box and white paint to create a model of Parthenon.

“Parthenon is a very famous sculpture of Greek architecture,” Wolf said. “So, it’ll look familiar to people, and they’ll understand how it’s made.”

While critics may suggest the tradition removes an hour of formal class time, “in a lot of ways, this is going to help them to hone and adapt other skills that they’re not getting to do during the school week,” Prindle said.

Williams, for the most part, varies his weekly plans. But for three innovation hours, he only created paper planes. Then he realized — that ruins the fun.

“I liked doing it,” Williams said. “But then I decided that I shouldn’t do the same thing every single time.”