A teacher from Fairfax County is back from a trip to Poland, where she helped feed refugees who were fleeing Ukraine.
Listen now to WTOP News WTOP.com | Alexa | Google Home | WTOP App | 103.5 FM
(1/6) 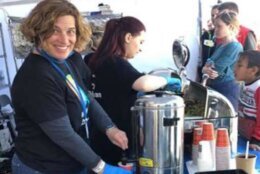 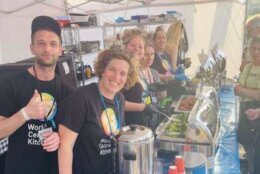 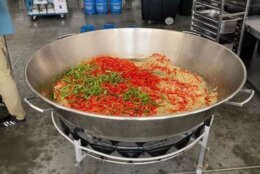 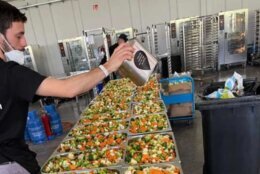 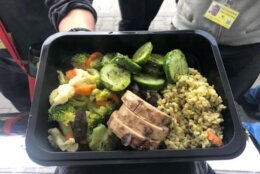 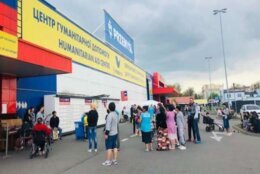 A teacher from Fairfax County, Virginia, is back from a trip to Poland, where she helped feed refugees who were fleeing Ukraine.

Meredith Hedrick, who teaches English as a second language at Annandale High School, took a 10-day trip to participate in humanitarian relief efforts at the busiest border crossing between Poland and Ukraine, which includes vehicle, foot and train traffic.

“I was working from 9 a.m. to 9 p.m. and there were times where I only sat down for 15 minutes a day,” Hedrick said. “We were providing breakfast lunch, dinner, snacks, baby food, coffee, tea and hot sandwiches.”

Hedrick said she heard stories that she will never forget, including one from a mother and daughter who escaped from Ukraine on a bus.

Then there were stories that came straight from war zones.

“One woman started crying telling us of being in her building and having her windows exploding on her,” Hedrick said.

Hedrick speaks Russian, so she was able to communicate directly with many people there.

“There were ups and downs,” Hedrick said. “There were so many other humanitarian volunteers doing everything that they can so it’s uplifting, but when you hear the stories, it was hard to sleep because I had to process all my thoughts and my feelings.”

Earlier this week, the U.N. refugee agency said that the number of people forced to flee conflict, violence, human rights violations and persecution crossed the milestone of 100 million for the first time on record, propelled by Russia’s invasion of Ukraine and other deadly conflicts.

“One hundred million is a stark figure – sobering and alarming in equal measure,” said UN High Commissioner for Refugees Filippo Grandi. “It’s a record that should never have been set.”

UNHCR said that the number of forcibly displaced people worldwide approached 90 million by the end of 2021, propelled by new waves of violence or protracted conflict in countries including Ethiopia, Burkina Faso, Myanmar, Nigeria, Afghanistan and Congo.

Since then, the war in Ukraine has forced more than 6 million people to flee the country and a further 8 million are displaced within Ukraine.

The 100 million figure represents more than 1% of the global population and comprises refugees and asylum-seekers as well as people displaced inside their own countries by conflict.