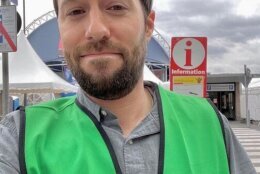 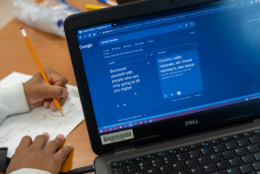 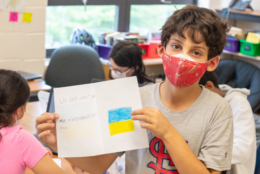 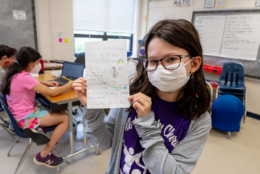 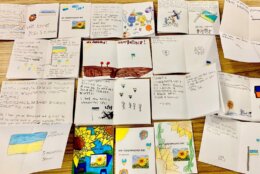 A Fairfax County, Virginia, principal and his students are making a difference by helping Ukrainian refugees.

Zapadka told WTOP that his students made cards for him to pass out that they wrote in Ukrainian.

“Just to see them holding a card that was written in Ukrainian, they make that connection, ‘wait this is from the United States, written by students in Ukrainian,’ you could just… you could see the tears and the appreciation,” Zapadka said.

He added that his students learned that their actions can cause a ripple effect across the world, and create a lot of happiness.

“For our kids to know that had that kind of an impact was pretty cool,“ he says.

Zapadka planned the trip at the last minute and had no spring break plans. He previously spent time studying in Cologne during college. Some of the families he met shared stories of homes bombed, fathers killed, and grandparents lost.

In a Fairfax County schools news article, Zapadka said he shared his spring break plans with school staff and offered to take any donations possible. Their response is swift.

“Right away, our students wanted to make cards. Staff members wanted to make contributions. A teacher’s mother began knitting hats,” Zapadka said. “It’s very emblematic of our community here at our school. They just want to help in any way possible.”