"In one night, they had gone out and stolen about 15 different individual shoes and they were all over," said Audrey and Hollenberg-Duffey, a pastor at Oakton Church of the Brethren.
Listen now to WTOP News WTOP.com | Alexa | Google Home | WTOP App | 103.5 FM

A couple of foxes are up to no good in a small Vienna, Virginia, community where talks of missing shoes had local residents perplexed.

The pair of pastors moved in about a year and a half ago, and were warned by the previous pastors there was a family of foxes nearby. However, they were never told about how mischievous they could be.

A few weeks ago they noticed boots and sandals all over their yard, and eventually realized the trail led to a small hole behind their shed.

“We began to realize that a fox family that had a den in a different part of the church property had moved in under the shed,” said Audrey. “In one night, they had gone out and stolen about 15 different individual shoes and they were all over.”

Soon, pairs of shoes began to pop up, the last count putting them at 27 shoes, with seven of them turning out to be pairs.

“We’ve been posting in a couple of different community groups to let them know if they’re missing shoes, we might have them,” Audrey said.

While their friends and some neighbors are enjoying watching the drama unfold on Facebook, the pastors say it seems the fox thieves have no intent to repent as the piles continue to grow.

A word of advice from Audrey for anyone who wears shoes and lives in the area?

“You may want to reconsider leaving your shoes out on the porch cause our fox friends apparently have a thing for feet.” 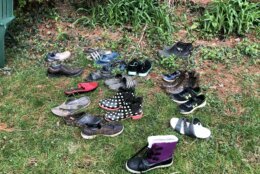 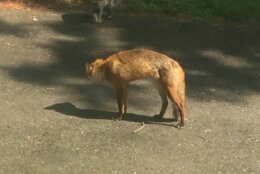 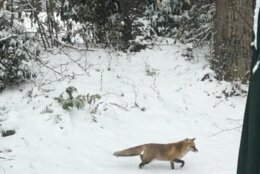