A Fairfax County, Virginia, doctor is behind bars after federal agents say he was prescribing medication in large volumes and for reasons that went beyond its intended use.
Listen now to WTOP News WTOP.com | Alexa | Google Home | WTOP App | 103.5 FM

A Fairfax County, Virginia, doctor is behind bars after federal agents say he prescribed medication in large volumes and for reasons that went beyond its intended use.

A detention hearing will be held Friday for 48-year-old Dr. Gurpreet Singh Bajwa, of Oakton, who had an office in Fairfax. He’s charged with illegal distribution of Adderall, a drug he prescribed 15,000 times between January 2017 and September 2018 — over 700 times a month, according to the U.S. Attorney for the Eastern District of Virginia.

Some local pharmacies would no longer fill prescriptions that came from him, according to court documents.

Bajwa was arrested after he prescribed Adderall to a pair of federal agents, including one who said she told him she needed it to help her get back in shape as a paid fitness model, which is outside Aderall’s intended use. The FBI says another agent bought a 30-day supply of Adderall four times in a span of less than two months — paying cash after showing up at his office and usually without an appointment.

Court documents argue Bajwa would write monthly supplies of Adderall to patients more than once a month. The feds say some of his patients also came from long distances — sometimes as far away as Florida — to obtain prescriptions for Adderall, as well as other drugs.

In 2012, Virginia’s Department of Health Professions suspended Bajwa’s license for two months because of his prescription writing habits. When the FBI began investigating him in 2018, DHP was in the middle of another investigation into Bajwa after receiving several complaints, including from the mother of a former patient of his who ended up dying from a drug overdose linked to illicit and prescription drugs.

In an affidavit filed in federal court, the FBI said at the time there were four different law enforcement agencies in the region that were investigating Bajwa regarding prescriptions connected to local drug trafficking networks and patient overdoses. 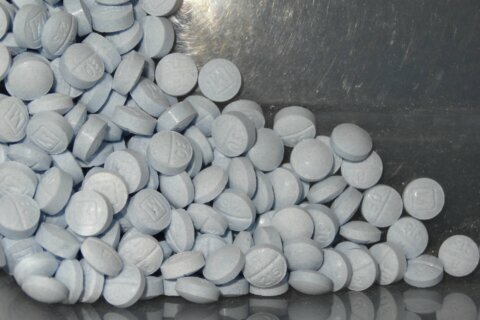 ‘Human error’ leads to some Fairfax Co. voters getting two ballots in mail