Maj. Ed O’Carroll, commander of the Major Crimes Bureau, said at a news conference that when 36-year-old Raphael Schklowsky, of Reston, was arrested April 8 and charged with illegal filming, police hadn’t found any evidence that he’d filmed anyone at Herndon High School, where he worked as a drama teacher and theater director.

But on Wednesday, after police had spent time reviewing the videos they’d found on Schklowsky’s devices, O’Carroll said, “The evidence tells us differently.” Numerous children were filmed at the school during what the police later called in a statement “school hours, rehearsals and events.”

So far, nine people have been contacted by the police after they were identified from photos and videos, but there’s more evidence to go through, and O’Carroll said that some of the victims may never be identified.

There aren’t any new charges against Schklowsky yet, but there will be, O’Carroll said; warrants are still being prepared. Schklowsky is being held without bond.

“Maybe you weren’t sure of what you saw … but maybe now it makes sense to you,” O’Carroll said.

“There’s so much digital evidence that detectives have to work through,” O’Carroll said.

Police had previously said they found more than 3,500 videos on 32 devices.

“It takes time to look through all those files, all those videos. … These are difficult cases to work,” O’Carroll said.

He added that some photos and videos were taken from outside the area. Some have been sent to police in the New York area, where they were taken, O’Carroll said; authorities there are going through the evidence.

Schklowsky was initially arrested in April after a woman said she found a hidden camera in an air conditioning vent in Schklowsky’s house on Cranberry Lane, where she was working. He was charged with four misdemeanor counts of unlawful filming and released on bond.

At a hearing in May, he was charged with 20 felony counts of possession of child pornography and a felony charge of unlawful filming. He was ordered held without bond then.

Schklowsky was put on leave since his initial arrest, and has been on leave without pay since the May arrest, a spokesman for the Fairfax County Public Schools said.

This story has been edited to correct the spelling of Maj. O’Carroll’s name. 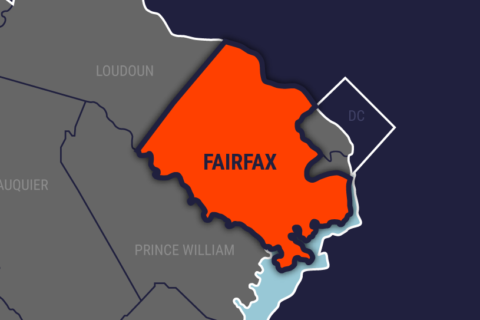