Woman dead in I-66 crash that snarled traffic for hours

A woman is dead following a crash on eastbound Interstate 66 in Centreville, Virginia, on Tuesday morning. Traffic was snarled for hours in the area.
(1/4) 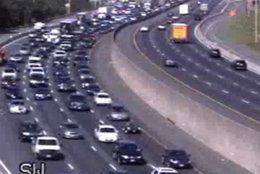 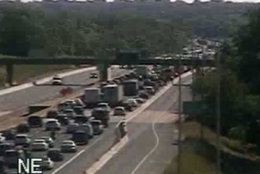 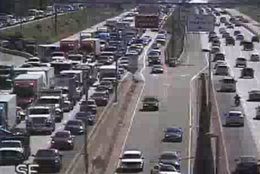 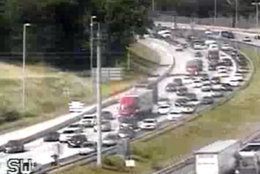 A woman is dead following a crash on eastbound Interstate 66 in Centreville, Virginia, on Tuesday morning.

She was killed after her Chevrolet Cobalt rear-ended a tractor-trailer and caught fire on I-66 around 2 a.m. before the U.S. 29 interchange, Virginia State Police said.

The tractor-trailer was parked on the right should of the eastbound lanes. According to police, it didn’t have its lights on and the driver was asleep in the cab.

The truck driver, a 35-year-old man from Iowa, was not hurt.

All eastbound lanes reopened around 7 a.m. after an hourslong partial closure overnight but eastbound delays remained and stretched from Gainesville to Centreville.

Compounding headaches for drivers on I-66 was a second crash, in the westbound lanes before VA-28, that occurred shortly after 9:30 a.m.

Traffic was slow-going for miles in the area but had mostly cleared up around noon.

The first crash remains under investigation, and the identity of the victim from that crash has not yet been made public.

Below is a map of the area where the crash occurred: