Dozens of people lit candles and stood in the dark Thursday night at the intersection of Fort Hunt Road and Alexandria Avenue in Fairfax County, Virginia, to remember an unarmed driver shot by U.S. Park Police along that road nearly a year ago. See photos of the vigil.
Listen now to WTOP News WTOP.com | Alexa | Google Home | WTOP App | 103.5 FM
(1/6) 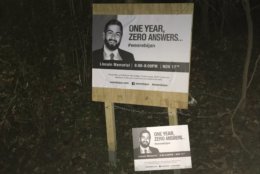 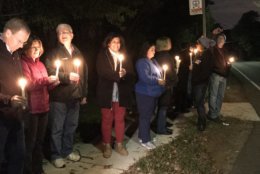 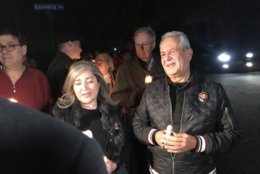 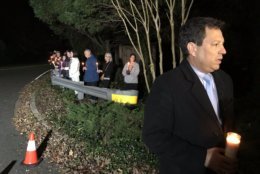 FAIRFAX COUNTY, Va. — Dozens of people lit candles and stood in the dark Thursday night at the intersection of Fort Hunt Road and Alexandria Avenue in Fairfax County, Virginia, to remember an unarmed driver shot by U.S. Park Police along that road nearly a year ago.

Ghaisar’s parents attended the candlelight vigil. His father, James Ghaisar, wept as he thanked people for coming and shared hugs with many of them.

Key questions about Ghaisar’s case are still unanswered. For example, the reason for the shooting and the names of the officers involved have not been released.

“Our hope is that with so much participation and so much kindness and (so many) voices, hopefully, the wall of silence is broken and justice is served,” James Ghaisar said.

On the night of the shooting, Bijan Ghaisar’s Jeep Grand Cherokee was rear-ended on the George Washington Parkway in Alexandria. He drove away from the scene of the accident; Park Police spotted his SUV and began a chase.

According to a wrongful-death lawsuit filed by his family, Ghaisar stopped three times as he was being followed, and each time, officers got out of their cars and pointed guns at him.

When Ghaisar stopped the third and final time, officers fired nine shots at him at close range. His family said he was shot four times in the head and once in the wrist.

Within a few days of the shooting, the investigation was turned over to the FBI.

“The small good news is the FBI has said they’ve concluded their investigation and turned it over to the Department of Justice,” Rep. Don Beyer said at the vigil.

But, the congressman from Virginia added, “Our frustration now is we would like justice not to wait months or years to make a determination. Department of Justice lawyers will decide … were Bijan Ghaisar’s civil rights violated and to what extent? In other words, will the Park Police be charged and what will they be charged with? And that’s the kind of conclusion we need.”

“We also need to see the investigative report,” Beyer said. “There’s so much now that the family doesn’t know. Why did they pull their weapons? What were they thinking? Why did they shoot?”

“It’s really disturbing. If an officer had been shot that night instead of a civilian, we would have had a press briefing that night about what happened, and we would have had charges within 24 hours. But, when a police officer pulls the trigger, it just seems to take forever,” Surovell said.

Several signs placed at the shooting scene by the family have been removed, Surovell said, and he doesn’t know who did it.

Surovell decided to put up a sturdy, wooden sign that reads, “One Year, Zero Answers.” It includes details about another vigil planned on Nov. 17 to mark exactly one year since the shooting. That vigil will be held at the Lincoln Memorial from 6 p.m. to 8 p.m. 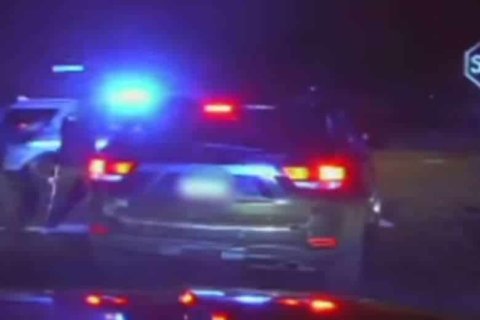 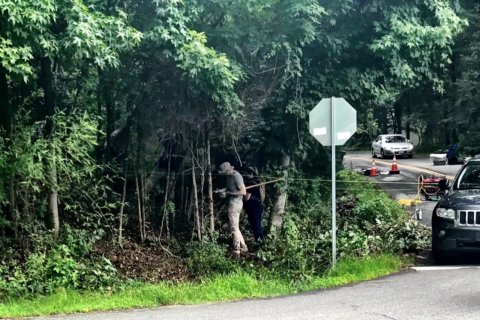 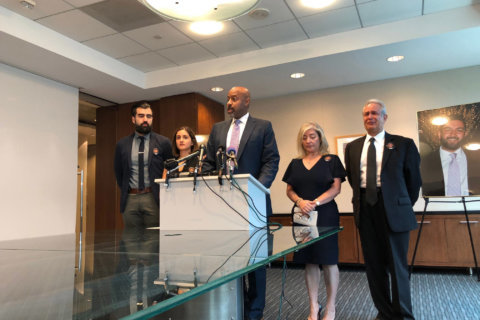