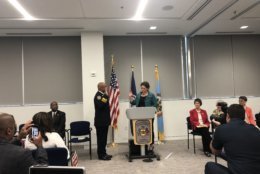 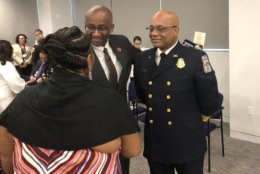 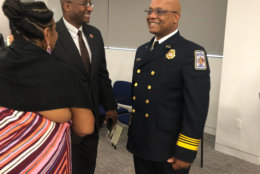 WASHINGTON — Almost 90 days into his new job as fire chief in Virginia’s Fairfax County, John Butler remains committed to ensuring a welcoming, respectful workplace, despite an earlier assessment which determined the department’s culture included instances of sexual harassment and bullying.

“The buck stops here,” Butler told the Fairfax County Board of Supervisors Public Safety Committee, during a brief presentation Tuesday. “I’m the women’s program officer — it starts and it stops here.”

In his first three months on the job, Butler said he listened and talked extensively with supervisors and rank and file employees to understand a 2017 third-party workplace climate assessment, authorized by the county Board of Supervisors.

“There’s a perceived — or real — lack of trust, and some transparency issues,” Butler told the panel.

“That climate assessment was done before I got here. It doesn’t go on the shelf, or just disappear into the abyss. We are going to address some of those areas,” Butler said.

“Some of them are achievable and reachable, some will take more time and more funding,” Butler said.

In speaking with women’s groups within the department, and with female employees individually, Butler said he has been seeking to understand the scope of the department’s problems.

“Many issues I’ve come across, I’m finding are somewhat institutional, enterprise-wise in the fire service. Some things I’m hearing and I’m thinking ‘I’ve seen this before and I’ve heard this before,'” Butler said.

At some point, Butler said a substantive review will be done to quantify change in the department.

“The climate assessment is a starting point — there’s got to be some time to effect change,” Butler said. “In 24 to 36 months there will be some time to address some of the issues that were identified.”