A Reston, Virginia, man told officials he forgot he had the two loaded semi-automatic handguns with him. TSA officers found he the weapons as he was going through a security checkpoint Saturday.
Listen now to WTOP News WTOP.com | Alexa | Google Home | WTOP App | 103.5 FM

WASHINGTON — A Reston, Virginia, man has been cited by police after an X-ray machine at Dulles International Airport detected two loaded semi-automatic handguns in his carry-on bag. Transportation Security Administration officers found the weapons as the man went through a security check point on Saturday.

The TSA said Metropolitan Washington Airports Authority police were called to the security line and the .38 caliber and .40 caliber guns were confiscated. One of the weapons had 13 bullets loaded inside of it. The man who told police he forgot he had the guns with him received a citation for having the weapons according to the administration.

The guns are the 13th and 14th found at security checkpoints at Dulles this year, alone. Last year 19 guns were found. At nearby Reagan National Airport, 10 guns have been found this year with a total of 13 confiscated last year. BWI Marshall Airport has seen 19 guns with passengers in security lines this year, with a total in 2017 of 26 guns discovered by TSA agents.

The TSA says that, nationally, one in every 200,000 air travelers are found with guns, when going through security screenings at the airport. Additionally, the administration said 80 percent of the guns found, are loaded.

Officials also said of the passengers found with guns, 77 percent of them are men.

The TSA said a first offense for carrying a handgun into a screening area is typically $3,900 fine, with each gun counting as one offense. The administration said it has the authority to deliver fines as high as $13,000 to travelers who bring weapons to airports. 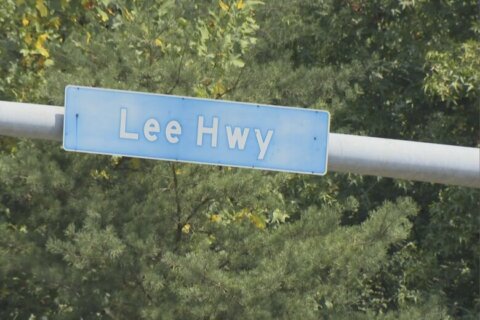