Family: Mother shot herself and 2 kids inside Fairfax Co. house

Fairfax County investigators confirm two children and a woman died in a murder-suicide by shooting after they were discovered in a Herndon, Virginia, house.
Listen now to WTOP News WTOP.com | Alexa | Google Home | WTOP App | 103.5 FM

WASHINGTON — Fairfax County investigators confirm two children and a woman died in a murder-suicide by shooting after they were discovered in a Herndon, Virginia, house.

Detectives swarmed Safa Street, in Herndon, late into the night Wednesday, and investigators have since served a search warrant to the homeowner who reported to dispatchers that he found two children shot to death in the house between the Leesburg Pike and the Fairfax County Parkway, just before 6:30 p.m.

As police searched the house, they found a 42-year-old woman dead upstairs and said it appears she turned the gun on herself.

Initially, Lt. Eli Corey, with the Fairfax County police, said the crime was domestic in nature, but police won’t say whether the woman was the children’s mother, or how old the kids were. Police said the woman shot the two children.

The woman’s brother, Yasir Ayaz, of Plano, Texas, flew to the D.C. area to be with his family. He identified her as Noera Ayaz and told WTOP that his nephews were around 9 and 11 years old.

Yasir Ayaz said that his family is devastated by what happened, and that they saw nothing that would lead them to think something like this could happen.

“No, absolutely not,” Ayaz said. “She was a very, very good person.”

Ayaz said his sister had a biomedical degree from Brown University and also a law degree from Columbia University. She dedicated her life to helping people with their legal problems, which included immigrants and refugees, he said.

“We’re seeing a lot of support from our friends and family, and we’re just trying to make it through this difficult time,” Ayaz said.

A medical examiner is conducting an autopsy on the victims. As police look for what led to the shootings, they said they’re not looking for any other suspects. 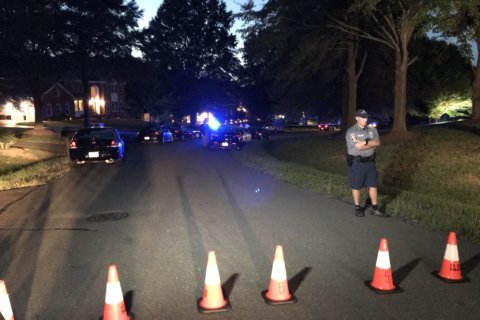