WASHINGTON — Fairfax County, Virginia’s archery management program began Sept. 8, and will run through Feb. 23 in an effort to control the area’s deer population.

The program aims to reduce the number of deer to 15-20 per square mile by relying on local archers. Archery is a safer alternative to guns in both urban and suburban areas, Fairfax County police said in a  news release.

“Regulated hunting is considered to be the most practical and cost-effective means to control free-ranging deer populations in most settings,” Molly Joseph Ward, former Virginia Secretary of Natural Resources, said. “Since 1960, there have only been five archery incidents statewide involving a victim other than the hunter, the last one occurring in 1996.”

Archers can target deer from above using tree stands, which means the ground acts as a natural backstop. Archers also need to get closer to deer since their tackle only works at short range, which allows for clear views and easy identification, Ward explained.

Since Virginia began tracking hunting injuries in 1959, no bystanders have been injured by an archer hunting for deer anywhere in Virginia. Last year, archery accounted for 95 percent of deer hunted through the Fairfax County management program.

An overabundance of deer brings safety and health issues, including deer-vehicle collisions, potential spread of diseases, and environmental damage.

All archers in the program must pass qualifications and acquire the proper licensing, education and safety training. They also must pass a criminal-background check.

Parks will remain open during the archery program. Parkgoers should look out for orange signs where hunting is authorized.

See a map of the hunting areas below. Click here for an interactive map. 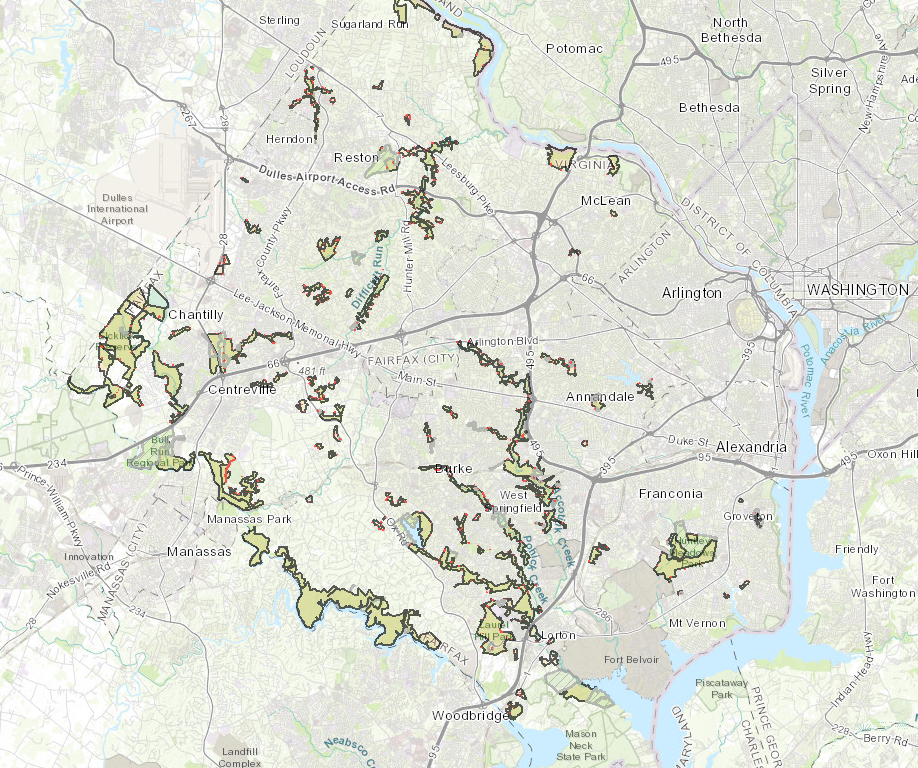