Close to 800 people attended funeral services on Saturday for a Reston, Virginia, couple who were killed a few days before Christmas. A 17-year-old with suspected neo-Nazi sympathies has been charged in their murder.
Listen now to WTOP News WTOP.com | Alexa | Google Home | WTOP App | 103.5 FM
(1/4) 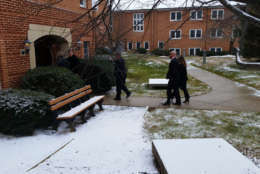 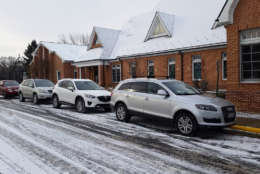 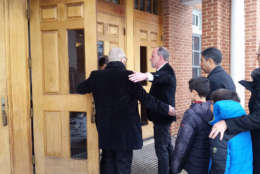 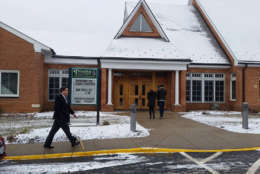 Herndon, Va. — Funeral services were held Saturday for a Reston couple who were killed just days before Christmas inside their home.

Police say a 17-year-old boy from Lorton shot and killed 48-year-old Scott Fricker and his 43-year-old wife Buckley Kuhn Fricker after they confronted the boy inside of their home around 5 a.m. on Dec. 22.

The Washington Post reported that the boy had been dating the couple’s daughter. He turned the gun on himself after shooting the couple.

He remains in critical condition and is under police guard.

Close to 800 people attended funeral services on Saturday for the couple held at Trinity Presbyterian Church in Herndon, Virginia. Even with several overflow rooms set up in the small church to accommodate the crowd, it was still standing room only.

Many in the community said they are still in shock.

“It’s a horror,” said Priscilla Chism. “A whole community is in collective shock.”

Chism said she knew Buckley Kuhn Fricker through her work with senior citizens and that she was “very heart-centered in her work.”

“It’s just heartbreaking … ” said Eliza Beulac. “I’m just here to support them on behalf of the rest of our neighbors.

Beulac was a neighbor of the family. While she said she didn’t know the couple personally, since they were new to the neighborhood, she said the couple’s children used to walk past her house on their way to school.

Buckley Kuhn Fricker grew up in McLean, Virginia, and had a law degree from the University of Denver Law School.

Instead of practicing law she founded Buckley’s for Seniors, a company that provides services to homebound seniors so they can continue to live in their own communities rather than go into a nursing home.

Chism said she is still stunned by the evil that happened.

“The thought of having such a shocking end with her son being at home, it’s unfathomable,” she said.

Scott Fricker’s obituary said he was born in Heidelberg, Germany, when his father was serving in the military but spent all of his formative years and professional life in the D.C. area. He earned a Ph.D. in survey research methodology from the University of Maryland and worked for the Bureau of Labor Statistics.

The couple leaves behind three children. Scott Fricker was a stepfather to two of his wife’s children.

The 17-year-old suspect has been charged with two counts of murder. His name has not been released since he is a juvenile.

Friends and family of the couple say the suspect charged with the murder had allegedly admired the Nazis and accused him of mowing a swastika in the grass of a community field.

The Washington Post reported the family had persuaded their daughter to break up with him because of his neo-Nazi philosophies.

In the obituary for Scott Fricker, the Fricker family asked for prayers for everyone affected by the tragedy and “that we treasure the moments that we have with one another.” 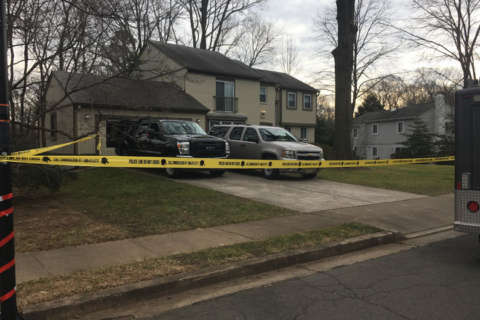 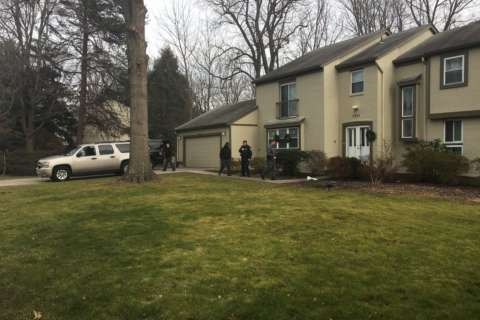