Neighbors say a Virginia teen charged in the fatal shooting of his girlfriend's parents say the youth mowed a swastika about 40 feet across into the grass of a community field.
Listen now to WTOP News WTOP.com | Alexa | Google Home | WTOP App | 103.5 FM
(1/4) 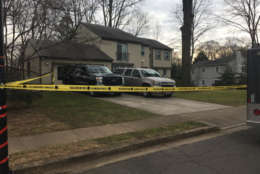 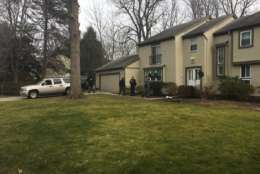 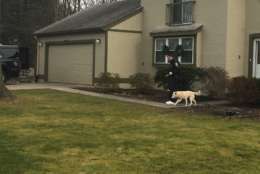 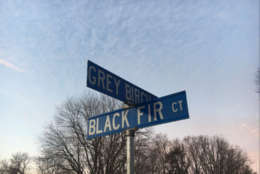 RESTON, Va. (AP) — Neighbors say a Virginia teen charged in the fatal shooting of his girlfriend’s parents say the youth mowed a swastika about 40 feet (12 meters) across into the grass of a community field.

Penny Potter tells The Washington Post that after the incident two months ago, residents of Reston talked to the youth’s parents instead of going to the police.

The 17-year-old from Lorton has been charged with two counts of murder in the deaths Friday of 48-year-old Scott Fricker and his wife, 43-year-old Buckley Kuhn-Fricker.

The suspect knew the couple, Fairfax County police say. He got into the home, on the 2600 block of Black Fir Court, and was confronted by the couple. He shot them both and then himself, according to a news release from police.

The shooter, whose identity has not been released due to his age, is hospitalized in critical condition

Family and friends say the couple found a Twitter account they believed to be linked to the youth. Friends say the account retweeted posts praising Hitler and making derogatory comments about Jews.

The family living in the house was new to the neighborhood, said neighbor Bill Aylward. “They had an open house here months or so ago, and invited everybody in to meet them,” he said. “Perfectly normal, all-American family.”

Four others were inside at the time of the shooting but weren’t hurt.