Muslims and community leaders come together in Va. 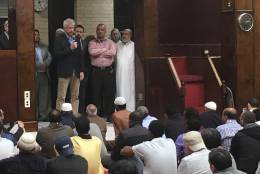 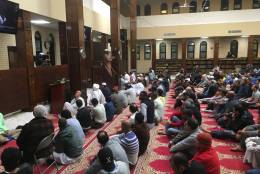 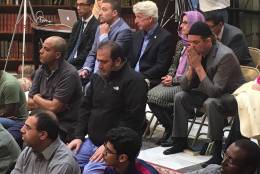 Many in attendance expressed their concerns about the results of the presidential election and what it will mean for the Muslim community.

“I think a lot of folks in our country are concerned, others are terrified,” said Colin Christopher, deputy director of government affairs for the Dar Al-Hijrah Islamic Center.

Addressing those concerns were a handful of elected officials from around the area, many of whom stepped up to a microphone to reassure the crowd.

“I will continue to work as hard as I can to defend and to protect your civil liberties and the civil liberties of all Virginians,” said Virginia Attorney General Mark Herring.

Sandy Evans, chair of the Fairfax County School Board told worshippers that Muslim students will be safe in school.

While some where critical of comments Donald Trump made during the campaign, others didn’t want to jump to conclusions about life under a Trump presidency.

“It’s early to judge … he’s the president elected, and we have to respect him as a leader,” said worshipper Abdulkarim Ahmed.

Reverend Scott Sammler-Michael of the Accotink Unitarian Universalist Church in Burke, Virginia, said that in order to move forward, supporters of the president-elect and those who didn’t support him need to come together.