WASHINGTON — Fairfax County is working to establish formal procedures for responding to citizen complaints against police.

Board of Supervisors Public Safety Committee members at a meeting on Tuesday heard and discussed recommendations for two new levels of review.

One would create a full-time auditor position to review police policies and investigations of police-involved incidents that result in someone being hurt or killed. Secondly, a civilian review panel would respond to complaints of alleged abuse of authority.

“This is not another investigation. This is not a civil service hearing,” said Jack Johnson, Chair of the Independent Oversight and Investigations Subcommittee.

“This is a review by a civilian panel of the outcome of investigation by the Fairfax County Police Department.”

Public Safety Committee members will continue to hash out details for the proposals on Sept. 13. The full board may consider the measures Sept. 20.

Board members say their goal is to ensure there’s transparency and accountability in investigations of citizen complaints against police.

This new effort is inspired in part by criticism that there were delays in the investigation into the fatal shooting of John Geer in 2013. Former Fairfax County police officer Adam Torres was indicted on a second-degree murder charge for shooting Geer who was unarmed and standing in the doorway of his Springfield home.

Two protestors help up signs at the meeting and occasionally interrupted county supervisors by shouting “black lives matter” and “what about the rights of people in the community?” 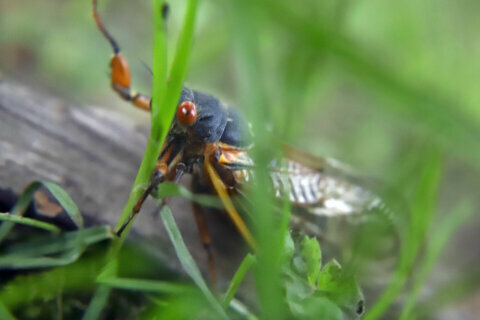