RESTON, Va. — Drivers in the D.C. area may have their breath checked for alcohol consumption without even knowing it. The…
Listen now to WTOP News WTOP.com | Alexa | Google Home | WTOP App | 103.5 FM

RESTON, Va. — Drivers in the D.C. area may have their breath checked for alcohol consumption without even knowing it.

The Fairfax County police are among the area jurisdictions that use a flashlight with a small, built-in sensor to detect alcohol in a drink, or on a person’s breath, to help take drunk drivers off the road.

“It’s a tool that we use, and it has a little pump, and it pulls air, so when you pull a car over, it can pull out the ambient air and analyze whether or not there’s alcohol in that air,” he says.

“The sniffer,” which sells for $695 retail, looks like a standard, heavy-duty black flashlight, except for a small alcohol sensor that activates with the push of a button.

If it signals that it’s detected alcohol, officers can then use standard sobriety tests to confirm whether the driver is intoxicated.

“I got one [drunk driver] at a checkpoint that I would never have detected,” Moore says.

He says that driver was acting normally at a DUI checkpoint and had tried to cover up the smell of alcohol. It was not until Moore activated the alcohol sensor on the flashlight, and saw it shoot through the roof, that he asked the driver to go through a full sobriety check.

“Sometimes it’s hard to tell,” he says, adding that the flashlight makes things much easier.

The company that makes the device, PAS Systems International, says that in addition to police and other law enforcement agencies, the flashlight has also been sold to schools to check students going to dances, football games or other events. 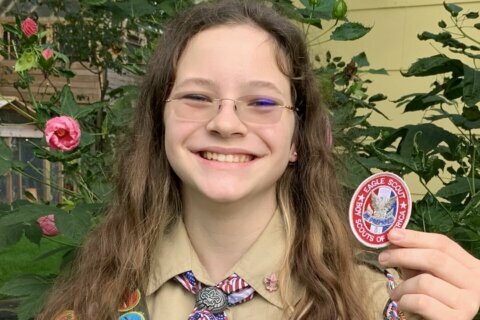