Cooley’s attorney Marla Diaz argued the statute of limitations was one year. Transurban attorney Caleb Kershner argued it was two years. Smith agreed with Diaz and dismissed the four toll violations against Cooley.

The ruling could affect the outcome of two other cases against drivers Jim Diller and Stuart Holmes and dozens of other similar cases pending in District Court in which Transurban sued too late.

Cooley was charged more than $10,000 for 11 unpaid trips along the 495 Express Lanes in November and December 2012. She had not properly set up the auto-renewal on her E-ZPass account. The administrative fees and penalties mounted even after she wrote a check for the original tolls. The appeal focused on four of those trips.

“While this may be an action with only civil penalties, Transurban is prosecuting violators of the HOT Lanes statute in the shoes of the Commonwealth,” writes Smith in his ruling.

“The money judgment rendered in a HOT Lane violation is not entered as a judgment payable to Transurban, but is instead paid to the Court, and ultimately transmitted to Transurban pursuant to its agreement with the Commonwealth,” he writes, concluding that by acting as the state, Transurban is compelled to follow the statute of limitations for filing civil penalties or fees.

Diaz says she is pleased with the ruling and she hopes it opens the door to other similar cases being dismissed. She also hopes it will convince lawmakers to fix problems in the Express Lanes laws.

“As it was written and it’s being implemented, it really is very problematic. I hope most legislators would be interested in correcting that problem, so that we have a statute that actually goes after those individuals that we’re attempting to stop from abusing the HOT Lanes and not penalize those people who simply had an issue with their transponder or some other minor problem that doesn’t justify the significant fines imposed upon them,” says Diaz.

Smith did not rule on other issues raised by Cooley’s defense including an argument that the law, as written, imposes excessive fines upon motorists disproportionate to the offense and are unconstitutional. During oral arguments, Smith suggested that it might be unfair to impose thousands of dollars in fines and penalties before a motorist is aware about an issue with their transponder.

“As the court’s rulings about the enforcement process have evolved over the last few months, we will adjust our procedures to ensure we can continue to pursue unpaid toll violators in line with the court’s latest guidance,” writes Transurban spokesman Mike McGurk in a statement to WTOP.

“Our primary focus will continue to be educating customers on how to avoid unpaid tolls. While less than 0.3 percent of all 495 Express Lanes travelers end up in court, we’ll continue to provide travelers opportunities to pay unpaid tolls at a low cost,” he adds.

Transurban encourages anyone with an unpaid toll trip to contact them or log onto their website immediately to work with the company to resolve the matter quickly.

Defense lawyers already tell WTOP that they will use Smith’s court ruling to defend their clients in the lower courts. They also believe the Circuit Court will eventually also rule on other pending issues not decided in the Cooley case, including the constitutional questions about the law.

Two Northern Virginia lawmakers have told WTOP that the law was crafted at a time when they thought the Express Lanes would have toll booths like the Dulles Toll Road and the Dulles Greenway. These lawmakers say that without red, yellow and green indicator lights found at a toll booth, tollpayers have no way to know whether their E-ZPass was activated as they passed under the gantries. 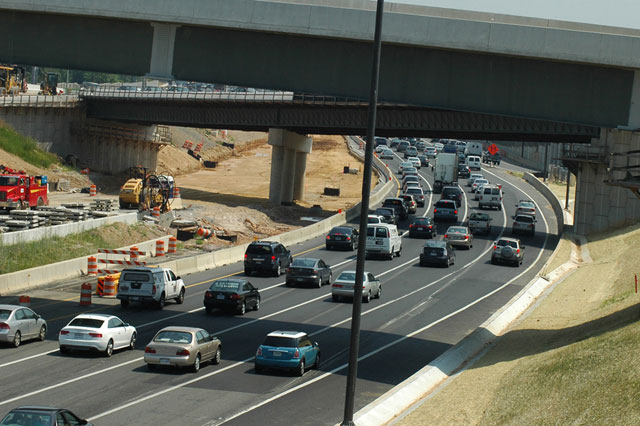