Was Macron’s phone a target for spies? French investigate

PARIS (AP) — France’s defense minister wants to learn from her Israeli counterpart what, if anything, Israel knew about the clients of the spyware company NSO who possibly targeted the cellphones of President Emmanuel Macron and other members of the French government.

Israeli Defense Minister Benny Gantz was meeting in Paris on Wednesday with French Defense Minister Florence Parly, and the French government spokesman said Parly planned to question him about “the knowledge the Israeli government had about the activities of NSO clients.”

Gabriel Attal said Parly also wants to know what measures will be taken to prevent such “misappropriations.”

France is trying to get to the bottom of allegations that in 2019 Macron and members of his government may have been targeted by an unidentified Moroccan security service, using NSO’s Pegasus spyware.

Morocco has denied those reports and is taking legal action to counter allegations implicating the North African kingdom in the spyware scandal. NSO has also denied that Macron was targeted.

Morocco, a key French ally, has toughened its stance against allegations that it was infiltrating cellphones, with Foreign Minister Nasser Bourita saying last week that anyone making such claims must show proof or justify itself in court, the official MAP news agency reported. Morocco has filed a suit for defamation against Amnesty International and the Paris-based nonprofit Forbidden Stories, which obtained a list of 50,000 cellphones of people said to be potential surveillance targets.

“There are talks between members of the governments and their counterparts,” Attal said, adding that he had no further comment due to the ongoing investigation, which he said involves “serious, in-depth, very technical” inspections.

Separately, the Paris prosecutor’s office is investigating the suspected widespread use of Pegasus to target journalists, human rights groups and politicians in multiple countries.

Parly was not expected to make any public comments on her meeting with Gantz, who was in Paris on a long-planned visit, the government spokesman said.

Before that meeting, the Israeli defense minister visited with members of France’s Jewish community to talk about a rise in antisemitic attacks. Gantz emphasized that “an attack on any Jew in the world is an attack on us as a nation,” his office said. 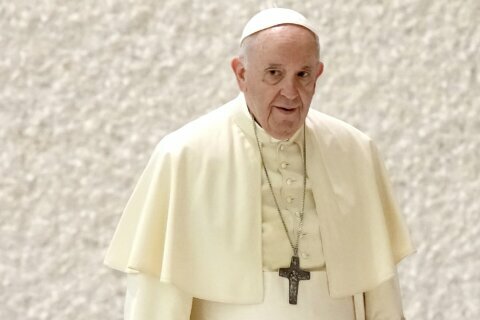 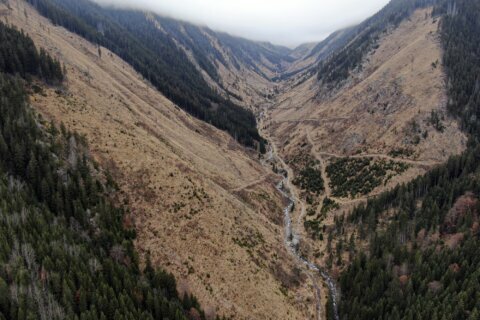