Review: Jury still out on whether NBC’s ‘Night Court’ reboot can make us laugh

Nominated for 31 Emmys and winner of seven, the sitcom sadly never won the top prize of Outstanding Comedy Series despite three nominations in 1985, 1987 and 1988, losing to three classics in “The Cosby Show,” “The Golden Girls,” and “The Wonder Years.”

Now, a whole new generation can watch the new NBC reboot of “Night Court,” which premiered its first two half-hour episodes back to back on Tuesday night. Nostalgia is a double-edged sword, providing fun callbacks but also reminding us how hard it is to recapture the magic. You may laugh, but not as much as the laugh track wants you to.

While the original starred Harry Anderson as fun-loving judge Harry T. Stone, the reboot follows his daughter Abby, played by Melissa Rauch a.k.a. Bernadette in “The Big Bang Theory,” but this time her voice isn’t as high-pitched. Her chipper personality will endear her to optimistic viewers, but it might be too Pollyannish for cynical viewers to embrace.

Abby spends much of the introductory episodes reminiscing about her late great father (Anderson died in 2018), but no matter how many exploding box pranks he left behind from the grave, his absence is apparent with one of the best characters left off screen. At least his memory succeeds in drawing an old familiar friend back to work in the courtroom.

That’s right, fans will be thrilled to see John Larroquette return as Dan Fielding, this time as a public defender instead of prosecutor. The role won him four straight Emmys for Best Supporting Actor from 1985 to 1988 before he withdrew his name from the Emmy ballot in 1989, allowing Woody Harrelson to finally win for NBC’s smash hit “Cheers” (1982-1993).

Larroquette’s scenes are the best part of the reboot. Writer Dan Rubin (“Unbreakable Kimmy Schmidt”) seems to have the most fun writing Fielding’s antics, be it serving summons as a fake barista at a coffee shop, stacking steaks in the freezer of his widower apartment or packing the court with folks who look identical to his guilty defendant.

On the downside, the script is often too cute by half with characters speaking obvious exposition about their wants and needs in life. It’s all a little too on the nose, making certain sentimental scenes feel awkward amid potty humor like Abby’s clerk Neil (Kapil Talwalkar) writing Bart Simpson-style “Seymour Butts” jokes on the lobby bulletin board.

It remains to be seen how the rest of the season will play out. It could turn out to be a wacky show to have on in the background while you scroll your phone, but it’s not exactly appointment viewing. You’re probably better off bingeing the original series for free on Amazon Prime. I’ll give the reboot a few more episodes before I bail. The jury is still out. 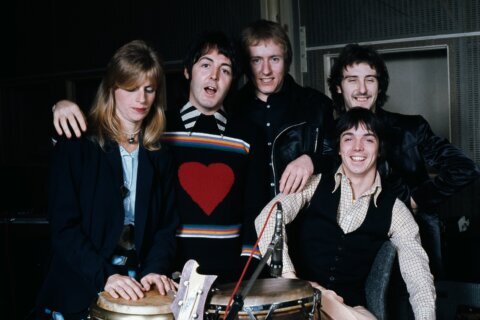