Review: In ‘The Inspection,’ boot camp from a fresh gaze

Elegance Bratton is certainly not the first person to turn to the military to fill a hole in his life.…
Listen now to WTOP News WTOP.com | Alexa | Google Home | WTOP App | 103.5 FM

Elegance Bratton is certainly not the first person to turn to the military to fill a hole in his life. But the filmmaker also knew he had a boot camp story that hadn’t been told a dozen times before. His feature debut, “ The Inspection,” is an intensely personal and truthful, if not entirely fact-based, account of joining the Marines as a gay Black man in the “don’t ask, don’t tell” era.

It is the type of film — brave, raw and poetic — that will rightly put Bratton on the map as someone to watch, not to mention the standout performances of Jeremy Pope and Gabrielle Union.

Pope plays the Bratton stand-in Ellis French, a quiet soul who has run out of options. A gut-wrenching early scene lets the audience know that he is not really welcome in his mother’s apartment. He knocks on the door, flowers in hand, and she opens it only as far as the chain latch will go. When she reluctantly lets him in to the cluttered space, she places a newspaper on the couch before he can sit down. She is, we understand, disgusted by her son.

It is a visceral introduction to this fractured family. Ellis is not at all disgusting, of course. He is kind and soft-spoken and eager to please this mother who lives in near squalor, with cardboard boxes and papers and blankets stacked chaotically around, refuses to offer her son anything to eat and can barely look at him without a scowl. Ellis’s visit is two-fold: He needs his birth certificate, but he also wants to tell his mother that the reason is because he’s joining the Marines. He still has hope.

Union gets the tricky task of playing the mother, Inez, who has all but disowned her still-young son for being gay. It is a staggeringly difficult role that Union masters despite just being in a handful of scenes that are the most powerful in the movie. She is an actor who, despite all her years and success in Hollywood, is still somehow undervalued. Hopefully “The Inspection” shows the industry that she has range and depths that have yet to be explored on screen.

The mother and son relationship is both throughline and bookend to the taut film, which is mostly set at boot camp. There, you see many familiar things: Screaming drill sergeants, recruit exhaustion, camaraderie, fear and violent homophobia. Bokeem Woodbine is especially effective as a drill sergeant Leland Laws. Raúl Castillo also makes an impact as a more empathetic officer.

But Bratton has some surprises up his military-issued sleeve as we are occasionally transported into the vivid fantasies of Ellis. The film nods to the glaring hypocrisy of having a “don’t ask, don’t tell” policy for some sexual preferences and not others.

Ellis is a quiet observer for most of this, even when he becomes a victim. If there were ever an indication of a star-in-the-making, it’s what Pope is able to convey with just his eyes as Ellis weathers it all on this journey to finding himself and his voice.

The most surprising element of the film is that it is not an all-out treatise against the military, but moreso a portrait of a complex organization that’s a microcosom of a broader societal homophobia. And yet, Ellis, and perhaps by extension Bratton, seems to be fundamentally hopeful despite having every reason not to be.

“The Inspection,” an A24 release in theaters now, is rated R by the Motion Picture Association for “violence, language throughout, some nudity, sexual content.” Running time: 94 minutes. Three stars out of four.

Celebrity birthdays for the week of Feb. 5-11 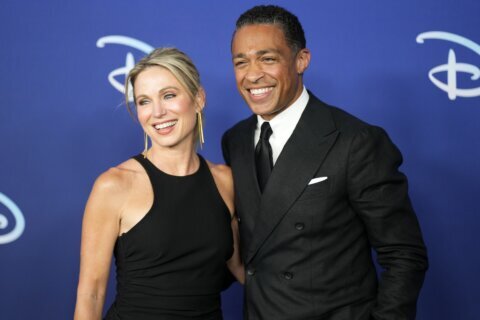