They were a standout in Questlove's Oscar-winning documentary "Summer of Soul (...Or, When the Revolution Could Not Be Televised)" about the 1969 Harlem Cultural Festival.
Listen now to WTOP News WTOP.com | Alexa | Google Home | WTOP App | 103.5 FM
download audio
WTOP's Jason Fraley previews The 5th Dimension in Annapolis (Part 1)

They were a standout in Questlove’s Oscar-winning documentary “Summer of Soul (…Or, When the Revolution Could Not Be Televised)” about the 1969 Harlem Cultural Festival.

This Sunday, The 5th Dimension rocks Rams Head on Stage in Annapolis, Maryland.

“We have mostly people who grew up with the music,” founding member Florence LaRue told WTOP. “Sometimes they bring their children, who reluctantly come. After the show they say, ‘Hey! You guys were great!’ They weren’t expecting to like their parents’ music!”

Founded in 1965, the group changed its name from The Versatiles to The 5th Dimension with LaRue, Lamonte McLemore, Marilyn McCoo, Ronald Townson and Billy Davis Jr.

The group’s breakthrough hit “Up, Up and Away” (1967) turned a hot-hair-balloon theme into multiple Grammys, including Record of the Year, penned by the great Jimmy Webb.

“We enjoyed working with Jimmy because he was so creative,” LaRue said. “Motown music was very popular, so we were singing R&B in our rehearsals, but [our manager Marc Gordon] introduced us to Jimmy and redirected our vocals to more of a pop sound.”

They won the Grammy for Record of the Year again for the No. 1 smash hit “Aquarius/Let the Sunshine In,” a medley of two songs written for the musical “Hair” (1967). The song was certified platinum and later ranked No. 66 on Billboard‘s “Greatest Songs of All Time.”

“I always say that God gave us a miracle with that song,” LaRue said. “We were performing in New York City, one of the gentlemen lost his wallet, someone found it in a taxi and he brought it to the show. Well, that gentleman was one of the producers of ‘Hair’ and that’s how we first heard ‘Aquarius.’ We just fell in love with the song right away.”

When it was all said and done, the classic group had 20 Top 40 hits on the Billboard Hot 100, including “Stoned Soul Picnic,” “Wedding Bell Blues,” “One Less Bell to Answer,” “Never My Love,” “(Last Night) I Didn’t Get to Sleep at All” and “If I Could Reach You.”

Tickets to the Annapolis concert cost $75. 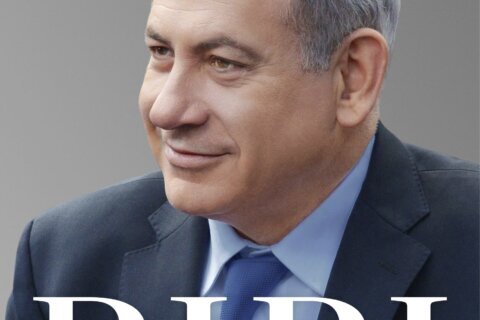