Now, Michael Bunce and Stephen Schmidt give their final run of “One Destiny,” revisiting the events of President Abraham Lincoln’s assassination in D.C. on April 14, 1865.

“We actually started in 2006 … mostly for tourist groups and kids coming from all over the country,” Schmidt told WTOP. “When [Ford’s Director] Paul Tetreault first came to the theater, he visited incognito to experience the average tourist’s experience. … Paul had the great idea to have a script made for actors to present it in a theatrical version.”

Written by Richard Helleson and directed by Mark Ramont, the performance runs 40 minutes without intermission and is recommended for ages 8 and up. It details the events of the assassination and questions whether John Wilkes Booth could have been stopped.

“We’re both very proud of this piece. It gets a lot of information, but it also teaches some of our audience about empathy for people that are in history [books] and stuff that they read about. These are real human beings, it occurs to them, that is the gift of ‘One Destiny.'”

“And being able to do it right underneath where it happened,” Bunce added.

Bunce plays Harry Hawk, the lead actor that night in the play “Our American Cousin.”

“He was not a local actor, he traveled with a company with the leading lady, Laura Keene, wherever they went,” Bunce said. “He was on stage when Booth jumped off the balcony and he thought for a second — because we found out later that Harry Hawk and Booth had been dating the same woman — so he thought Booth was coming to get him that night.”

Schmidt plays Ford’s Theatre co-owner Harry Ford, who was there as well.

“Harry Ford was the youngest of three brothers,” Schmidt said. “The four brothers not only owned Ford’s Theatre, they had another theater up in Baltimore and up and down the East Coast. … This is [set] days after the assassination and Harry Ford feels very guilty that he could have stopped, he could have prevented the assassination in some way. That’s the takeoff point.”

They relive the day in various flashbacks to see if they could have stopped it.

“When that shot goes off, it’s such a sad moment, not only from a personal point of view of what a wonderful human being Abraham Lincoln was … but for the country and, I’ve got to say, particularly for African Americans. It was really probably the worst thing that could have happened to them because he was definitely in their camp.”

In the end, it’s heartbreaking to think how history would have changed had Lincoln lived for Reconstruction. Instead, Vice President Andrew Johnson took office as a Southern sympathizer, sparking a century of revisionist history with Confederate myth making and Jim Crow laws that took another 100 years to address with the Civil Rights Movement of the 1960s.

“One [kid] asked, ‘Why did Booth kill the president?’ I said, ‘The truth is, he was a racist,'” Schmidt said. “It was all about total white-national racism. He spoke many times about it. This was actually the second plot of Wilkes Booth. He had originally intended to kidnap Abraham Lincoln and take him to Richmond to hold him hostage.”

They say Booth was fueled by hatred over Lincoln’s abolition of slavery.

“The last speech [Lincoln] ever gave was from the White House window,” Schmidt said. “John Wilkes Booth was there with some friends. [Lincoln] started talking about giving the vote to the freed men. [Booth] turned to a companion and said, ‘Did you hear that he’s talking about [expletive] voting? That’s the last speech that [expletive] will ever give.’ That was his motivation to kill him.”

You can see the actual weapon and Lincoln’s hat in the museum downstairs at Ford’s.

“The revolver is down there,” Schmidt said. “That’s the way it was designed. You go into the [building] … you walk through the museum downstairs, all about his administration, copies of the Gettysburg Address … then you go upstairs into the theater … you walk out from there the same path Lincoln was taken that night across the street to the Petersen House.”

“People come from all over the country, we get school groups, the place gets packed,” Schmidt said. “I have spent a lot of springs at Ford’s Theatre … those school groups, if they don’t like what’s going on or get bored, they can create their own drama quickly, but over 1,300 performances, the moment we get to the actual shot, we can always hear a pin drop.”

After this summer, they’ll pass the baton to new actors as “One Destiny” continues.

“We’ve known each other about 35 years,” Bunce said. “We did a musical version of ‘It’s a Wonderful Life’ at Toby’s Dinner Theatre, he was George Bailey and I was Clarence. We’ve known each other forever and we still get along. … ‘Bittersweet’ is the right word. I got the call saying, ‘You guys aren’t doing it anymore,’ and I thought, ‘Maybe it’s time.'”

“I’m looking forward to seeing other people do it,” Schmidt said. “We love each other. How lucky are we that we’re doing this same piece with a person we love after all these years?” 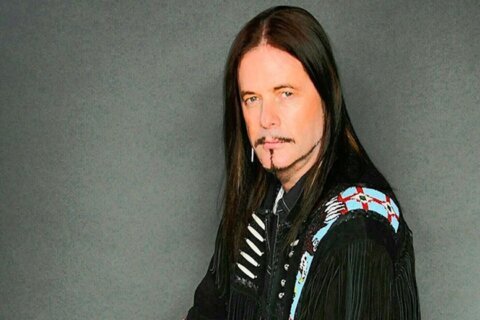