Did you grow up reading fairy tales? Did you dance in high school to Britney Spears? Shakespeare Theatre combines both for "Once Upon One More Time" now through Jan. 9.
Listen now to WTOP News WTOP.com | Alexa | Google Home | WTOP App | 103.5 FM
download audio
WTOP's Jason Fraley previews 'Once Upon One More Time' (Part 1)

Did you grow up reading fairy tales? Did you dance in high school to Britney Spears?

Shakespeare Theatre combines both for “Once Upon One More Time” now through Jan. 9.

“You don’t immediately think Shakespeare and Britney, let’s put those together, but Shakespeare’s mission is to reexamine classics,” playwright Jon Hartmere told WTOP. “These stories are classics, and if I may, so are Britney’s songs, so it was meant to be.”

Directed by Keone and Mari Madrid, the world premiere follows fairy-tale princesses Cinderella, Snow White and Sleeping Beauty as they host a book club, where a rogue fairy godmother gives them a copy of “The Feminine Mystique,” changing their perspective.

“The only book that exists in the kingdom is the Book of Fairy Tales,” Hartmere said. “Cinderella feels like something’s missing … so she asks the universe and her fairy godmother for something more. She’s given a book, ‘The Feminine Mystique,’ her introduction to what is possible as a woman. When she reads that, her mind is blown.”

Such fractured fairy tales rethink how we teach kids these stories.

“Everything is being re-examined right now, so it feels quite timely,” Hartmere said. “Those stories are classics. I used to be an elementary school teacher and reading them to the kids, the stories can be deeply problematic, so to reexamine them through a modern lens is interesting with an eye toward fun. … This show is a meta-commentary on that.”

“We open with ‘One More Time,'” Hartmere said. “It’s the characters in the kingdom presenting themselves to the girl trying to be chosen. You tweak the lyrics a bit, so instead of ‘hit me baby one more time,’ it’s ‘pick me,’ pick my once upon a time.”

Believe it or not, the most important song to the story is “Lucky.”

“‘Lucky’ is the cornerstone of the piece,” Hartmere said. “Once Cinderella has introduced the idea that she’s not sure if this is happily ever after, when she questions that, they all begin to question what they’d want from their own stories if they had some autonomy. … So, ‘Lucky’ is the summary of the piece — ‘I’m so lucky, so why am I so unhappy?”

“The stepmother is always scheming to find a way to get her daughters to replace Cinderella,” Hartmere said. “She convinces the narrator that he has the power to banish characters, so ‘Toxic’ is her getting in his ear. … She walks him through banishing each of the princesses and sending them off to a place called Story’s End.”

Which other songs do we hear from Britney’s catalog?

“‘Work B*tch’ is when she’s ordered to clean and cook,” Hartmere said. “‘Oops! … I Did It Again’ would be a plot spoiler. ‘Circus’ is Prince Charming’s entrance. … ‘Stronger’ is almost our finale when the princesses confront the powers that be. … ‘Sometimes’ is at the ball. … ‘Crazy’ is the top of the second act as the whole kingdom is turned upside down.”

The hit songs are paired with creative fantasy visuals.

“The set is really magical and almost operatic,” Hartmere said. “The idea is what you’re looking at is a dream factory where these stories are constructed on a nightly basis. It’s just striking. … The costumes are incredible. It’s not like anything I’ve ever seen before.”

Audiences run the gamut as the show connects with different demographics.

“The crowd itself is a mix of subscribers, Britney fans, groups of gay men, mothers and daughters; it’s a real bus stop of people,” Hartmere said. “I overheard a couple of subscribers the other night who were women in their 70s singing ‘One More Time.’ She said, ‘Oh, that’s the only song I thought I knew, then I remembered that I knew ‘Oops’ too!'”

Have the creators received any feedback from the Princess of Pop herself?

“She came to a reading,” Hartmere said. “I sat behind her, she clapped and laughed and smiled and was very complimentary afterward, so that was a thrill for all of us.” 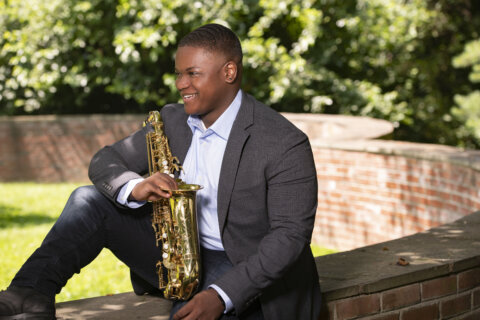 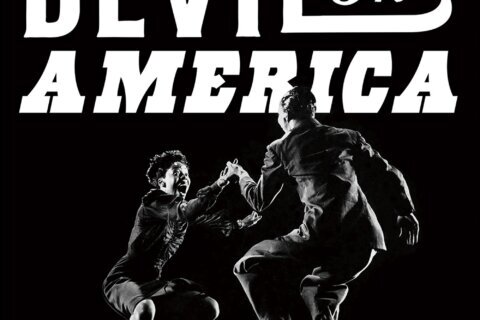