The Frederick Jazz Festival hits the Weinberg Center in Frederick, Maryland, on Saturday.

“My wife is from Washington D.C. so I’m in the area a lot,” Blanchard told WTOP. The show will feature music from “Absence,” his latest album on Blue Note, which includes music by, and inspired by, Wayne Shorter. “We’re also joined by the Turtle Island String Quartet,” Blanchard said. “Man, it’s been a joy to play with these guys every night.”

He’s fresh off the historic achievement of becoming the first Black composer to stage an opera at New York’s Metropolitan Opera last month with “Fire Shut Up in My Bones.”

“It’s filled with mixed emotions,” Blanchard said. “Obviously it’s a huge honor and you’d be crazy not to think so. But at the same time, I thought about William Grant Still and other great composers who never got their shot.”

He said he was shown a ledger dating back to 1919 of composers excluded by The Met.

“You can see William Grant Still’s name in there three times: 1920, 1935 and 1939. That broke my heart, but hopefully we’re trying to right the ship moving forward.”

Born in New Orleans in 1962, Blanchard grew up with Wynton and Branford Marsalis.

“I’ve known those guys since we were in elementary school — Harry Connick, Leroy Jones, there was a bunch of great musicians from that area … inspiring each other,” Blanchard said. “While we grew up listening to jazz, I was also listening to Parliament Funkadelic, Jimi Hendrix, classical, all types of different music.”

He initially wanted to be a professional football player, but he quickly pivoted to music.

“I played on the little league teams until I played for the Bayou Classic with Grambling vs. Southern and I saw all those big dudes get off the bus and I was like, ‘Nah, I don’t think this is for me,’ so around that time music became a serious thing for me around 15.”

After studying at the New Orleans Center for Creative Arts and Rutgers University, he toured with the Lionel Hampton Orchestra and Art Blakey’s Jazz Messengers before forming the Terence Blanchard / Donald Harrison Quintet. He went solo in 1990.

“It was incredibly exciting when we got signed by Columbia Records,” Blanchard said. “Dr. George Butler had confidence in us and put a lot of support in us. We did great making records, touring and having large budget to do the projects. It was an incredibly exciting time. … We were just trying to make records that would communicate to an audience.”

The result was 14 Grammy nominations with five wins, including one for a recording with Jeff Watts. “When they announced my name, they also had to announce the title of the track that I played on. It was so funny because they said, ‘And the winner is: Terence Blanchard, ‘Dancing for Chicken.’ … To hear that over the loudspeaker was just hilarious.”

While his music career flourished, he also began working on movies with Spike Lee.

“I got hired to do this recording session for this film,” Blanchard said. “When I walk in, Spike is standing at the door. I had on my Lakers hat, T-shirt and purple-and-gold Converse. He goes, ‘Oh, you’re a Lakers fan.’ I said, ‘Yeah buddy, what about it?’ The next thing I know, he was taking me to Knicks games and I’m sitting courtside.'”

He began playing as a session musician on the social commentary masterpiece “Do the Right Thing” (1989), which featured an original score by Lee’s father, composer Bill Lee.

“We didn’t know that it was going to go down in history; we just knew it was a good movie,” Blanchard said. “Back then, everybody was trying to get the film companies to understand how to market those films because we felt that there was an underserved community. When you look at it now, I’m glad that the movie has withstood the test of time.”

He began composing original pieces of music for “Mo’ Better Blues” (1990) alongside Bill Lee, before getting his own first sole composer credit on “Jungle Fever” (1991).

“The first couple of films, I was just a session musician, but then on ‘Mo Better Blues’ everything turned around because I became a composer for him,” Blanchard said. “Spike has always been committed to making great movies, as you can tell throughout his career.”

One of their greatest remains the biopic “Malcolm X” (1992), starring Denzel Washington.

“We had just finished ‘Mo’ Better Blues’ not long before that and Denzel called me, I forget what about, but he started talking to me about doing ‘Malcolm X,'” Blanchard said. “He went into doing the opening speech over the phone and, bro, it was eerie. It was like he turned into Malcolm. When we were on set, he was extremely focused.”

Blanchard even made a cameo in the film. “There’s one scene where he runs out of a club and Billie Holiday is up on stage playing. I’m the trumpet player in the Billie Holiday band.”

He received his overdue first Oscar nomination for “BlackKKlansman” (2018), featuring guitarist Charles Altura, who will join Blanchard at the Frederick Jazz Festival.

“When I saw that first scene with John David Washington in the afro, leather jacket and bell-bottom pants, my mind literally went to Jimi Hendrix. … Spike calls me up and goes, ‘Yo, I think we should have an R&B band with an orchestra.’ I said, ‘I was thinking along the same lines.’ When I presented the idea of a Jimi Hendrix type sound, he was all for it.”

His second Oscar nod came for “Da 5 Bloods” (2020) with the late Chadwick Boseman.

“Nobody knew he was sick,” Blanchard said. “I talked to Clarke Peters, Spike and even Delroy Lindo about it. … Everybody to a man said, ‘He didn’t say anything.’ … He kept it to himself. He was doing treatments. It’s a testament to that brother’s will and strength of spirit that should be a lesson for us all … not to be so consumed with our own situations.”

The animated film made history by featuring the first Black “Disney princess.”

“It was a lot of fun working on it because it was a love letter to New Orleans,” Blanchard said. “When we finally saw the finish product, we were just amazed. … A friend of mine, she’s a judge, had me speak at a program for young kids. … As soon as they said, ‘This is the guy from ‘Princess and the Frog,’ I had their attention for the rest of the day.”

“It’s extremely important,” Blanchard said. “That’s how I became who I am. Somebody reached back and gave me a helping hand. … I’m a firm believer in paying it forward. In doing so, we’re educating. I started looking around, realizing those guys aren’t around to teach anymore, so you have to think, ‘Who’s going to do it?’ … You have to step up.” 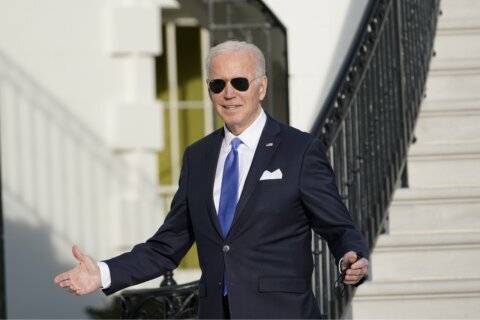