Will Smith came the closest of his career to winning an Oscar as Muhammad Ali in "Ali," only to be TKO'd by Denzel Washington's terrifying turn in "Training Day." Now, a different sports flick might finally do the trick as he plays Richard Williams, father of Serena and Venus Williams, in "King Richard."
Listen now to WTOP News WTOP.com | Alexa | Google Home | WTOP App | 103.5 FM

In 2001, Will Smith came the closest of his career to winning an Oscar as Muhammad Ali in “Ali,” only to be TKO’d by Denzel Washington’s terrifying turn in “Training Day.”

Now, a different sports flick might finally do the trick as he plays Richard Williams, father of Serena and Venus Williams, in “King Richard” in movie theaters and HBO Max on Friday.

WTOP spoke with director Reinaldo Marcus Green (“Monsters and Men”) and actor Jon Bernthal (“The Walking Dead”) to discuss what’s likely to be the crowd pleaser of the year.

“He’s definitely got my vote,” Bernthal said. “What Will does in this movie is so beyond a beautiful performance. The way he dove into this, the way in which he changed his body, changed his demeanor, his ability to come off the cuff with such unbelievable improvisation, he literally elevates this film. I’ve never been on a set and seen this.”

Written by Zach Baylin (“Creed III”), the film aims to show a more human side to Richard.

“He’s been portrayed in the media for a long time, but this story is a different side,” Green said. “It’s the family story. … [It’s] an opportunity to see a very nuanced, three-dimensional character, someone who was there for his children, who provided love and time and commitment in a way that you can’t see when you just click a link on the internet.”

Sports writers have written volumes about his proverbial master plan, hatched before his daughters were even born. Upon watching Romania’s Virginia Ruzici win the French Open in 1978, Williams wrote an 85-page plan for his future daughters to become tennis stars.

Sure enough, Serena won the U.S. Open in 1999 and Venus won Wimbledon in 2000, as Richard jumped over the NBC broadcast booth to shout, “Straight Outta Compton!”

“When we look at somebody who raises such unbelievably successful kids, we figure that it’s overbearing and suffocating, but what you find is this unbelievable, enormous love and respect and real desire for the kids to become themselves and flourish,” Bernthal said.

“With Rick Macci specifically, the thing that resonated with me right off the bat is that he just has this pure, pure love for the game,” Bernthal said. “You look at these coaches and you think that they’re in it for the money or that they have this end goal, but … what these two men really connected on was this absolute love and adoration of these kids.”

The key was to build a family dynamic on set with child stars Saniyya Sidney and Demi Singleton by inviting their other sisters along for the ride every day during the production.

“There were five girls on that VW bus and a mother who was present,” Green said. “I would be remiss not to mention the other girls involved in that process because it only strengthened Saniyya and Demi’s performances. … Their other sisters were picking up balls and hanging signs. That’s what we tried to do in prep was to really build a family.”

Just as Aunjanue Ellis (“Lovecraft Country”) is a familiar face playing their mother, you’ll remember the girls from previous roles. Singleton starred across Forest Whitaker in “The Godfather of Harlem,” while Sidney joined Denzel Washington and Viola Davis in “Fences,” then Taraji P. Henson, Octavia Spencer and Janelle Monáe in “Hidden Figures.”

“This wasn’t their first rodeo,” Green said. “Both Saniyya and Demi had come off of big movies, they had worked with big movie stars before. They were consummate professionals, so you got really talented young actors that knew how to give you reps.”

“They went through a rigorous six-month training schedule to get their bodies in shape,” Green said. “They had never played tennis in their life. Here they are playing two of the greatest to ever do it. It’s a testament to who they are as people, who they are as performers, how vulnerable and magnetic they are. Can’t wait to see what they do next.”

Filming the action sequences was challenging as the girls pushed themselves to the limit.

“That part in the movie where Saniyya falls, it happened because Saniyya was tired,” Green said. “It was the end of the night in the final take. We use it in the film, but she could have gotten hurt. … It’s an actor allowing themselves to be so ingrained in the character to go there. That’s a 13-year-old girl pushing herself to when she had nothing left.”

Don’t worry, no Williamses were harmed in the making of this film. In fact, Serena’s half-sister Isha Price is a producer as the movie has the blessing of the famous sports family.

“The family’s seen the movie, so when they can sink into the idea that this is their father, it’s a testament to Will’s performance,” Green said. “They are 100% blown away by Will Smith playing their dad. That just goes to show how well he crafted that performance. Will deserves all the credit in the world. I can’t wait to see what happens.”

Indeed, it’s Smith’s best shot at winning since he played the inspirational father in “The Pursuit of Happiness” (2006), losing to Forest Whitaker in “The Last King of Scotland.”

“His performance was so lived-in, rich and nuanced that it demanded everybody else to bring it up and meet him on that level,” Bernthal said. “Will’s the most generous actor I’ve ever worked with. … He brings out the best in everybody. He creates an atmosphere where creativity can flourish. … I can’t say enough good things about Will Smith.” 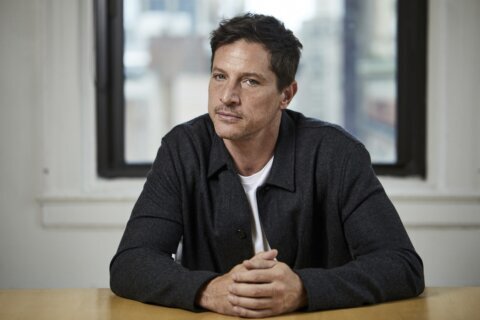 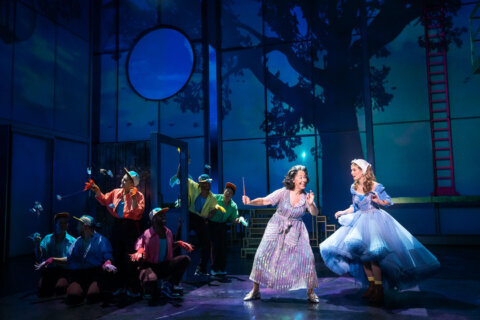