Listen to stage legend André De Shields on today’s “Beyond the Fame” Podcast.

Over the weekend, the Kennedy Center settled a labor dispute with its stagehand union.

That means it can get back to business as “Hadestown” opens on Wednesday night.

“The story itself is a love tale,” Actor Levi Kreis told WTOP. “It’s the story of young lovers, Orpheus and Eurydice, and that of King Hades and his wife Persephone. It is a song that can change the world. We become so invested in the journey of Orpheus and Hermes trying to bring about this beautiful tale that can put the world back into tune.”

The hit musical by Anaïs Mitchell won eight Tony Awards in 2019, including Best Musical, not to mention the 2020 Grammy Award for Best Musical Theater Album.

“I’m a fan of genres of music where you have a singer-songwriter who has envisioned something greater for their music,” Kreis said. “When I saw it, it was actually the role of Hermes that I asked myself, ‘Oh man, it would be so cool to see what I might be able to bring to the table with that role,’ having no idea that I would have the opportunity to do it.”

Kreis (“Million Dollar Quartet”) brings his own Tony-winning chops to play the role of Hermes, which won a Tony for André De Shields, who played the original Wiz in 1975.

“What a lovely human being,” Kreis said. “I had the opportunity to meet André in New York City, albeit socially distanced, but he was so warm and welcoming, as was the entire ‘Hadestown’ family. André, what he has done with the role is stunning. … Prior to André, Chris Sullivan from ‘This is Us’ played him. … We all have our own thing to give.”

What does he love about the musical numbers?

“I love that there’s this New Orleans flavor to so much of this score, even though it’s pretty genre-bending and genre-defying,” Kreis said. “The songs that Hermes gets to do that really lean into the New Orleans vibe are absolutely a hoot for me. It is a party every time I get to bite down on one of those bluesy scales. It is just so much fun.”

Director Rachel Chavkin brings it all to life.

“Rachel Chavkin is stunning to work with,” Kreis said. “No matter how much experience you have, you can always soak up and learn. I have been a sponge around her. Just seeing the poetry and attention to nuance and detail that she brings to life. She leads with the most loving yet efficient way. … I encourage the audience to notice every nuance.”

While it’s based on Greek mythology, you’ll find plenty of parallels to today’s world.

“It’s a beautiful, poetic way of speaking to what we’re dealing with in our own world right now, which I think is what makes it so relevant,” Kreis said. “There is a lot of conversation in the score about climate change. … This simple need to understand our responsibility for the planet has been the thing that has hit home the most for me personally.”

Listen to stage legend André De Shields on today’s “Beyond the Fame” Podcast. 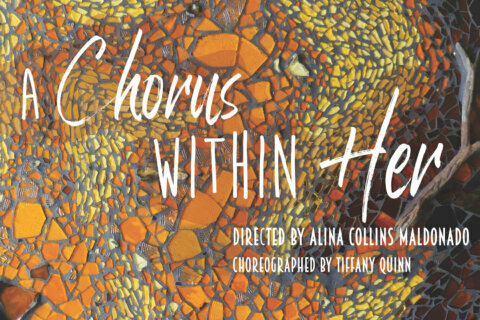